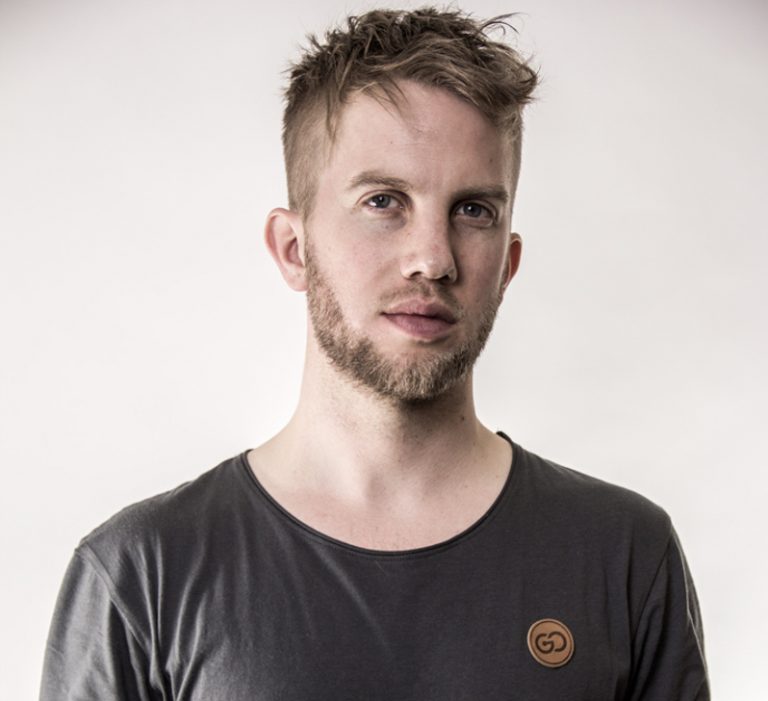 Interview: Going Loco for a Decade with Jake Eley

In a depressing cycle of declining blade economics and lower number of participants, where professionalism in our industry becomes a touchy subject and failing business ventures are the norm, sucessful shops like Brighton based LocoSkates standing the test of time truly are the exception.

Its storefront has been open for over a decade now, and right after celebrating the shop’s 10th birthday this past December, founder & owner Jake Eley launched his latest ventures in the blade industry: the Go Project is now live, and the brand’s first collaborations with Richie Eisler, Dominic Bruce and Gav Drumm have turned quite a few heads already.

What does it take to stay in this tough business for ten years, and what is the drive to keep on pushing, creating ambitious & innovative projects? We touched base with Jake to wish him a happy birthday and learn more about the past, present and future of LocoSkates! Hey there Jake, congratulations on the shop’s 10th birthday! How did the celebration go?
Thanks Freddy. That was in December. We just hired a skatepark, made a cake themed like the infamous Loco grind box, had a band playing in the skatepark and gave out some beers. Sometimes it can be good that the industry is small, 100 skaters, a bit of a party, good times!

What made you decide to start a shop, and from the original idea until the actual opening, how did the whole process go?
It was born out of a lack of direction and continues out of obsession. After seeing a lot of people starting a brand in order to do the bare minimum to tell the girls down the pub that they “own” a company it’s become a bit of a matter of pride to try and do everything in the most legitimate way we know how. There was probably a moment, if I really think hard, where I thought I was super cool for having a shop… That would have lasted right up until the first rent payment I think. It’s been a fight to stay professional and on top of things ever since. My inspiration was my good friends Tom and Rob Woodbridge who opened a shop (Hold No Hostage) just before I did. Rob has actually been working alongside me now at Loco for about 7 years as our dispatch manager. Very few companies last more than a couple years in blading, let alone ten years. What do you think are the factors that kept Loco Skates going for over a decade now?
Lots of reasons but a huge one is staff. Everyone is extremely good in their roles at the shop and it means customer service is better and there’s less mistakes. There’s just 6 of us… doing the work of 12! It’s essential to be efficient with your man-power I reckon. Joby (James Deans) joined us 3 years back and brought a lot to the company, I poached him from managing PC world! He has alot of computer tech knowledge and he was an integeral part of us stepping up our game with the website and inplementing a live stock system. It sounds pretty boring but it’s all made for great progression of professionality for the shop and website. I heard you’ve been serving some celebrity customers lately?
Ha! It’s funny. Occasionally an order will get flagged as “high-risk” for card fraud so we’ll have to follow it up to make sure the order is legit. The other day someone ordered some skates with some dodgy details and naturally we looked them up (US credit cards to central London usually scream card-fraud)! Turns out it’s George Clooneys PA ordering them some skates to the Clooney’s London home. I don’t think you’ll see Danny Ocean down your local skatepark though… The item was clearly a gift. Previous to that Sam Taylor-Johnson (Director of the new 50 shades of grey film) and Aaron Johnson (Kick Ass) ordered 3 sets of USD’s presumably for some recreational fun. We flagged that as fraud too, ha, because who the hell is buying 3 pairs of USD’s for the family in one go, right!? Turns out they actually were.

What is the craziest story you’ve witnessed over the past ten years? And your best memory?
Man, it’s endless. The speed camera viral video was fun. The british media went mad for it because we love complaining about speed traps here. We call it “Speed Camera Day” now… We were in every single newpaper just for pulling a stunt where Sam Tuffnell set off a speed camera on skates.
Another time I had an email from a skater in Romania asking us to come over for a small contest they were putting on so I booked a flight for Lomax, Tufnell and myself off the cuff. Adam Kola was USD team manager at the time and the last thing he said to Lomax as we were leaving was “don’t get too fucked, stay out of trouble”. For some reason the airline thought it was ok to give us as much free alcohol as we asked for. I remember the text Lomax sent back to Kola the next morning: “In a park somewhere in Bucharest, don’t know where I am, lost everyone, no skates”. Haha (we found him in the end somehow, don’t worry)!

What’s Go Project?
It’s my new stand-alone brand. Separate from LocoSkates. The focus is on pro-quality goods and doing it properly. I’m really pleased with the engineering on the final product. I genuinely believe they are the best bearings available in their respective price bracket. We have some nice understated soft-goods too, a backpack coming later in the year and wheels arriving really soon, including a 65mm for summer which will fit on aggressive skates with diviots in the baseplate. The urethane is from a factory nobody has used for aggressive wheels before. Testing on that wheel is ongoing but I can confidently say that the compound is very, very good. What were your inspirations behind the branding?
My girlfriend is into interior design and she is REALLY GOOD at Pinterest! So I’ve been looking over her shoulder a fair amount. I really like neon/bright accents on raw neutral decor so that’s the direction of the branding. The logo itself isn’t my design. I met a guy in the shop who was buying skates for his kids. Strangely he sent an email over to say thanks afterwards and there was a link to his website in his signature. Turns out he’d just designed the new logo for ITV (the TV channel!) which I’m pretty sure is a massively big deal. I asked him to do a logo for me. Just as the bearings were going into production I sent an email to Seba in the US in regards to distribution, Sebastien Laffargue (Mr Seba!), who is French of course, ended up seeing it and pointing out that the logo happenned to be almost identical to the logo for some budget French sports shop chain called “Go Sport”. It came as a huge shock to both me and the designer (to be fair the sports shop logo was a booshier version). We had a major panic and managed to stop the production just in time. It worked out really well because his re-designed logo is much better. And there isn’t a Go Project team, right?
Correct. Instead we have “guest” riders. This means that the skaters get paid upfront PER production run for any product they endorse. The first guest riders are Richie Eisler (Canada), Gav Drumm (Australia) and Dom Bruce (Scotland). They all have pro-bearings. The skaters get paid profits WAY before the company does. I’m a bit tired of seeing blading companies handing out wishy-washy sponsorship deals and good skaters just taking it because they simply want the kudos of being “sponsored”. By paying a pre-agreed amound we can keep things fully above-board. With the shop you’ve quite some experience. Any plans or projects you can talk about?
The next thing is to start blogging more. I’m scrapping the LocoSkates blog and starting SupercoolBlading.co.uk. It will be a more partial and personal blog. I was making alot of uploads to Kingdom Mag recently with the help of Sam Cooper and a bunch of other great UK photographers, however a few things have changed so I’m hoping to be able to still work with some of those heads for that new project. What about blading and its industry as a whole, how do you see its future?
I think embracing “big wheels” will be a great direction for the popularity of the sport. I’m not saying everyone should be skating big wheels, because not everyone wants to, but just in terms of growth and popularity I think that it could be the best chance of gaining new outside interest, if indeed that’s what you want! Some people who are endorsing big wheels at the moment are making recreational “cruising” look alot more appealing than it has done previously. If that can help the general public get over their hang-up of rollerblading being uncool then that will filter back down to aggressive skating and we’ll suddenly have more new people starting to get into aggressive skating again.

Thanks for checking in with us Jake! Any last words of wisdom?
Thanks! Just be positive and stop caring what other people think.