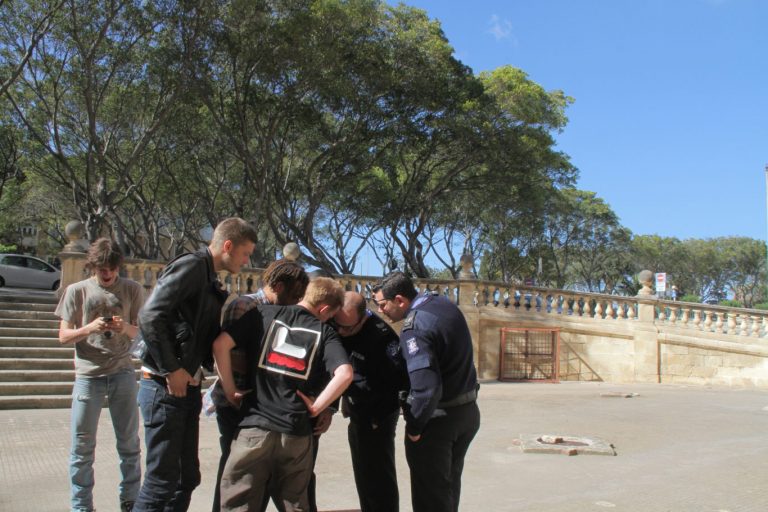 FOR YOUR CONSIDERATION: THE DEBRIEFING

One of the patterns that we’ve all experienced now for (going on) decades is the ritual coffee, beer, Gatorade, Coca-Colas, beer, or smoking that comes after a session with the homies. It gives everyone a chance to chill out and take stock of what just happened. Mostly, people recall the tricks they did, or congratulate their fellows for a job well done on certain things. In other situations, you may spend a minute ribbing a guy who “counted” something that really should have been done better. In any case, this sort of ritual “debriefing” is worth noting because it reminds us of two things.
First, it reminds us that rollerblading and activities like it are really social behaviors. It’s easy to get caught up in all the minutia of rollerblading and lose sight of this fact. Gorillas sit and pick lice out of each other’s fur, rollerbladers recount who did a really good job on the ramp today. The two really aren’t different.

A second thing that’s noteworthy, and something that linguists–like myself–need to be reminded of occasionally, is that language doesn’t hold any sort of supremacy among the categories of human experience.
Language plays an enormous role in the practice of being a human, but, fundamentally, language is just a specific kind of human behavior–and instances like “the debriefing” is a good reminder of this. To put it another way, language is always subject to culture, not the other way around.

It’d be interesting to see what rollerblading would look like without the after-skate hang out, because to eliminate the debriefing would–in many ways–be the same as eliminating the social aspects of rollerblading altogether. Even though it happens in a solitary way sometimes, it seems to me that talk about rollerblading is about as a big a thing as the rollerblading itself.

Just wanted to share that with you. Thanks so much for reading. Let me know what you think about rollerblading as a social practice next time you see me on the interwebz. And, as always, thanks for your consideration!