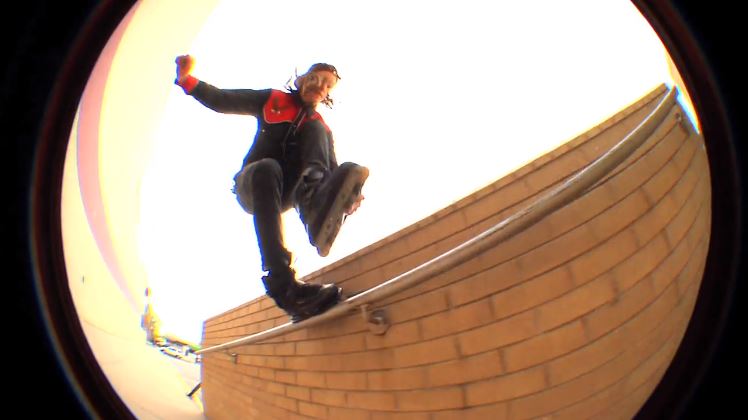 HVMVNGVS IS ONLINE FOR FREE, YOU SHOULD THANK IAN WALKER

In the words of Ian Walker himself: HVMVNGVS_MIXTAPE was the project that sort of spiraled out of control for me, but the men skating in the video totally killed it without a doubt. Isaac Parks, is just nice son. thats it, thats all. the boyz nice. Austin Cooper, once again the boy is NOICE. He can honestly do every trick in the book, quickly. Greg Schlosser, now that a cold blooded killer right there. Greg hurt his knee a month into ttuly filming for this….imagine what would have happened if his knee would have stayed strong? Zach Pavel, hes like my fricking dood. Tightest style, hungriest player in the game, the only problems is that his knee would pop out on almost every single trick we filmed for this…..his knee is now healed and we working on something so get ready. Then there was James. James Kobryn is a god damn nation al treasure. the kid moved out here with no plan but to shred and hang out with his doods. for more than half of this video he couldnt see out of his left eye due to a biking accident, but man the kid is a fucking machine. all these kids are about to take the game by storm. The video was doomed from the start, and we thought i was going to move to SF, so we scrambled to finish….in retrospect wish we would have just chilled out and filmed the best fucking video, but I didn’t, I lost my mind, regained my mind, got clean, and now were all ready to FUCK on. These young champions plan to release their first full length video this weekend, so check out the BAG LIQ VIDEO. – IAN Walker