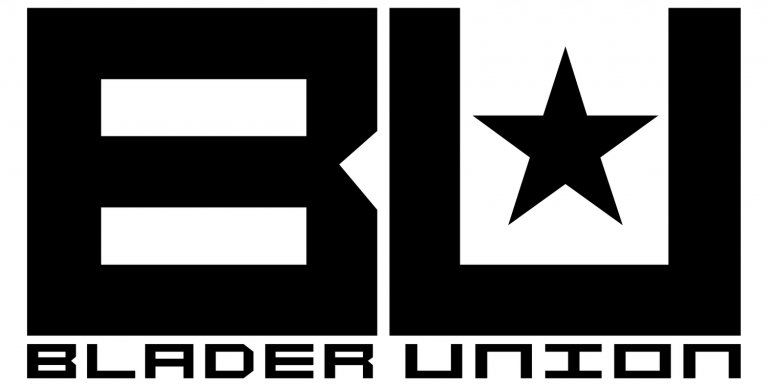 Throughout rollerblading’s history, it has seen a handful of media outlets, and with the times, the level, quality and consistency of its journalism has fluctuated. At its beginnings, print was the ultimate source of any and all information, yet 30 years later it seems more of a luxury. In its place are a handful of online outlets, but one that has seemed to shine with authenticity in its approach has to be that of Blader Union. Founded by Travis Stewart and Daniel Nodzak, the two began their efforts in May of 2017 as a new, one-stop shop for all your media needs. The road hasn’t been easy, but the two are solidifying the standard of approach for modern day reportage. Utilizing a Patreon system to fund their endeavors, they’ve created countless pieces to further the growth of blading as well as define what can be done on the media’s end in terms of cultivating the industry. With Travis on his way to this year’s Winterclash to cover the epic event for a second year in a row via live stream, I sat down with Daniel to get an understanding of the media outlet’s origins and what their plans are for the future.

So, I know we have talked about it before, but for the sake of the interview and those unaware, can you give me a brief back story into how you and Travis met and the beginnings of Blader Union

Travis Stewart and I met about five and a half years ago through the rollerblading forum on reddit. At the time it was very small, with under 1000 subscribers, the previous moderators were getting busy with life and moving on so we took up the reins. Over the next few years we helped organize a lot of contests and awarded prizes to encourage members to skate, hosted Q&A sessions (called AMA’s for Ask Me Anything on reddit) with industry figures, pro’s, or other notable rollerbladers.

We kept busy in our own little corner of the rollerblading world and worked well as a team but eventually we reached a point where we felt a bit constrained by what we could do as two guys on a forum. So in late 2016 we started taking some of the ideas we’ve had over the years more seriously. We wanted to find new ways to reach out to the rollerblading community at large and have more of a direct positive impact on and offline. Through those talks we ended up with Blader Union. A non-profit media source which strives to bring people all the best content daily in addition to creating our own, all while putting as much money back into the industry as possible.

So how long now have you guys been working under the BU moniker, and what do you feel is the most challenging part of doing reportage in blading?

Blader Union officially launched on May 1st 2017. But at that point we had been quietly developing it for six months. We spent years tossing around ideas from time to time without ever doing anything big with them so when we finally decided to make something happen we really just needed to fit the pieces together. That meant building the site and start fleshing out a content archive. It was tedious work with plenty of late nights and no short term rewards but necessary. Nobody wants to visit a site that doesn’t have any features or content so it was important that anyone coming to Blader Union on day one had a lot of stuff to dig through.

The most challenging part? There are lots! But I think the biggest hurdle any blading media outlet faces is the deluge of content coming through social media now. There’s a lot of content sources to keep track of, each with their own core groups of creators, and once you’ve found something great it can be difficult to draw attention to it. Especially when most blading sites are run by skeleton crews with day jobs and lives to lead outside of blading.

News outlets like Be-Mag and Blader Union can’t afford to be passive. You’ve got to actively engage your audience on social media and drive traffic to your service. Social media has completely changed the way people find their news. It’s not really a good thing or a bad thing, it’s just different. But from where Travis and I are sitting it means there’s just a lot of things to juggle with a limited amount of time to do it. It’s not as simple as creating a great site and waiting for people to find it.

So right now, it is you and Travis mainly doing the work. I see that Kevon Thompson is doing a weekly recap video of all things blading related, which I think is great. It’s nice and short and keeps to the point. Do you guys see yourselves expanding your staff? Are there any other realms of media that you feel you’d want to embark on?

We’re a two man operation and I’m not sure that could actually change even if we wanted it to unless there’s some miraculous resurgence in rollerblading’s popularity. We volunteer all of our time spent running the site and use the generous support we receive from our backers on Patreon to put nearly every penny back into the industry through event sponsorships, paying pro’s, photographers, and videographers to produce exclusive content, or by funding other projects we think will continue to help the rollerblading community move forward into the next decade.

Kevon Thompson’s “This Week In Blade” is off to a great start and it fills an important gap in the way news is spread through the industry. With his quick, punchy, editing and sense of humor Kevon highlights the absolute must-see content released each week. If we’re the daily newspaper then he’s the weekly digest. I wish it was affiliated with us but that’s all him. He’s been nice enough to give us a shoutout in every episode though and we couldn’t be more grateful to him for that.

Blader Union paired with Stefan Brandow in December of 2018 for his latest edit release for Roces.

Right now we’re focused on our Winterclash live stream coverage but looking at 2019 as a whole we’re hoping to increase the amount of original content we produce like Travis’ Bladecast vlog and my written output. We’ve got other things in the works too but I don’t want to count my chickens before they hatch. Last but not least, we’re hoping to get more Crowdfunded edits completed so we can put money into the pockets of hardworking bladers like we did last December with Stefan Brandow. Although getting those collaborations off the ground isn’t always easy. Agreed. I think one thing we talked about in the past that would be a neat idea would be for there to be some sort of smart phone app for blading news and what not. Do you think something like that is feasible?

It’s certainly feasible but I’m not sure we’ll be the ones planting our flag first. For one thing it’s cost prohibitive and development would eat up a lot of our time that can be better spent concentrating on our site. We’re also very happy with the performance of our site on mobile browsers so without saying never… It’s not a priority. We had been in talks to provide our aggregation service for a third party but we haven’t heard from those folks in a few months. That could still happen but I guess we’ll see.

Alright, so I am gonna end this with a simple yet not so simple question: what do we need more of, and what we need less of?

I think we need more direct communication between the upper echelon brands and professionals with their audiences. With the industry being as small as it is currently I think a unique opportunity to foster strong relationships between consumers and brands is being squandered.  Jon Julio might be among the few that’s truly taking advantage of his position and the relatively small small size of this industry to build a brand that people feel a connection to beyond simply liking the product.

I guess this is going to end on a bit of a downer but for a subculture that’s constantly preaching about unity I see a lot of fractures forming at a moments notice. It seems like rollerbladers are always waiting on the next thing to get outraged over with little to no regard for facts. People jump at the chance to have their preconceived notions validated based on gossip and rumors. I think we’d benefit from not jumping to so many conclusions about the inner workings of brands, employees, and pro drama just because someone made an unsubstantiated claim on the internet. That circles back to my first point.  If we had more communication between these high profile figures and the audiences that are clearly eager for information I think we might avoid some of the toxic nonsense that crops up every few weeks.

Blader Union is one of rollerblading’s top source for blade media and coverage.