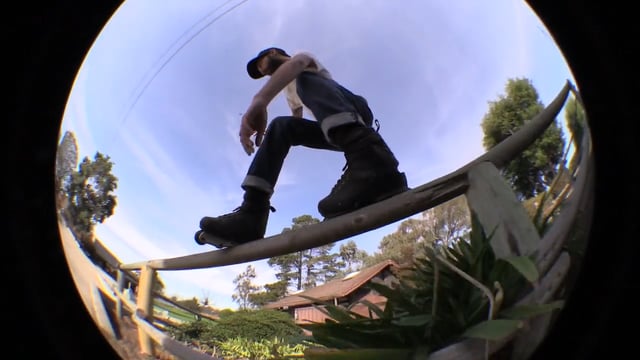 ERIK BILL’S JUST PASSING THROUGH: MORRO BAY IS OUT

Erik Bill just dropped his latest VOD that he has been teasing on social media. Here’s what’s it about: “The NDN presents Just Passin’ Thru – Morro Bay.The first installment of the series that takes different members of The NDN team out to some lesser known towns that are rich with blade spots.
In this journey you’ll team up with Nicholas Swan and Jett Rennert as they rent our van in Salt Lake City and head out to central California. Along the way they stop in Las Vegas to blade/film with our friends Tony Rivituso and Walt Austin. Upon arriving in Morro Bay, CA they meet Erik Bill, fresh off his plane from Boise, ID. After a couple days of absolute destruction on Morro Bay and it’s neighboring towns we get a knock on the door from our buds, Casey Bagozzi and Sean Keane who just made the drive over to film their share. Everyone bladed hard and bladed well”.

We’re already downloading and will tell what it’s like very soon. You can get it here.