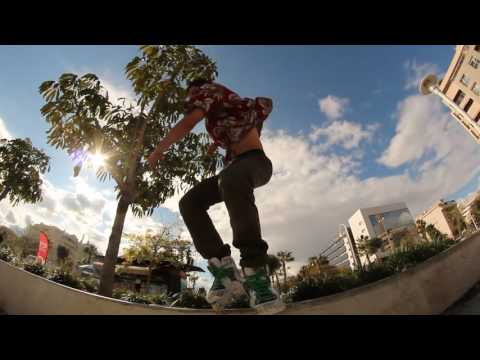 Danish blader and former Remz team rider Alex Popovic moved to sunny Malaga to spend the winter season far from the harsch Scandinavian winter, and judging by his latest section filmed down there in Spain, that wasn’t such a bad idea! Cruising the streets of the city on different setups, Alex lays down both technical bangers and interesting maneuvers on weird spots: it results in quite an interesting piece, so give this one a watch already!

“My first street edit since 2012. I had the pleasure of spending almost 5 month in Malaga with the goal of learning spanish, skating and filming. Thank’s a lot to Gilbert Gonzales, Aritz Ortega and Brett Davies for lending me your hands to make this one! Also thank you Juan Suárez and Alex Burston for some additional clips! Filmed through december 2015 until late april 2016.” – Alex