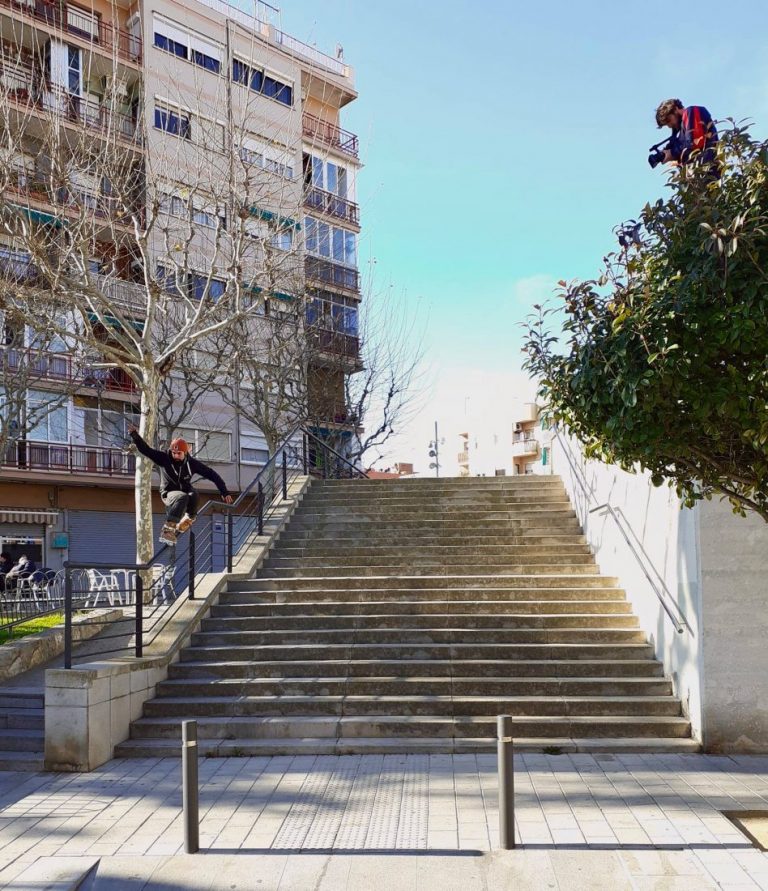 The Spanish stuntman Carlos Bernal has just released his 2020 “Profile of the Year” nominated “City Fade” profile online for your entertainment and bewilderment! The groundbreaking video was filmed in Barcelona by Teles Angel with assistance from Marc Moreno. “City Fade” was filmed over the course of two years and Carlos had his fair share of adversity in creating the monumental profile, such as several injuries he endured while filming the video and also that damned worldwide pandemic that won’t seem to go away.

Through the years Carlos has shown a wide range of technical abilities and fearlessness that are mostly unmatched within our sport and have led to Carlos being awarded several signature products from companies such as Undercover and USD and has Carlos being touted as one of the greatest stunt skaters of his time. And “City Fade” seems to be Carlos’ magnum opus (at least so far). At a whopping 9 minutes in length, Carlos absolutely slays Barcelona’s most intimidating spots with relative ease and makes it all look downright immaculate in the process. There is no ledge that seems too gnar, no bank which seems too steep or kink which seems too…kinky? Maybe not that, but you get the jist of what I mean. Carlos is a bad mo-fo and “City Fade” hits like a ton of bricks. So peep it now and prepare to be amazed!