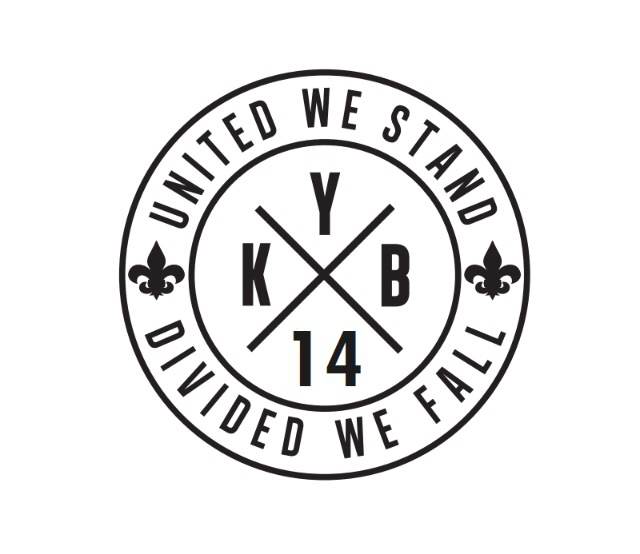 What started as friendly competition between 2 cities, Louisville & Lexington KY in the year 2000, has gained momentum and become a staple of the South East US Blade Scene; all while keeping its rich heritage as a giant session and crowning a champion for the day. We are a few days out of this year’s event and we wanted to take some time and share some great memories from the last 14 years, thanks to our loyal supporters and friends at Be-Mag.

A little background on the contest series: (502) Louisville & (859) Lexington began this rich tradition with a challenge, who had the best crew at the time. But, little did scene leaders, Josh Ganz & Doug Williams realize, they had started a fire. Year after year, they came. Every year it got bigger. Each scene was breeding bladers such as Louisville’s, Mark Wodja, Emmett Pope, Te’j Matthews and Mike Branch. Lexington at the same time was birthing future contributors such as Max Ballestero, Helton ‘Brazil’ Siqueira, Scott Hatton and more… The word spread across the region and we witnessed people such as Jordan Dale, Michael Cole, Steven Tat, Daniel Powell and Chad Anthony, just to name a few, hone their skills and stake their claim in the scene. People began to travel South from Illinois, Ohio, Michigan. People began the long hike West from the Virginias and Carolinas. All while Tennessee, Georgia, Florida and more began to caravan North year after year.

This special weekend became a reunion for us all as we all fought to stay relevant in the blade game. No matter where each of us were in life with blading, school, career paths, etc… this was our sanctuary. Nods became bumps, bumps became hugs & now with Social Media we are all able to collaborate and carry out this annual tradition while keeping up with one another throughout the year. I personally have only had the chance to be involved with the organization of the event for the last few years and more so since joining the ranks in the 502 @newloucrew. Therefore, we turn the spotlight to a seasoned battle leader. This man has been in the game for many years. He has seen so many come & go, he’s experienced the sting of loss from fallen brothers more than once both literally and figuratively. He has nearly single handedly been responsible for keeping the blood flowing in this series. He is a leader in this state and a staple of our industry. Ask any blader around the globe that has had the opportunity to witness the dude’s charisma. They will attest to his generosity and vision. He is a blader through and through. His personality is contagious. I have held this guy as a role model since the first time I starry eyed watched him back flip. Join him as he takes us all down a quick trip of memory lane celebrating 14 years of the Kentucky Battle. I give you my brother, Mr. Doug WIlliams 2nd.

Top 5 Battles
1. 2001 Had one of the best parties known to man
2. 2004 was über brutal…. I think everyone got broke off.
3. 2005 was a blast. The last of the “2 Day Weekend Battle” tradition because everyone kept bitching about having to skate hung-over on the second day.
4. 2008 No Comment… but that year was visually amazing during the Lexington portion.
5. 2010-13 Nothing but the best fucking skating, consistently having a blast, it’s been so rad!!

Top 5 Champs:
1. Tri Rudolph
2. Mark Wojda
3. Carson Starnes
4. Steven Tat
5. Fuck it… Everyone who comes out is my favorite winner regardless

Top 5 Spots
1. Henry Clay Blue 17 stair handrail in Lexington. No one ever wants to go, but everyone continues to kill it up on arrival time and time again.
2. LTMS in Lexington. It brought the ruckus in 2011. It was a C hand rail with 9 foot drop. The only way on was to hold on around the curve from the flat or to leap from the roof next to it… shit got buck.
3. Railway to Hell in Louisville. This fucking monster of a rail is literally an entire hillside.
4. Ballard High School Ledge. It’s a 17 stairs (maybe) ledge with a long handicap rail directly next to it, I always had fun there.
5. Anthony Armstrong Rail. As seen in the Mindgame Brain Fear Gone, it’s laid its claim to fame with a Omar Wysong Fishbrain, but since has been renamed twice.

And of course the Blades!

See you guys at this year’s KY Battle, it’s just another installment in a rich southern tradition, y’all have a good time now, ya hear!

The 1st Annual KY Battle Down Hill Race: Brought to you by Rollerblade USA & Sunshine Dist

Please be sure to find all of our Event Supporters on Instagram and Facebook. For more information or any direct questions you can email us kyb.mmxiv@gmail.com or Follow us on Instagram @kyb_mmxiv for up-to-date coverage of the event. Thank you for your many years of support. We hope to see you in Louisville KY August 30, 2014,

Check out more pictures from previous years on their insta: instagram.com/kyb_mmxiv