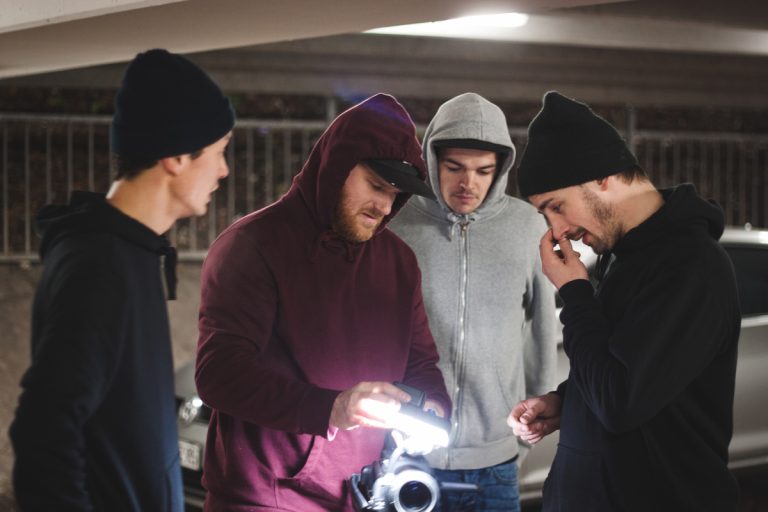 Randy Abels got at Be-Mag a few days ago to try and promote the patspang video project P, and one thing lead to another, ya know, yadda, yadda, yadda, and all of a sudden, we are running this interview with Randy, Dick Heerkens and Remco van der Pol, the Dutch collective named patspang. Hi patspang! So tell me how did you guys came up with name patspang? Someone told me Willem (Remco’s son) did something wrong and Remco slapped him around the ears and yelled PATS PANG.

RA: patspang is pretty old, when I moved to Amsterdam one of the guys I saw sometimes always yelled patspang! After that I used patspang@hotmail.com for all my bullshit memberships if I had to leave an email. Last year the posse went on a party weekend to skate and have a good laugh and we created the instagram account. And it’s also true that Remco uses the phrase patspang for correctional purposes in everyday life, so do I
DH: I use it at home too.

How did this project come to life?
RvdP: Just because we didn’t want to go and skate indoor parks over here in the Netherlands. Same shit every time, so we went to a parking lot, just like back in the day, nothing too serious just skating for fun.
DH: The first session didn’t last more than 10minutes and we almost moved back to an indoor park. But as we see now, P’s are the perfect spots to skate when it’s cold, windy and wet. Most of the time we can skate as long as we want.
RA: Mad love for QPark they gave the best spots and parking lots. Smooth ground, nice curbs all that jazz. You guys probably paid a lot of parking money. Ever got in and out for free or got fined?
Any idea how much you guys spend on it?
RA: think we’ve spend an average of €2,50 a session, and we’ve sessioned about 25 P’s, so do the math Cavin! Some of them didn’t have any spots at all. But if you enter them and get your ticket and leave within 30 minutes you are free to go.
RvdP: We sessioned in: Amsterdam, Haarlem, Leiden, Zaandam, Arnhem, ‘s-Hertogenbosch, Utrecht, Nijmegen, Amersfoort. Some of them are really great. Enough spots, nice temperature and we could stay for hours.

The cast looks like a good set of skaters, Was it ever planned to get this big? You guys covered a lot of citys/parkings.
DH: it just started with the three of us. We always have a good laugh during sessions. After a while we just hooked up with cool people we would like to skate and hang with, and clips were stacking up. So we decided to release it later as a video.
RA: We also got inspired by the FTS unten video you know, born out of the same motivation I guess.
RvdP: Just played around with the cam, tried out some stuff and now we need to dig through +500gig media data. I heard Remy Cadier is getting a bonus section with some nice 360 in there, is this rumor true?
RA: Where did you get this intel from, who’s your source? Well this banger already got exposed on our instagram account. On December 30th of last year to be precise, haha.

I myself joined a few times on the mission and was suprised how many sick spots those parking garages holds. Did you guys just hope to find spots when you entered or did you guys did any research?
DH: It was fun to have you around, specially like sharing a nice steak with you and some alcoholic beverages!
RA: I only searched the addresses on the web and occasionally looked at some images if they were available. Remco did more research he visited some garages for a sneek peek. What was the craziest story of these winter months filming for this project?
RvdP: I pissed my pants when Dick missed that “mizou” on a low flatbar in Almere. We had a blast every evening about all sorts of things.
RA: for me it’s just how it all went down. As a daddy of 2 girls, a dayjob and pleasing my girl I found time to skate at least ones a week in the evening. After the youngest went to bed I packed my gear and jumped in the car. Mostly we started the session at 8pm till midnight-ish. It just juiced me to skate, so much more than other year during wintertime. Just a lot of fun with cool peeps, pretty crazy right…
DH: just too much to mention

Which #valo would win a parking battle? #valokrommenie or #valoarnhem

Remco filmed most of this movie but will we see a old man Remco profile in here? Will it be profiles or just session montages?

RvdP clips for sure! Dunno yet how we gonna put it together. First we need to shortlist some fine tunes.

You guys are doing The Prize-Pot at Winterclash. You chip in and share who’s going to win the clash. From every €5,- in the pot, half of it goes to the winner of the ‘clash and the rest is divided by those who predicted the winner of the ‘clash. If you can place your bets knowing a tiny bit who is competing, who would you bet on?
RA: Sven Boekhorst
RvdP: Dunno, very hard to say. It depends on the new obstacles and who’ll bee in the finals. Joe Atkinson is on top of my list.
DH: Doesn’t really matter. The cool thing is that the winner will get some extra cash from all the participants of The Prize-Pot. It’s our way to support the Pro’s who give all of us some good skating. After this is over will you guys settle down life large of the VOD money and spent more time with your kids, or is there any new project planned?
DH: VOD? hahahahahahha
RvdP: Stay at home with the kids man.
RA: Wait for tonight and try to take over the world.

Thank you guys for your time but my parking meter just ended so i have to go.
Any last words?
Thanks for hitting us up Be-mag and Cavin.