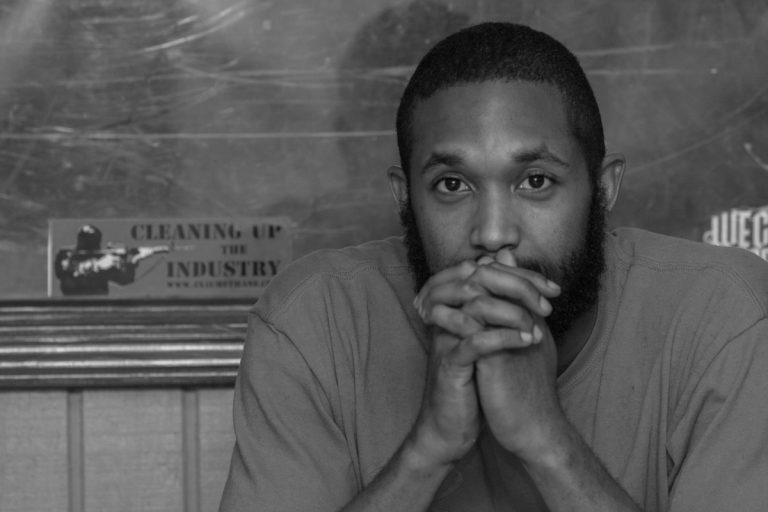 Daniel Henderson is this undeniably talented individual who will pop up on your TV screen every now and then, leave you bewildered by his athletic skills and blade abilities, and disappear without any clue as to when and where you will get to see him again. Fortunately, with the anticipated release of Footage Tape‘s 4th episode, for which he collected a healthy number of stunts, and the upcoming Epoch promo edit he just got done filming for, this time it seems like Daniel will stick to your retina for good. We took the opportunity to get in touch with photographer Corey Oringderff and shot Daniel a few questions, and once again, the Macon crew delivered!

Today is the day you finally get to learn a bit more about this fine Southern gentleman: here is our Insight with Daniel Henderson.

First ever video you’ve watched: I think it was VG 16 or 17 when I went into the Skatepile shop for the first time.

Favorite Pro: There are too many to pick just one. Broskow, Sizemore and Eisler are definitely top for me though.

Favorite Am: Same thing dude, so much talent out right now… But Carson Starnes has been killing it lately.

Worst artist / band: Fucking everything that I don’t look for but just pops up on the radio or on TV. It’s all pretty shitty now. 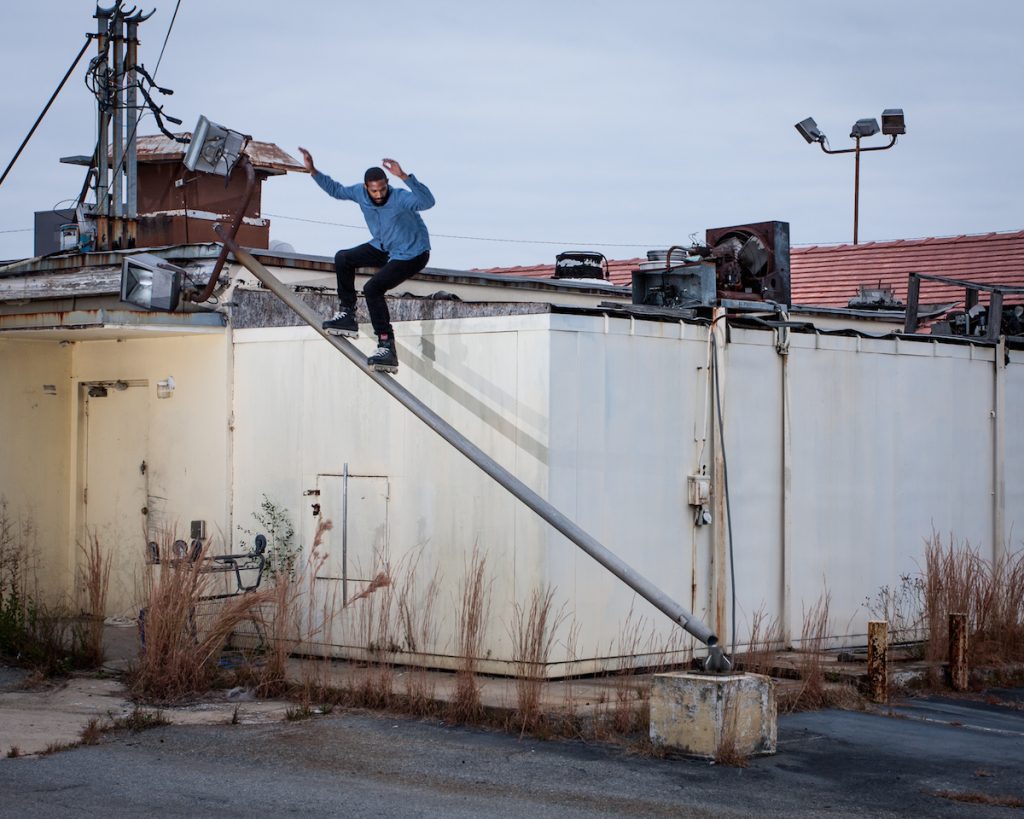 Favorite food: Tacos bruh. Any kind, as long as there’s tons of Cilantro and lime juice.

Best job: The one I just got at this Growler / homebrew store called Lazy Dog.

Worst job: The one I just left at Kroger. Waking up at 4:45 in the morning is not for me.

Worst city:  haha I hope no one gets upset about this, but Louisville, Kentucky. Maybe it was the timing, or the situation but I had no fun in that city both times I’ve been there. That KY battle was sick though.

Favorite terrain to blade:  Weird street ramps, any thing with a wall ride too. There are only so many grinds to do.

Worst injury: Probably when I messed my ankle up at A-town stomp back in 2010 I think. Couldn’t skate for like 8 months.

Last trip: With school, I haven’t been able to journey as I would like to, but besides my frequent trips to Atlanta, it was to the Motor Town Classic with them Oso boys.

Next trip: No idea, taking 5 classes this semester. Gonna be rough.

Next video part you’re filming for: Epoch Frames promo. Probably some other online bits here and there.

How’s the scene down in Macon, GA, and how involved are you with the crew?
The scene literally consists of me, Seth Lloyd, Phillip Deal, Kyle Sneed, and Corey Oringderff. So it’s pretty small, but strong. We need more young kids getting into it though. I’d say I’m fairly involved, I just skate when I can between classes and work.

As a handsome black man, how was it growing up in the South?
Haha it’s fun man, and we got Zaxby’s so that a plus… Apparently my girlfriend and I don’t have the southern drawl that most black folks around here have, so we’re constantly asked where we’re from, or people think we’re from the North.

Despite blading really well for a long time, you’ve managed to stay undercover until now. Why do you think that is?
I wasn’t trying to stay undercover haha. I think it has a lot to do with my location and ability to travel. Over the last maybe 3 or 4 years I’ve done more travelling and it has helped me meet a lot of people, and along with features in edits and skating in competitions and what not, I feel like it has helped to get my skating out there to more people. But honestly, exposure isn’t really my goal. I do enjoy getting clips because it’s just a satisfying feeling. But for now, blading is just blading for me.

You are currently riding prototypes from the mythical frame company Epoch, can you tell us a bit more about the frames, and the re-birth of the company?
I’m rocking the rare and elusive Epoch frames haha. The frames have been holding up quite well. The original design that Tom had back in like 2004 was a metal skeleton with a uhmw plastic compound sleeve around it designed for flat rocker riding. The new design is a damn near flawless design of an all plastic street frame geared more towards anti rocker setups. From what I understand the frames are poured in such a manner that the possibility for air bubbles is eliminated, which means no weak spots and cracking frames. I don’t know what material it is, but it is very impressive in regards to durability. I’ve been riding mine for maybe 4 months now and the groove has developed to be perfect and quick and is kind of holding at the spot it’s worn down to. As far as future plans for the company, I’m kind of in the dark on the matter. I have no idea what the price will be. But I would pay a max of about $70 for the frames because I think they will out last most frames on the market.

Why don’t we get to see more Ehalt footage these days?
That dude is living in Athens, GA. I’m not sure but I think he’s still in school. He has no one up there to film him or skate with, so I’m guessing he rarely skates. But, he does keep telling me and Seth to go out there for a weekend of blading, so maybe something will pop up soon.

What’s your most memorable Gumby story?
Oh shit there’s so many. For starters, back in like 2009 or something, he would come to Macon on solo trips aaalllll the time. Lots of whisky drinking and stunts. One particular night, we just got real ridiculous, and took off our belts and started whipping each other shirtless until one of us gave up. But, before one of us gave up, this girl started having flashbacks or some shit, and had to run to another room to cry. I thought it was funny. There’s that story, and the time we were in Alabama and he knocked out his front tooth, skating a disaster ledge, in the rain, while tripping balls.

What’s next for Daniel Henderson?
Well after this fully loaded semester, I’ll finally have my bachelors degree in information technology, then my girlfriend and I are moving to Atlanta. And hopefully it’ll be followed by years of success, blading, and just living it up.

Shout outs?
All the bladers in the South and still keep it gangsta’. And especially the homies here in Macon. 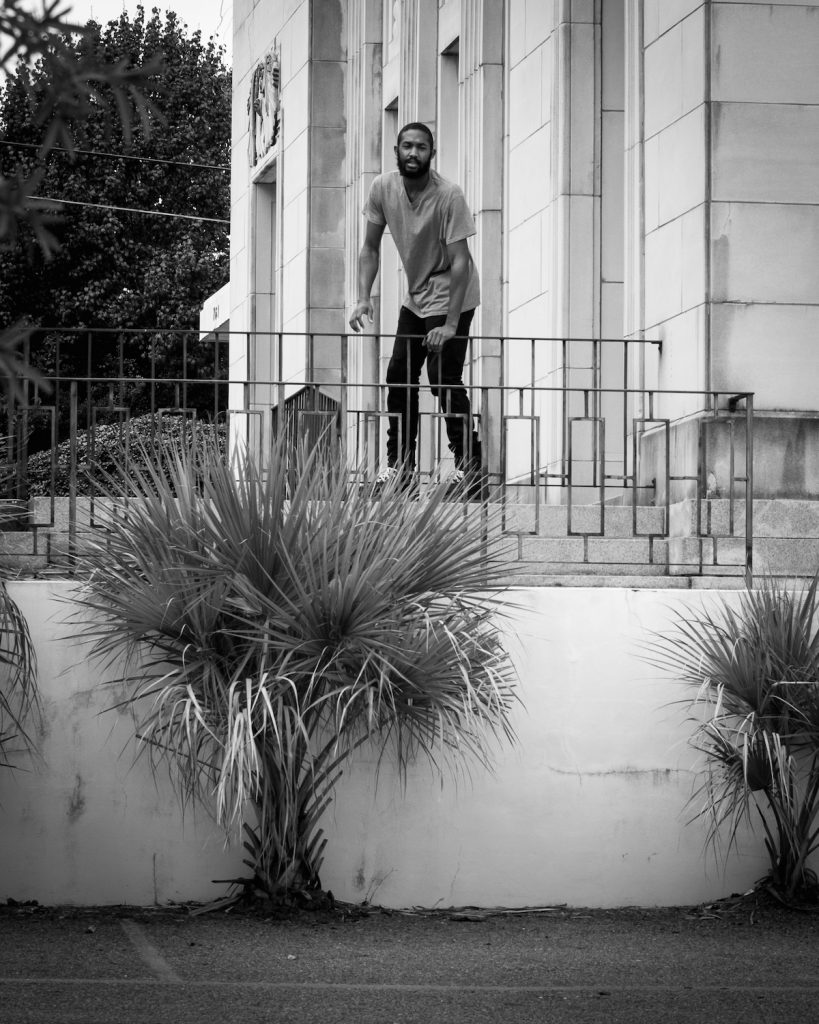