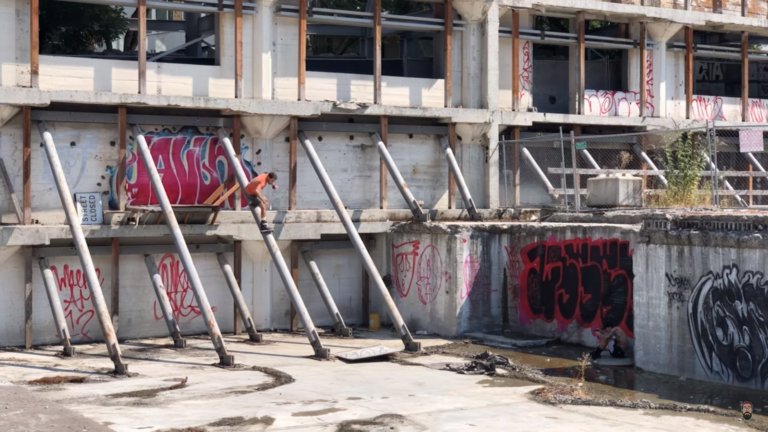 The Masterblade Company have released their first team video titled “Macrodose“, which features full profiles from Masterblade founder Kareem Shehab, as well Philip Moore and Michael Braud. On top of the entertaining new video release they have released some incredible new signature wheels for a couple of legends as well. The first being a new pro wheel for the negative master Philip Moore and the second being a dual wheel release for Michael Braud.

Masterblade’s new line includes a new wheel for Philip Moore’s which comes in a bright pink urethane with artwork by @compost.cowboy in a solid 60mm size and 92a hardness. Michael Braud was given a dual wheel release in the form of a classic white urethane 60mm 92a hardness wheel and a 47mm 92a anti-rocker wheel, with artwork by Emma Escamilla (@@emma_escamilla) & Jeremy Beightol (@jeremybeightol). They have also made available replacement frame walls and h-blocks for their innovative High/Low frame as well as a 47mm 97a anti-rocker wheel as well.