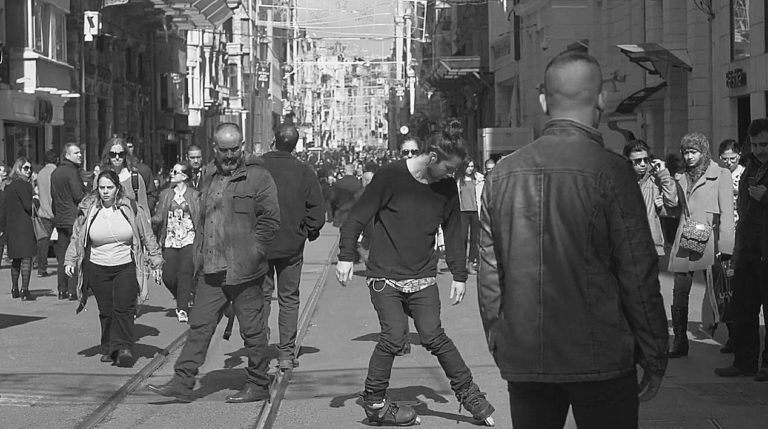 For Your Consideration: Educated Guesses (Pt 1)

Two weeks ago, I wrote about Language Death, the Welsh, and Rollerblading. It was intended to give some context for this article and three others that will follow in this little mini-series on rollerblading’s demographics. But this project really began about four or five years ago, so here’s some additional context and a mini refresher in case you didn’t read that previous article: www.be-mag.com/article/for-your-consideration-language-death-wales-and-rollerblading

Once upon a time I was sitting in a lecture hall in Bangor, Wales listening to a talk on something called “language death” by David Crystal. He’s a renowned linguist and professor emeritus at the university. In his talk, he outlined the fairly narrow set of conditions necessary for a language to die.

This is what he said:

When a language has had, at one time or another, a large population of native speakers (let’s say over a million) and that number falls below about 100,000 native speakers, AND there are more old people speaking that language than young people, that language is usually already doomed. Specifically, Crystal’s data suggests, the language will be completely gone within a mere 3 generations of those first two criteria being satisfied. 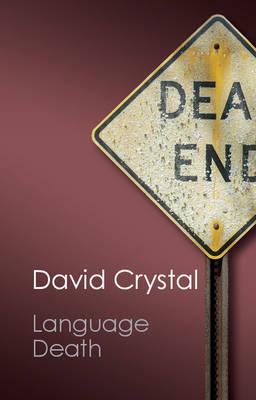 This got me thinking: does rollerblading have fewer than 100,000 “native speakers”? Don’t we have a sense that there are more “old guys” blading now than “young guys”? Does this mean rollerblading as we know it will only survive three more generations?

These are fairly disturbing questions that don’t really have any easy answers.

And even if we could get answers for these questions, what would it mean? What can we do with that information?

This current essay is the first of four that I intend to use to shed some light on rollerblading’s current state of modesty, and to try to bring some hard data to the conversations that are talking place throughout the rollerblading world. My goal here isn’t to answer any question “once-and-for-all,” but rather, hopefully, to get a conversation started about these topics so that better information might emerge.

So, to give you a sense of the specific questions I want this four-part mini series to answer, I’ll start with these three:
1. How many rollerbladers there are right now?
2. How much money do they spend on rollerblading annually?
3. How different are those numbers from what we might have expected, and what are we to make of that?

Unfortunately though, there is a single question that has to be answered before I can tackle any of those, which is simply this: what’s a rollerblader?

If I’m going to start making educated guesses about how many of us there are or how much we spend, or what any of that means, I need to know WHO WE ARE in the first place.

One of the first issues that we come to when attempting to answer this question has to do with talent, time, and specialization. Now, no fair definition of a rollerblader can be based on talent. You don’t have to be able to true fish a kinked rail to “count” as a rollerblader. 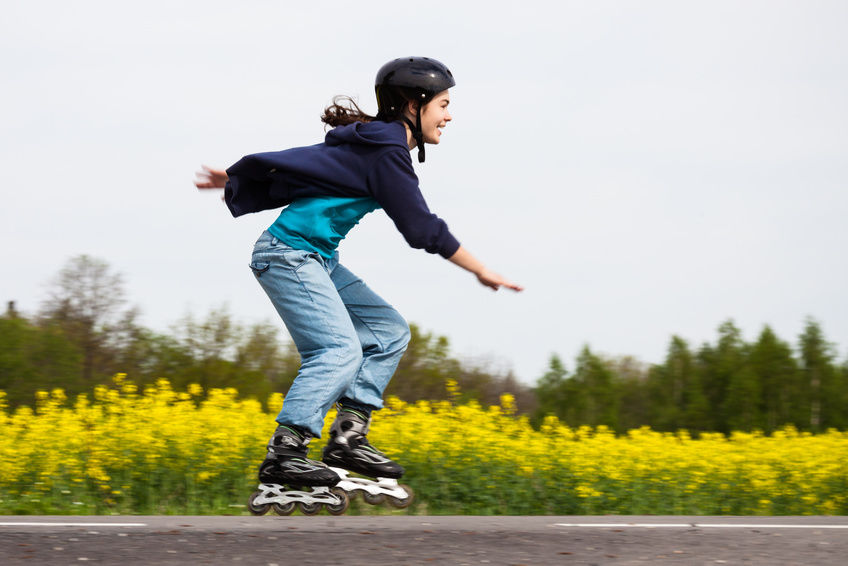 I also don’t think longevity is a very big deal. Some of us have been rollerblading for 20 years or more, and some of us have only been skating for 2 or 3 years. How long you’ve been doing it isn’t what makes you a rollerblader.

That would be preposterous. If you’re a rollerblader through and through, it doesn’t matter how long you’ve been doing it.

But, on the other hand, it is very important that you have the ability to do some kind of rollerblading tricks, because that is the primary basis of who we are—rollerblading people who do tricks. But, even there, the specific kinds of tricks you have to do in order to be one of us are rather particular. Cone skating doesn’t really “count” to most of us, but rolling backwards on a bench does.

So where do we draw the line? With jumping? With grinding?

A real answer probably lies somewhere in between, but honestly, I think there are better ways to contour our definition with additional (and different) strictures. So for now, let’s just start by saying that—for my purposes here—an “aggressive” rollerblader (god, “aggressive” is such an awful term) is simply somebody who does tricks on rollerblades.

But clearly though, that’s not enough. We’re going to need some additional strictures that further narrow the context of who we are without getting mired in what kinds of tricks “count” or make somebody a rollerblader.

So the next thing we’ll need in our definition is something that will segregate us from others who do tricks on rollerblades. For me, that next thing is language.

Language, as a defining feature of our definition here, helps us narrow down the masses to the target we’re actually looking for—which is to say, people like you and me. 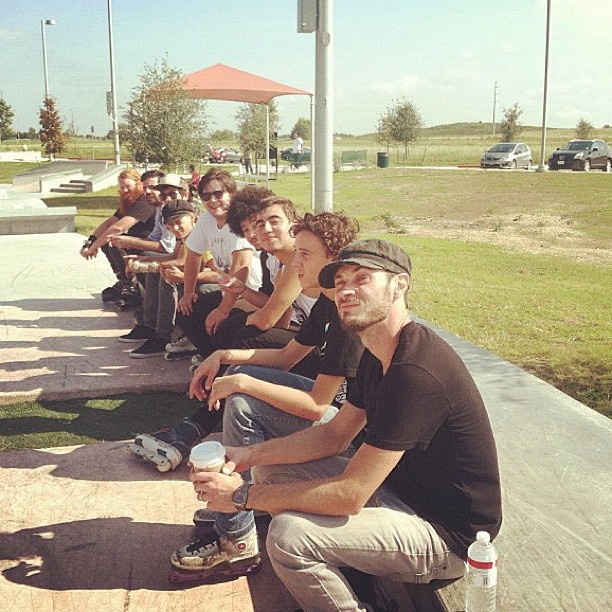 But we didn’t invent it from nothing. The language of rollerblading—in its current form—is the result of more than two decades of all that skating, hanging out, suffering, and celebrating we’ve done together. Our language is the direct descendant of the things our culture does, and a derivative of what we need it to do for us. So to know our language, you really have to know our culture. Strictly speaking, to know the language of rollerblading, you really have to BELONG to the culture.

Consider this: nobody describes a trick in the following way: Billy Rollerblader 540ed out of a topsoul that he began half cab.

As a native speaker of rollerblading, you know that such a thing just “sounds wrong.”

So what we’ve got so far in our definition of a rollerblader is 1) Some ability to do rollerblading tricks, and 2) The linguistic faculty to discern a full-cab-tru-fish from a backside unity.

But, as we all know, there is a huge number of people in the world who can do those two things but no longer “count”—as it were—as rollerbladers. They have either quit rollerblading or otherwise moved on. And there are a lot of people who have done this.

So we need to add a further dimension to our definition of a rollerblader that only includes the people who are still rollerblading right now.

To do that, we have to specify that a rollerblader must—in one way or another—still participate in the rollerblading community. For instance, there might be some guy way out in some lonely dusty west Texas town who owns a pair of New Jack 5s that he bought at the local Sports Emporium, but that in itself can’t make him a rollerblader like you or me. To be one of us, you really have to interact with at least some of us.

Now, this can take many forms, and I think it’s best not to be too specific here. Reading Be-Mag—even if, for instance, you’re not a big player on the message board—would count here. So would being in a Facebook group and commenting on videos, posts, or whatever. So would attending a weekly session with the homies. Same with attending an annual blade event like a contest or road trip.

So, almost any involvement with the rollerblading community—that is, those who 1) do tricks on rollerblades and 2) speak the language of rollerblading—counts as participating, as long as the person in question does numbers one and two also.

As I hinted at before, the goal of the third criterion—or for that matter either of the first two criteria—isn’t to say once and for all who IS and who ISN’T a rollerblader. The fact is, there is a certain number of us rollerblading right now, and it’s a smaller number than it used to be.

To summarize, I’m at the beginning of writing a fairly large scale project that aims to discover how many rollerbladers there are in the world right now, how big the rollerblading economy is, and what those things might mean for the future and for right now.

We’ve started off by saying that a rollerblader is 1) somebody who does tricks on rollerblades who 2) knows the names of those tricks in accordance with the rest of us, and 3) participates in some meaningful way with the rollerblading community.

In Part 2 of this series, we’ll get into the nitty gritty and look at some actual estimates of just how many of us my model suggests there are out there in the wide world of rollerblading.

Until next time, thanks for your consideration, 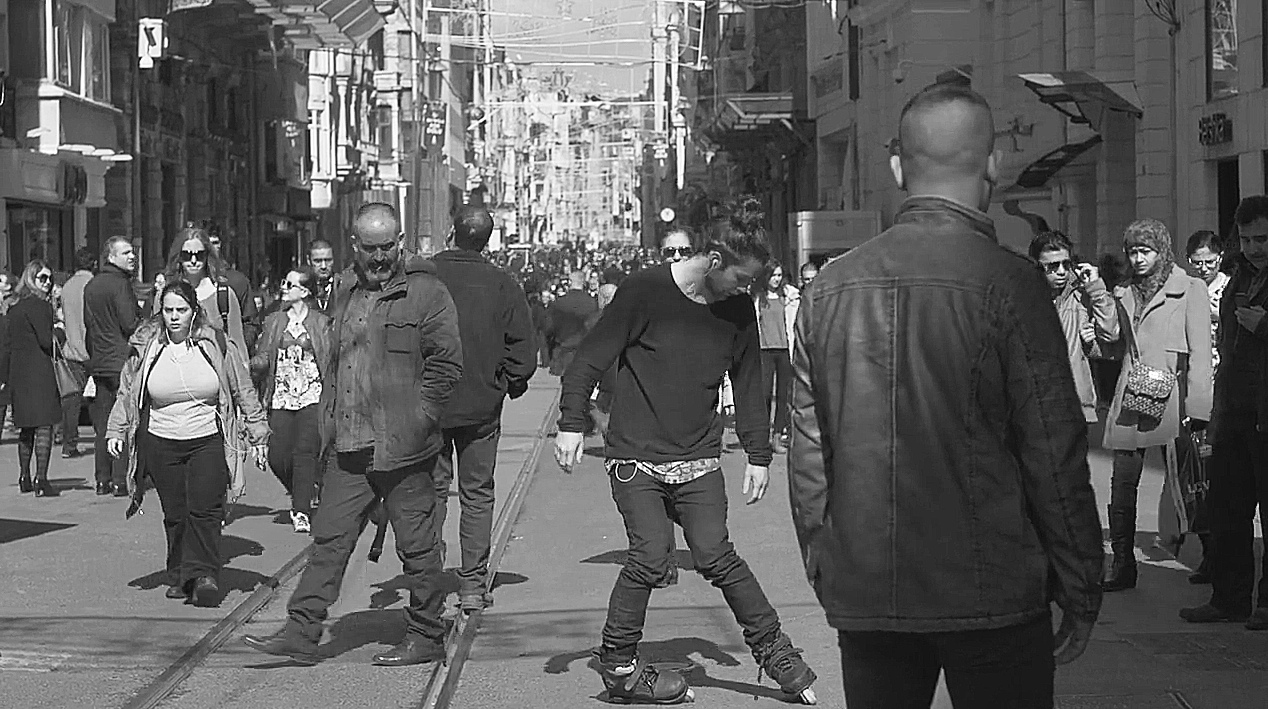