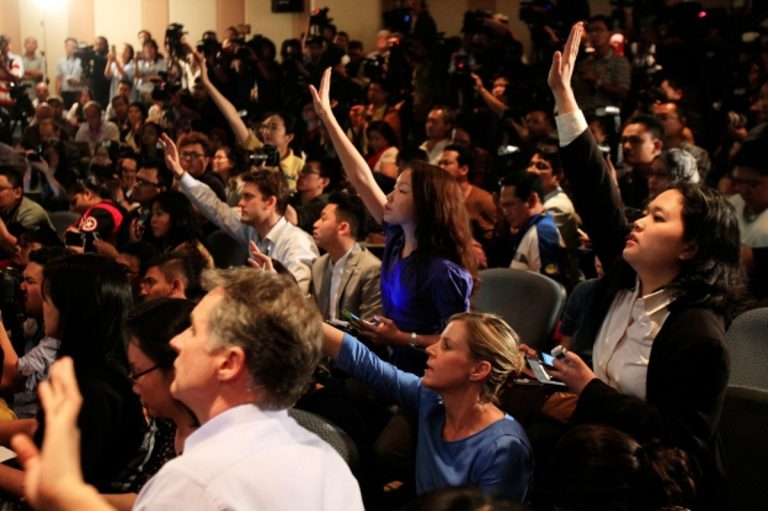 For Your Consideration: Burning Questions from the Message Board

It’s no secret that I’ve been in something of a slump lately when it comes to writing articles for Be-Mag. I’m months overdue on a double article for Smiley about the (misguided) notion of Family in Rollerblading and the BBQ he hosted ages ago. I’m months behind on finishing the Educated Guesses series about the number of total (aggressive) rollerbladers out there in the wide world and what we are to make of those numbers, and I’m years behind dealing with a whole host of other topics including hipsterism and rollerblading, women in rollerblading, bullying in rollerblading, how to build better grinder boxes, and a load of others that I can’t recall just now.

Meanwhile, I’ve got several projects coming up that I really need to be in high gear to accomplish, including an article with a Big Name blader we haven’t heard from in a long time, an article about ethics in blading media, and a couple of other projects that Freddy’s got up his sleeve. So given what I’ve got both ahead of me and clipping at my heels, I need to shake off the slump and get myself back into gear.

To accomplish that, I’ve recruited the Be-Mag messageboard to ask some fun-filled questions that will hopefully either stir your tired mind to thought, or at least get a laugh or two.

In the interest of full disclosure, I’ve been a rollerblader forever, I’m a dude, I’m married, I hold master’s degrees in both Rhetoric and Cognitive Linguistics, I’m an American, Monday is my favorite Be-Magger, and I prefer to pee sitting down.

So without further impediments, he are my responses to some of Be-Mag’s most burning questions.

My response: The thing is, I don’t think there has been a clear change. I think we perceive a big change because we’ve grown accustomed to seeing a lot more variety and we look right past the stuff in the middle. Some dudes will put out a section of them skating a box or a small skatepark, but there’s plenty of middle of the road footage of people hitting a 10 or 15 stair rail. I think it SEEMS like there’s no middle ground because the middle just slips past our gaze. Hammers haven’t gone away either. Lonnie’s F33T was loaded with hammers (did you see that fucking kinker Rob G frontsided??) and Broskow just ended a section with a disaster alley oop topsoul. That ain’t no shit!

One thing I think is right on the money about your perception though is the trend toward stylish tech. There’s a pair of reasons why I think that’s on the rise. The first is the internet. A lot of bladers younger that me seem to think that if a trick has been done on a particular rail, it’s not worth doing again. Hell, some dudes won’t even skate a rail that’s been featured prominently in another guy’s section. It seems that the idea is “why risk life and limb when we know Haffey (or somebody) has already killed that spot?” It’s a fair point I suppose, but it’s indicative of a population that’s changed its focus from “what can I do?” to “what have others done?” The focus now is on outward projection, production, and technology rather than the individual himself (or herself).

On what I take to be the second point, the trends from my era were shit. Senate was a hoax and the ASA was a criminal enterprise of ESPN-types exploiting rollerblading for some quick cash—as was most of the rest of the 90s. The cargo pantz were okay though. I still like cargo pantz.

On the topic of opinions, I’ll share this little morsel: in the Academy, people earn a bachelor’s degree and think they know it all; then, when they earn a master’s degree, they realize that they don’t know anything; then, when they earn a doctorate, they realize that they don’t anything at all and neither does anybody else. Everything is opinion… some opinions are just better-grounded than others.

My Response: Some have gone that route, but it hasn’t seemed to matter much. Jan Welch took a lot of media-production and design courses at the University of Texas back in the day, and you can see the influence that had on the success of companies he was affiliated with over the years: Daily Bread, 4×4, Vicious, NIMH, etc. Chris Peel—the guy who originally designed the Ground Control sickle—was college-trained… and that’s probably one of the coolest logos in rollerblading ever.

It seems like the people who’ve gone through with an education would rather capitalize on that investment in a real way, go out and get a real job that pays cash money rather than wither away in the most finicky market any of us have ever known. If you consider that there may be as few as 20,000 of us worldwide, the market is really just too small to hope to make a good buck. I’ll probably get into this again at a later time in a different article, but I expect the profit margin for the whole of the US (aggressive) blading economy is about $400K. That’s all the contests and edits, sessions, effort, and DIY everything only producing about enough money annually to buy the house my wife and I rent here in Denver—certainly no great allure to somebody with business degree who can get a sales job an earn half that in a year with a few good accounts.

As far as blader-on-blader action, you’re right. It IS incest, and it’s gross.

My response: There’s two things going on here: one is regional difference; two is a big change in culture. The fact that some crews refer to ledges as curbs probably suggests a bias toward bigger obstacles. Back in the day, it was normal for my crew to skate a 50 stair rail as a regular stop on a Saturday tour of spots. Those of us who loved the big rails felt that ledges were just for the guys who couldn’t do the big stuff. Personally, I reserve the word “ledge” for beefy-ass down-stair affairs that only end in death. Anything like a knee-high concrete “ledge” is still just a curb to me because I wouldn’t bother wrecking my skates on it any more than I would with an unwaxed curb on the side of the road. I expect that the language is probably governed by the crew “leaders” who shape the expectations of the rest of the guys or gals in their area. As far as kink rails, I’ve always counted all the individual kinks—because I want full credit for how much work I had to do. I was the first person to do the Radison Kink in Austin—technically 22 kinks long, and I wouldn’t want to half that number (by only counting the flats) because it doesn’t sound nearly as impressive. Other people might not care about getting credit that way, but realistically it all probably has more to do with local influence by crew “leaders” or “elders” or “bosses” or whatever. Those guys really are the gatekeepers of a lot of things, biases and language included.

As far as something noteworthy, I think the biggest change is a shift away from spots being legendary—and having appropriately legendary names—towards spots being mundane with boring or even inconsequential names. In Austin, we had The Blue Dragon, The Green Goblin, Herion Rail, and some others. New York had the Brooklyn Banks, Stuyvesent Rail, etc. Out in Cali they have the 666 Rail, The Blue Beast, and the Leap of Faith. Many other spots around the world have or have had similarly legendary names. Nowadays, it seems to me that people just say mundane things like, “Hey let’s go skate that school with the grey ledges in the back” or “Let’s swing by that red rail off 31st and Park.” The legendary names have gone away because people aren’t willing to skate the same thing over and over. Everybody seems to want “fresh” and “new” spots that no one else has ever seen. Back in the day, those legendary spots were seen as a rite of passage. In Austin back in the day, if you hadn’t “done the Green Goblin” you weren’t a real rollerblader—you were just some dickhead kid with a pair of skates.

My response: First, thanks for reading my shit, and second, thanks for the encouragement!

Now, to get right to it—“borrowing” skateboarding terms is absolutely toxic. Some of it is unavoidable though, because their language really solidified the way a lot of action sports “do” language. First are the structural things—naming spins in numerical terms of degree (180, 360, etc.) instead of axels or rotations and also creating basic prepositional jargon to handle path/orientation/trajectory/goal toward an object (backside, frontside, etc.). We could quibble about it, but I think those (and some other lingo like cool, rad, dope, sketchy, crazy, etc.) are largely unavoidable.

On the other hand, Dave Paine tried frivolously to get us all to say “natural” and “unnatural” instead of “regular” and “switch,” but bladers couldn’t be bothered to see the importance and stick with it. At nearly the same time, Dave promoted the use of “blind side” once upon a time to connote what we now call True-Spin—which I’d call a victory. We avoided the skateboarder talk and instead created our own novel idea—complete with its own unique meaning (i.e., blind side and true spin AREN’T the same thing).

The first blading article I wrote in this modern epoch—which you can still find housed over on ONE Mag—dealt extensively with how awesome it was back when people were using farside for round rails and topside for square stuff. It’s way more complicated than I can cover here, but that distinction is really the landmark that I use to signal the beginning of rollerblading as we know it because it was the first time we created a truly original concept, AND had original jargon to describe it.

In general though, cultural piracy is the mark of a fraud rather than a visionary—so I say the less we have to do with skateboarding, the better. They want it that way too, so everybody wins!

As far as Pro/Am/Flow distinctions… you’re right. It’s a sham. But that shouldn’t keep us from keeping a clean house. The difference between a guy labeled as Pro and a guy labeled as Flow is huge and ought to stay that way. It’s necessary for our dignity, and it’s necessary for our sense of objectivity. In my view, we can’t put Eisler or Nils on the same level as some kid who gets a free pair of skates once a year, no matter if those guys at the top aren’t getting fat pay checks. They’re objectively more talented and deserve to be recognized as such. Calling them pro even though they don’t earn any money is no biggie to me. I once took tennis lessons from a pro and he’s nobody you’d recognize. It’s just a label. People get paid for lots of dumb shit—and payment is no fair measure of talent and quality. Some of the jerk-offs I work with shouldn’t be paid to breath—but there they are!

Whether we worship at their alters is another matter. Celebrity is a farce, for sure, and I think you’re right to suggest that more bladers need to realize that the dream of blading for pay is largely over.