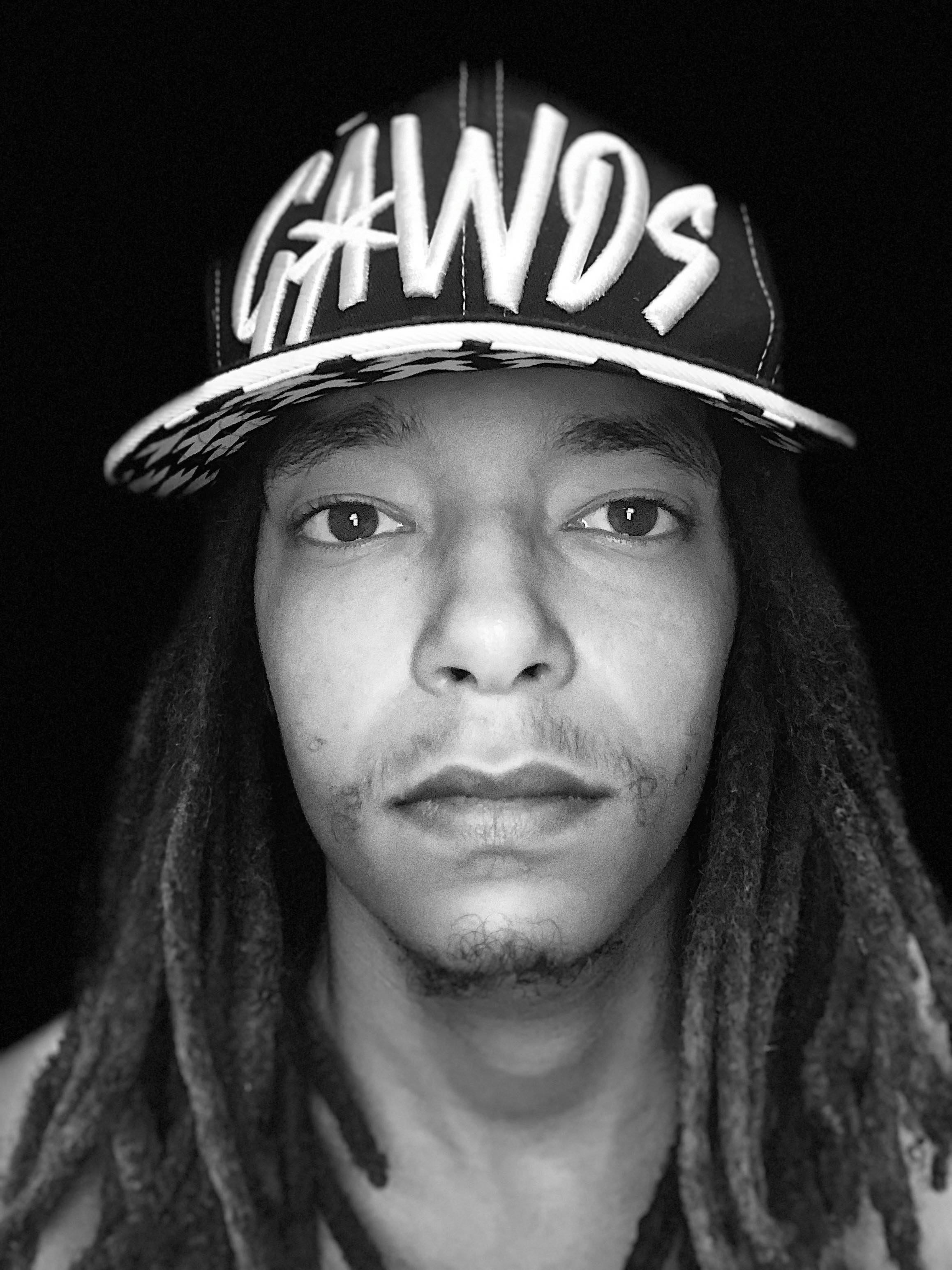 CHECKING IN WITH CHEMI SIMIYU

If you have been skating for the last few years and are not familiar with the name Chemi Simiyu, than I suggest you do some much needed homework. Chemi is one of the most productive and inspiring bladers currently rolling. His focus on his craft is evident in his stream of video content which he releases constantly, whether it being during warm, summer days or during frigid, winter season. Being a family man with a plate full of obligations, Chemi has been able to successfully juggle his responsibilities as both a husband and father as well as a sponsored skater. We had the opportunity to check in on Chemi and dig a little bit into how he is able to navigate his busy schedule.

You are one of the more recognizable bladers to come out of the Midwest of the United States in recent years. I can imagine coming up it that it was hard to get exposure living in North Dakota. Is there a large blading scene or any regular contests there?

When i think back on it it’s pretty interesting how everything panned out. There are other individuals that skate in town but for the most part I’m out alone or maybe someone tags along for moral support these days, I’m pretty easily the youngest dude throwing down still here but occasionally I’ll get a scooter kid to strap up.

What prompted you to make the move from North Dakota to Minnesota a few years ago? And why did you move back suddenly?

Kinda for the same reason both times, I have a wife and two kids, initially we moved back to Fargo from Missoula, Montana with the goal of Minneapolis, Minnesota so we could be closer to family and so I can handle skating more effectively…eventually it still played to be a bit far for my family and i wasn’t fond of the schooling in a bigger city compared to what I grew up in so they went back earlier in the year and it wasn’t long before I followed deciding I wasn’t as into the set up I had alone as I thought I would be.

What are some tips you can give our readers on ways to survive skating in the frigid winter of North Dakota and Minnesota?

Just keep moving, figure out a way to block out the discomfort. I don’t skate too long in the cold, it’s more get the move done and get outta there but it’s definitely not for the faint of heart taking on the winter out here.

You were skating for Rollerblade for quite a while and you were quite productive during the time when you were on the team. What was the reason for your sudden departure from RB?

It caught me somewhat by surprise, my contract was up and simply wasn’t offered a new one. I had been playing with the idea of different skates with the rumor (at the time) they were stopping production of the Solo model, which I preferred. They may have caught wind of that but overall I could see my image in a way and how I handle content playing it’s fair share toward them deciding to part ways but that’s business; I see the guys around from those days and it’s still all positive and I feel pretty blessed to get to be one of the few to say “I rode for Rollerblade Brand”.

Well it seems like Rollerblade’s loss may have been Gawds gain as you were recently put on the Gawds amateur team. How has your time on Gawds been so far? Do you feel being on Gawds is a better fit for you?

So far all has been going pretty well, I don’t have any major complaints and I’ve yet to not have what I need when I need it. When I was trying to decide what skates to buy after RB I kept questioning to myself just what makes the most sense for who I am and how I skate and Gawds seems like a no-brainer in hindsight, I think I fill the image they go for pretty spot on and working for and being accepted on a team under Franky Morales is a real dream come true being that is who I looked up to in my formative years within skating.

While living in Minnesota you were heavy into filming for the upcoming Crow video. How was it filming with such a large group of talented bladers? Did you feel any extra pressure skating along side the other guys?

For the most part it was Chris Farmer, Mike Lufholm (Photo/2nd Angle) Dan Knapmiller (Main Film) and myself for a majority of what i was involved in toward the video; such a solid, consistent unit to get out and get things done in a comfortable way. In general going from Fargo to Minneapolis was a major level up in accessibility to skating at essentially anytime with someone else. I never really felt pressure of any kind, if anything I felt like my presence added into the mix and created some new fuel for guys that have been skating together for so long and the results greatly increased my confidence in street and motivation toward the project overall, in my opinion.

Did you have enough time to wrap up a full section for the Crow before moving back to Fargo?

We got quite a bit handled so I’d imagine so. There’s still a few moves that managed to elude me earlier in filming that I plan to get for the video, but if not I think people will enjoy the results of the past 2 years.

For me it’s less about importance and more just honesty. I don’t land everything first try, sure it looks like it sometimes looking in from the outside but it takes effort and skill to do tricks on skates. “The Process” is just an excuse to do tricks I deem impressive to myself while appealing to my preference for B-Roll style footage compared to video edits/sections

Has there been an episode of “The Process” where you don’t end up getting the trick the first day and had to go back for a second round?

I can’t remember what specifically but I know there’s been a few, I’ve debated making them more involved from finding a spot, to my thoughts during tricks commentary and what not but for now I just like the simple nature of it being just the session I land the trick. I haven’t gone back to anything I failed to get which is pretty common in my street skating, if I don’t get it done I probably won’t come back for a good long while. Just always looking for the next one.

You’re a very productive skater who consistently posts video content online. Is it hard to balance working a full time job, having a family and still managing to go skate regularly?

I don’t think so, I definitely complain a lot at times but the hardest part really is just deciding to do what you really want to do on top of what you have to do. I have more than enough time when i really think about it, if I’m gonna dedicate a bunch of time and energy to other people I tend to feel bad if I use all of the excess to do nothing I personally want to.

Besides hanging with your family and skating often, what else do you do to unwind?

I’m a pretty simple man, I mostly just lounge around with my pup at home watching YouTube while the fam each does their own thing; I enjoy brewing and smoking in my down time, I’m known to fish sometimes but really I try to just keep myself occupied during daylight hours with real life if i’m not working.

I have seen you competing in several contests in the U.S the last few years. Do you have any contests or places you haven’t been to yet that you want to travel to in the future?

I wanna go to all the events! Over time I find myself less interested in actually winning things but I love the vibes at inline events so any I can make happen I do. Barcelona is top of my list for somewhere I wanna skate before I can’t, also whatever that Russian indoor park is (the big one) and Woodward, specifically the mega ramp!

Alright Chemi, thanks so much for taking the time to talk with us, it has been a pleasure. Now here is your opportunity to thank any friends, family or anyone who has helped you along the way.

Shoutout my sponsor Gawds Brand; my family/friends but mostly my wife, Erica. I’m a tough dude to be around I imagine, but she keeps me in check and also pours all the gas on my flames when I’m feeling soft as hell. Everyone should have someone who tells them when they’re being shitty to themselves no matter how it’ll feel, I wouldn’t be where I am without a lot of people, you know who you are.

Lastly thanks for the opportunity, Kevin, and the continued support I get from those at Be-Mag; you guys sure make me feel special, stay up.