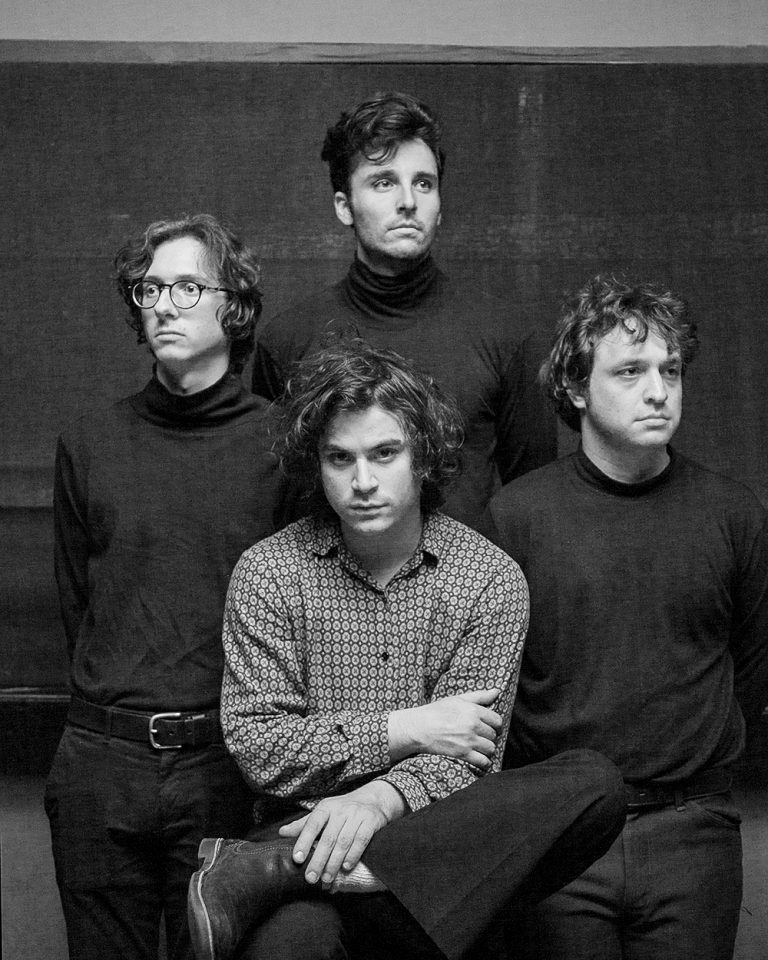 IN REVIEW | THE MYSTERIES Photographs and Review by Ryan Loewy

There are a handful of skaters out in the world combing the musical realm, from Michael Stein‘s work with Stranger Things, to Franky Morales endeavors in hip hop, it isn’t surprising to see their talents go beyond the urethane beneath their feet. And so it comes as no surprise that Anthony Marchione, who has without a doubt been one to keep an eye over the past few years, has honed himself into a mighty musician, fronting The Mysteries, a psychedelic mind fuck of a band that keeps you on your toes. It’d be easy to write them off if the Mysteries were just a run of the mill garage rock band, but they are so much more than that. Best described as “going down the rabbit hole” per The Deli, the melodies composed by the boys are rich with organs, accompanied by trippy tales that only briefly etch out what seems to be a rather deep and complex mind of Marchione’s. Paired with intricate guitar licks and riffs, and a continuously stern but steady percussion, executed by another impeccable skater, Matt Capacete, the band is full of gems. They remind me a good deal of Shannon and Clams mixed with the funk of King Khan and the Shrines, topped off with a pinch of Jacuzzi Boys. But any true test of a band is how they perform live. And these boys do not fail to step up to the plate in providing an impeccable show.  They began their set with a cover of Bo Diddley’s “Who Do You Love”,  tipping a hat to one of the greats, transitioning to a handful of originals, a favorite of mine being  “Wash Away”.  Another gem, Beached Jelly, has hints of The Venture’s “Tequila” but quickly finds it’s own within the first 15 seconds of the song, dropping off into a different tempo, a common card they play that they’ve certainly mastered. A 45 minute set was all that was needed to convince me that this is a band to keep on heavy rotation. If you haven’t given them a listen, don’t cheat yourself. The Mysteries hail from Philadelphia, Pennsylvania. You can follow them on Instagram here and listen to them on Spotify here.