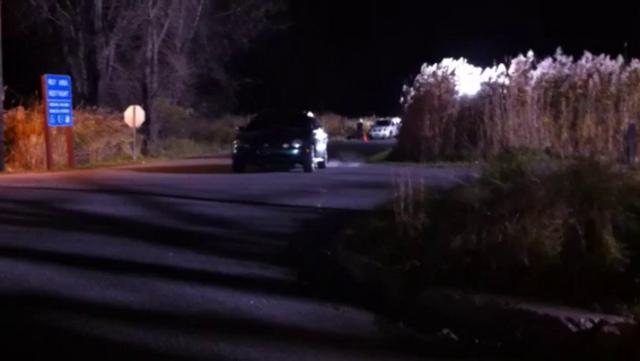 »Jon B, Jason Statham and myself on set of „Death Race“.«

How long have you been skating? Sponsors?

When did you decide to pursue a career as a stuntman? Or is it more of a job for you? Do you support your family with your stunt work for films and such?

I started to do stunts in 2000 when the „Rollerball“ came to Montreal. They hired myself, Mathieu Ledoux, Thomas Liccioni, Serge Maheu, Jon B and many more to do all the rollerblade stunts in it! It is definitely a career that I have a big passion for. And I have a lot of fun doing it! I do support my family with it, but it is always hard to know when the next job will be. When you find something that you like to do, you deal with the downside of it.

»I doubled the character „Tobey“ in the movie „Rollerball“. It was my first movie and this appointment started my career as a stuntman. In this scene, I had to take down 3 players from the golden team.«

What is your wife’s job? She’s most likely the one that supports the family with a ‘real’ job since you’re jumping off roofs and get shot at all day long, right?

Well right now she is pregnant again… We are waiting for a little girl this time. But she is also a stuntgirl so we both have the same lifestyle.

»My wife and me on set of „Death Race“. I was doubling the character „Pachenco“ and she was my co-pilot for the Trans-Am we were doing the stunt in.«

»This is my wife, Marie-France Denoncourt, as „The Red Ninja“. We made a short video of her fighting 3 Assassin Ninjas.«

Did you attend a special school to become stuntman or is your ability self taught?

Well, I learned the most by myself but I also got guidance from friends. For parkour/freerunning I went to France a couple time to learn from Yamakasi. I also took classes for martial arts. I learned a lot from Jamie Jones, Stephane Lefebvre, Jonathan Eusebio, Chad Stahelski, Damon Caro and John Stead, all stunt coordinators that hired me.

Do you have any special stunt talents that production firms book you for?

Rollerblade, ski, parkour/freerunning, fight choreography, cable jerks, human torch, falls, reactions… My height is also popular at 6″. So I get work because of that as well.

Did you ever get into a dodgy moment on a set? Was there ever something that made you wish you didn’t agree to do a certain job?

Not negatively, but I recently did a stunt on a motorcycle and I had to hit the side of a car and fly over it to the ground. So when it was time I got ready and jumped a couple times on the spot and asked myself if I’m really gonna do this…? Hell yeah, let’s do it hard! Then I jumped on the bike and drove about 40 km/h to the car and hit the ground pretty hard… Everybody on set was in shock. Then I got up and everybody cheered! It was amazing!

»I doubled an actor for a bike crash. It was one of the best stunts I did so far!«

How long you been doing stunts for movies? Weren’t you that guy cutting the persian general’s arm off in „300“?

I’ve been in the movie business for 10 years now. And yeah, it was me on the movie „300“, cutting the arm off the general.

Actors receive awards for outstanding work. Is there a way a stuntman is honored for acting as a double? Did you ever win an award for your stunts?

Yeah, it’s called the „Taurus Stunts Award“, Me and Mathieu got one for best fight in „300“.

»Me with the Taurus Stunt Award.«

Who or what is your inspiration in life?

How is the scene in Montreal?

It’s good, now that we have 2 major indoor parks it’s coming back together. Actually inline seems to come back everywhere. But yeah, with Lylac skateshop, owned by Guillaume Roy, it’s getting better everyday!

What kind of training do you on a regular basis?

I do a lot of activities and all of them are pretty physical, but to compensate for strength and power I train with Francois Pellerin. He trains some professional hockey players and he helps me get where I want to be physically. He makes me do a lot of upper body, ’cause with rollerblading in general you only build your legs. He also makes sure that my core is solid and he makes me do specific exercises to prevent hernias, something that happens to a lot of skaters. I also stretch a lot, specially with a foam roller. I also go to hot yoga. It’s so good!

Has training for stunts helped your skating? Anything you think people really need to know about strengthening yourself for skating?

Yeah, of course it helps. Hmmm, what I can’t say enough to people is how important it is to train and stretch. I want to be fifty and able to skate still!

»I doubled the character „Stelios“ in the movie „300“. This scene is when Stelios did an amazing leap to cut off the generals’ arm.«

Is there other sports you do besides rollerblading that cater to your profession as a stuntman?

I’ve heard that you shipped out to China for a few years, and disappeared from the scene in Montreal. What was up with that?

Yeah! When I did the movie „Rollerball“, I was 19 years old and made good money. I spent a lot, too much. So to get back on my feet, I wanted to go there to first skate and then understand how to deal with money. I had regular pay and I dealt with that for 3 years. I pushed the Inline industry with Alan Mak from O22Y skateshop, then I worked on another movie „New Police Story“. Then I knew that was what I wanted to do: stunts! It was 3 years that I was gone from the movie industry, but also from inline, too. And back then it was the big time, D-Structure was huge and made many videos, Thomas Liccioni came out with the video „5 Months“ and IMYTA came to Montreal twice. I pretty much missed all of that! So when I came back and went to skateparks, I didn’t know that many people anymore. It was funny that people were asking Mathieu Ledoux: „Who is this guy?!“ So I got back on my skates, and focused on stunts. But I would really like to go back to China sometime!

What is it like to skate with Mathieu Ledoux all the time? Was he always looking for different approaches on skating or did that happen over the last few years?

It’s amazing… He is so focused on skates and he has always been pushing it to another level. He helps me to push it, too. When I skate with him, we are always practicing every little thing we can do, then ‘Boom’ he comes out with something amazing! You then have to try it too, you know? You can’t just watch him and not want to get as creative as him!

»That’s the photo shoot we did for the Lylac website. The picture shows Mathieu Ledoux and me.«

What do you love about rollerblading?

Dude, everything! I love to just shred fast and feel good on my skates. I love to ride my p-rail in my driveway, I love bowl, mini ramps, long quarter pipes, I love to practice switch tricks but most of all I love landing a run or a crazy trick perfectly. So perfect that it feels smooth like water.

Any advice for kids starting out, trying to make a name for themselves?

Ride for fun. Because you can be sponsored or traveling all around the world for skating, but if you don’t have fun doing it, it’s gonna get harder and harder. If you do have fun, I swear everything you will do on your skates will pay off.

Check out this amazing edit Stephane produced exclusively for Be-Mag. It not only features his recent skating but also some scenes of stunts he performed in his career. Amazing stuff!