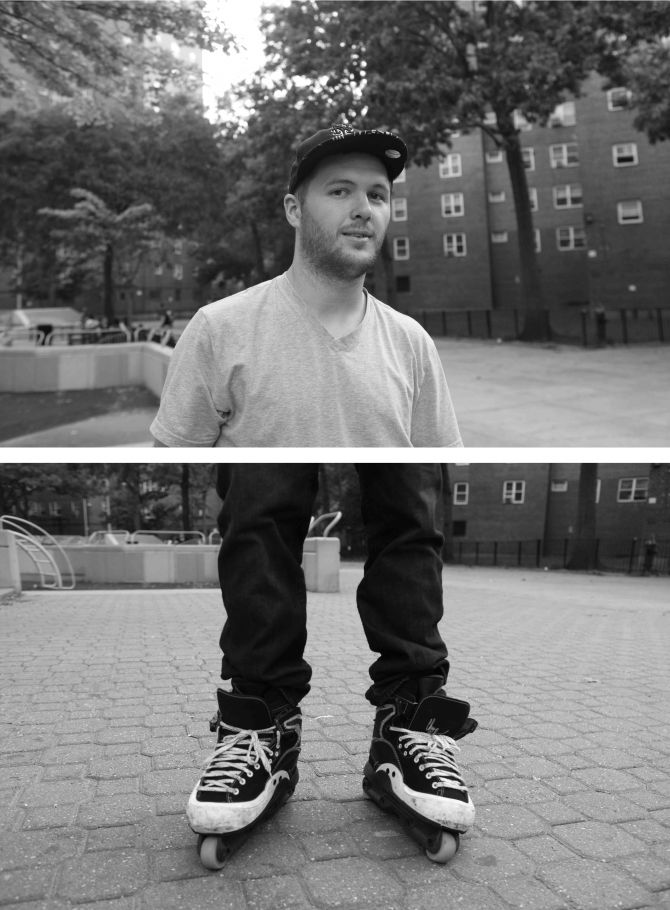 Interview with Trevor Johnson on King Of Queens 2012

Trevor Johnson, a longtime participant of the New York rollerblading scene (pictured above), has come together with the likes of Craig Benabu (of IROLLNY) and NYC legend Jon Morciglio to put on a new street competition, entitled The King of Queens, which is going to take place on June 2nd in Queens, NY.

The concept of throwing a comp was originally my idea, and who better to help me out then IROLLNY’s own Craig Benabu? So I hit him up and he seemed down, we discussed it for a while and decided, “Hey lets just go ahead and do it”. Jon Morciglio ended up calling me and was very into the idea of it all, so I said, “I’d love for you to be part of it too”, and basically it all just sprung from there.

How did the whole idea come about? Would you say it is in response to a fear that we might not have events such as Last Man Standing and Billy’s NYC Street Invite? I mention this only because, inevitably, that is what I first saw this as, as it has been a concern of a few people about whether or not Victor would have another LMS, or if Billy would be able to pull off another Invite (with last year’s having such a large magnitude of an attendance, as well as pulling the various permits to run the event).

Well it all came from me not hearing or seeing any comps or anything real street related happening or in the works thus far this year in NYC, or the surrounding areas, and I’ve always wanted to throw a street only competetion of my own. I have no fear that we may not have any other comps i mean the more the better as far as im concerned,I just wanted there to be atleast one good street comp; NYC deserves it and its such a good time and atmosphere to do it.

Judges aren’t 100% locked in yet, but I know me and Craig and Morciglio are definites, with a few friends helping out as well.

Sponsors! There are so many dope blading companies all willing to help out and throw product for us! To list a few, we have Eulogy, Remz, Razors, Tri State Skate, IRollNY, Create Originals, Denial, Roller Warehouse, Ground Control, and (even) more by the day are getting down. It’s really going great so far.

What are the spots for the comp?

From registration to final heats, what does one need to do in order to participate? How will the judging work? Best trick?

To compete, all you will need to do is just pay $10 to register. All registration money is going to the top 3 skaters, as well as products, to keep them hooked up very nicely. Judging will be an overall concensus from all the judges and everything will be considered: trick difficulty, style, as well as consistency.

This is your first time doing your own comp, how has the process been so far? After going through it all (although it certainly hasn’t even begun, but just out of curiousity), do you want to make this an annual event?

No, I don’t have any plans on making it an annual event but things may or may not turn out that way. So far it has been a really fun process, Craig has really taken this and blown it up like I knew he could, I wouldn’t be able to throw it without him; market it,get all these sponsers, etc, as well as Jon Morciglio he helped out a great deal too.

I see you teamed up with Craig from IROLLNY, which was mentioned earlier, obviously. Was he the one that handled the graphics and design?

Yes, Craig took care of all the graphics and design, he’s the man.

Thanks for the questions Ryan, can’t wait to see everyone there and have a great time watching everyone kill it!

More details on the Kings of Queens Competition here.