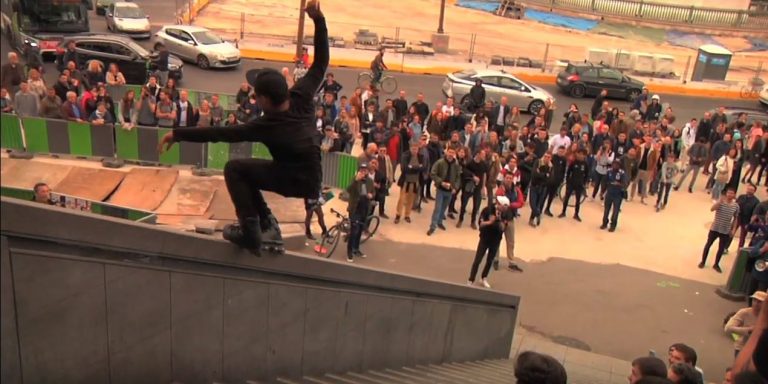 On Saturday the 18th of May Fred and Lucien held the second edition of La Street Republique, writes Cavin Le Macon, who was there to capture the action.
After a successful first year at Republique they decided to move it towards the plaza at Bastille in front of the main sponsor NOMADESHOP.
A lot of skaters from all over France came to compete and support, along with lots of people passing by who stopped to see the event and cheered along.
The battle who would become King of Bastille went down on the big ledge at the opera building where pants died, some blood got spilled but Adrien Anne walked away with the King of Bastille trophy.