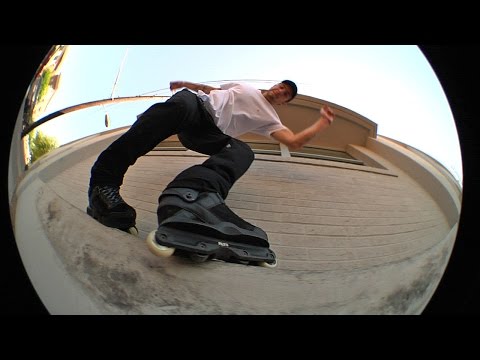 Anthony Medina released this edit of Canadian powerhouse Kevin Lapierre, containing a bunch of really cool stuff Kevin shot while wearing skates too small for him. Shot in only five days, mind you.

In Ant’s words: This footage was originally intended to go toward Kevin’s Wheel Scene Selects part. During Kevin’s trip to Austin his skates were giving him hell and due to multiple blisters, he wasn’t able to get as many clips as we had hoped. He tried to film in Andrew’s old Valos but they were too small for him. A month or so later Kevin bought a flight to come back and finish filming but his flight ended up getting canceled. After that I moved to Denver and winter came and we both just had a lot on our plates. Kevin hit me up the other day saying he wouldn’t be able to finish the part due to work so we both agreed to make something out of it. This is about 5 days worth of filming with a couple blisters on his left foot haha. Enjoy.