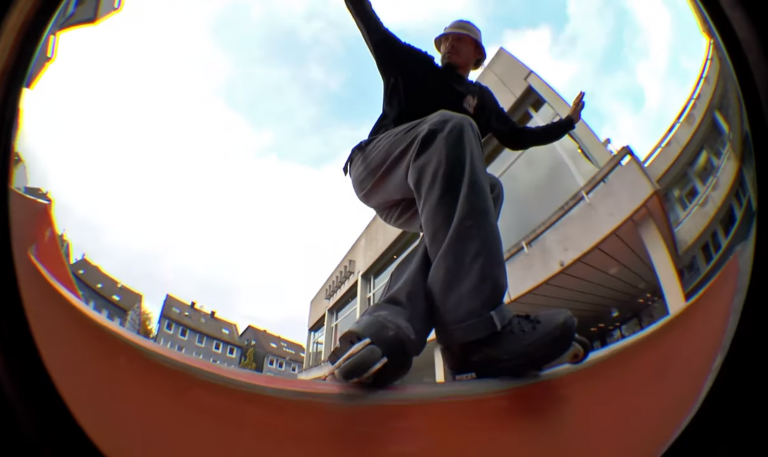 Jo Zenk just dropped a hot new video for MNSTR BLADE titled “TRUE FORM” which was filmed by Deniz BTK. This is one of the first full sections from Jo after his recent split from Remz and he can be seen transitioning to some Roces Fifth Elements, which he looks especially smooth in by the way. Jo’s skating is nothing short of magical in “TRUE FORM“, which includes one of the most incredibly well filmed and executed tricks that we have seen in quite sometime, I am of course talking about the true savannah to alley oop makio on the ledge, which can be seen at the :51 second mark. Gooood lord!

But that is not to forget his many other noteworthy tricks such as the head-scratching channel one pudslide! Who does that? Jo even gets additional style points added for rocking the vintage army green Senate Ultra-Wides and Fiction sweatshirt. So peep “”TRUE FORM” and be prepared for more hot new content from Jo, which should be any minute now! 😉