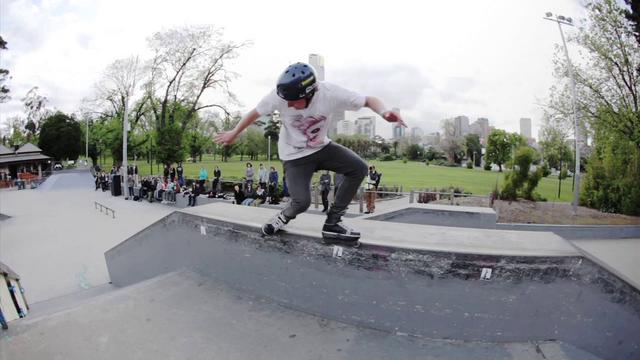 With a few notable absentees heading of to the USA for the World Finals, the the contest was wide open, with a larger the normal field of competitors happy to throw their hat in the ring and see how they fared on the day.

It was after all the first contest to be held at the well know park since the Aussie Titles in ’06 when Chris Haffey showed us how to skate it, and the park has since had a bowl end added to it. Add to that some additions made for the contest in the form of a splendidly large sub box to go in the bowl, and round rails that attached to the existing square down rails, courtesy of engineer, chief organiser and competitor, Owen Parry.

Thanks to all who made i out and specially to those who competed and made it such a great event. See ya’ll in late February for the 2nd Annual Goulburn Fruit Jam!

For links to all the edits and more info of the event: http://rollvic.org.au/vics/2010/event_results.htm

And here are some selected shots from Hayden including captions: