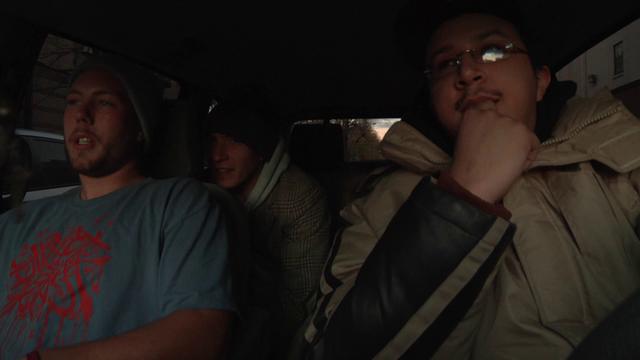 Many of NYC’s legends and new breeds were patiently waiting for the tickets to go on sale with hopes of getting a good seat inside the 148 capacity theatre. Victor Callender was there to greet all who came to support not only Valo and his premiere, but the NYC rolling scene and culture many of us live by. Once the tickets went on sale I grabbed what I saw to be the best seat in the house, third row 3rd seat with full view of the screen.  I made my way around the lobby and theatre to say “wassup” to all my fellow rollers and capture some pictures. As the lights went out and the video started the theatre quickly sat at attention. The opening montage gives you a feel of what Jon Julio visioned for his company spanning from his roots as a rollerblader to the owner of one of the greatest teams that rollerblading has seen since the birth of our sport.  Now the views I express are totally my insight on what I wouldn’t call a skate dvd, rather a rolling documentary. I have been in the game since day one, from mainstream coverage to what some may consider the death of rolling to its recent rise in popularity. I think anyone who has ever strapped on a pair of rollerblades  for any desired purpose , should watch this film. It’s not only amazing skating from beginning to end, but also it tells a story of a man who loves what he does and was able to make a career and travel from it. Something we all at one point fantasized about whether we want to admit it or not. The film is about 70 minutes long and showcases the entire Valo team through their travels across the world and the experiences they obtain as a result of it. In my opinion The Valo team is the most solid team we have in our industry and this film shows the friendship each of the team member share with their fellow team riders.  This definitely is a film that makes you want to go shred immediately after watching it.

Sections that stood out for me would be….

Soichiro Kanashima – To call his style “amazing” would be an understatement. So technical and solid on all his tricks and his royale’s have to be the top in our sport today. Great skating and great section.

Franco Cammayo – Franco repped his section like a true New Yorker, dropping solid hammers, showcasing his amazing tech skills as we all know Franco to do. I wish his section was a little bit longer but I still enjoyed none the less.

Andrew Jacuzzi – Didn’t have a full section but this tricks very innovative and technical. I became a fan that quick.

Victor Arias – This dude has quickly become one of my favorite skaters. His section was definitely one you should pay close attention too because this dude has tremendous talent.

Eric Garcia’s cess slides and seeing my all time favorite skater Champion Baumstimler do what he does best was a great addition to this DVD.

Brandon Smith – He proved to me once again that he is definitely not a human once he straps on his Valo’s but a well tuned and programmed machine most likely running on Mac OS. One of the best park skaters i have ever witnessed and kills the street as he has been doing since the Mr, Roboto days of the Dyna DVD.

Erik Bailey – Always a pleasure to watch roll, Bailey has never disappointed me with a section that he dropped and this time it’s no different.  Is there anything that he can’t front torque….Seriously.

Jon Julio – Last but def not least is the icon Jon Julio, the skater who literally changed our sport back in the day and to see him still representing and killing it in his 30′s is a breath of fresh air. Still as tech as I remember from my teenage days, Jon is definitely a undistupted icon in Rollerblading.

You do not need to rollerblade to understand the message that Jon Julio put into this film. Hard work, patience and determination always pays off in the long run and Ivan Narez found the perfect way to display that message through his editing and production skills. When you love what you do and your surrounded by good friends who support your dream you can accomplish anything your heart desires. Each member brings certain individuality in their style which to me makes Valo what it is and the reason many of us respect the team as a whole. There was so much skating in this DVD that you definitely have to watch it more than twice to get the full effect of Valo4life. Hammers were definitly dropped in this film but its not a hammer dropping spin to win film. The scenic shots were theater quality the best that I have ever seen in a rollerblading film period. The production value is well worth the $24.00 4life is retailing for and the Blu Ray version must make it 100 times better. 4Life is a film that makes me proud of the sport that has become more of a lifestyle for me for the past 18 years. As far as purchasing the DVD, I have not purchased a copy as of yet because I am waiting for the Blu Ray Version to add to my collection. I have always supported Valo as much as I possibly could and I will continue to do so.  In my opinion this film was a great success and a definite must own if you’re a collector or just want to support what Valo is doing. Jon Julio, Ivan Narez and the rest of the Valo Team raised the bar once again for what a Rollerblade DVD should be like.

During the second showing of Valo4Life, I caught up with Victor to get his opinion on the film and how he set up this event. Victor Callender along with Ray Mendez collaborated to bring the WAV3 premiere to the Haven Arts gallery in The Bronx 2 years ago. Jon and Victor planned this premiere once word dropped about the release of Valo4Life, Valo is one of the main sponsors for Victors “Last Man Standing” contest. Victor said “The event was a huge success and the turn out was fully what he expected”. All the DVD’s sold out and the audience seemed to enjoy what he calls ”A well put together documentary.”

“Love the sport and the NYC community, love what you do 360 degrees, It’s all about Love.”

Joseph Perez (producer of fitted) made a sweet edit of his journey to the Valo4Life premiere. Enjoy it.