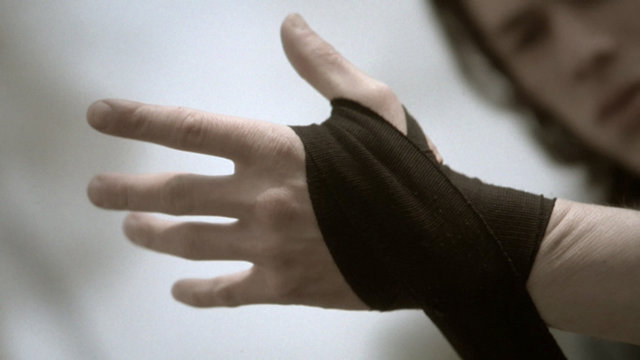 Before heading out to Paris for a week of blading / filming with Mat Heinemann none of us knew what to expect. Jonas had been emailing back forth with Mat and he seemed to be a nice guy. We arrived late Friday night to meet up with Mat and Tim Marsh (our host for the first  four days) and it didn’t  take long for us to feel really welcome. Mat turned out to be a really nice guy who was easy to get along with and made every effort to make us feel comfortable. So did everyone else we met during this week.

If you’ve seen any edits, profiles or pictures of Mat, you should know that he is the kind of blader who pulls hammers. and he didn’t let us down on that one. He started off easy though. Letting us know that he hadn’t been skating that much as of late, and that he wanted to get the feeling of rolling back before confronting the harder stuff. So the first few days we spent time having more chilled sessions and just cruising around Paris.

Tuesday morning we left Tim’s place in the outskirts of the city to stay at Elise’s (our second host for the week) who happened to live right at the geographical center of the city. From then on it was very easy to go through Mat’s spot / tricklist. And I’ve got to say that he showed real commitment and skated spots like I’ve never seen.

Friday came and we thought we were about to head home. For good or for worse a volcano in Iceland had just blown up and the entire European airspace had been closed down. So, no flights to Copenhagen that day. We didn’t stress too much about it, we had a nice place to stay and neither Jonas or I had to work before Monday. Saturday, still no flights and it didn’t look like there would be any for a few more days. We decided to stay for a free-bar-party and jump on the train early next morning. So we did. and 21 long hung over hours later we were back in Copenhagen.

Despite a long, boring and expensive trip home we both agreed that going to Paris to shoot with Mat was a great decision and an amazing week! Met loads of good people and had nothing but fun and good times.

So thanks a bunch to Tim and Laura, Elise, Clément, Franck and all the other locals  who bladed / hung out / partied with us. And last but not least thank you Mat for being a good guide, wild blader, excellent chef and a straight up nice guy.