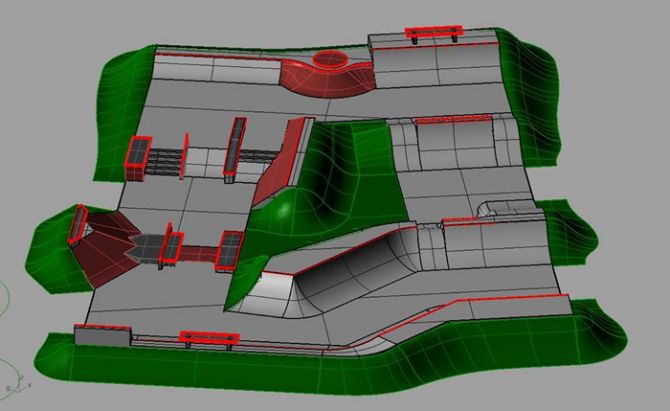 Me and my group of friends who all skate thought it would be the sickest thing if we could get a new park for our town. So after a hell of a lot of emails and endless phone calls over the course of about two years! We have managed to raise £135,000 for a new skate park to replace our old one, the old park was a fairly small with two low rails, a metal box, two flat banks and two quarter’s which was near falling apart! We then communicated with wheelscape and came up with a design for a concrete park that is at least twice the size of the old one, the new design has old street spots incorporated into It that we used to skate but are no longer able to due to skate stoppers and fences.

Now that we have the funding as well as the green light for planning permission, the new parks construction is under way and is looking to be completed in either the first or second week of July!

For the grand opening of the park we are going to be having a Ribbon cutting ceremony, a DJ set, food, but most importantly we need companies, photographers and videographers to attend the event! As one of the few Rollerbladers in the group that have kicked this project off I thought that it would be sick to get Rollerblading companies to attend and promote the sport to the newer generation and hopefully encourage new kids to join the scene and help put rollerblading back on the map!

Companies are welcome to sell products or to just come along and promote themselves on the day of the event! Also anyone who is an eager photographer or videographer is more than welcome to come along, it would be great to get loads of photos and clips from the event! It would be even better if some pro’s would be able to come along to show the true potential of the sport, and set the sickest first tricks on the new park!

For any companies are interested in coming along if they could contact me on Facebook or send me an e-mail that would be awesome! There is a public Facebook event page called Daventry Skatepark Opening Day!