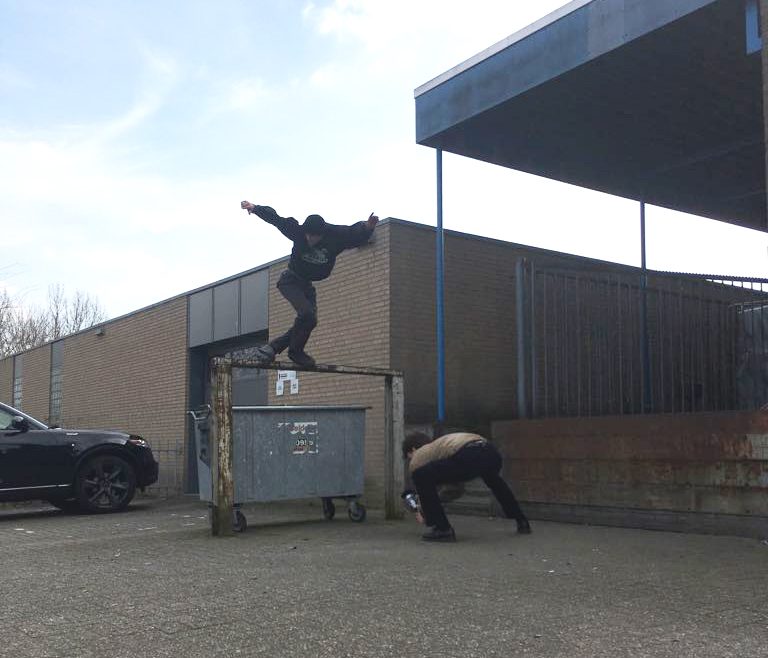 Finally, a young person receiving a pro boot, from Adapt no less. After filming with Levi for 3 years now I can say he deserves it, regardless of his age.
Pieter and I had several talks about Levi during the filming of the ADAPT TEAM movie if it would be a good move and we both agreed that a young pro can help to get younger kids into rollerblading again.
For this promo we tried to start filming during the last days of the TEAM movie so we could have presented it when the skate dropped. Sadly winter screwed these plans. Then jobs interfered. Days we both where able to skate the rain decided to ruin things so Levi decided to start filming with his VX camera and his girlfriend behind the lens, later when weather cleared up a bit more his friends Wouter, Davy and Sjoerd would film stuff.
I captured the footage and worked my FCP skills on the clips.
Its Levi’s vision and it shows what he is capable of.
Keep your eyes on this kiddo, he has a lot more up his sleeve.