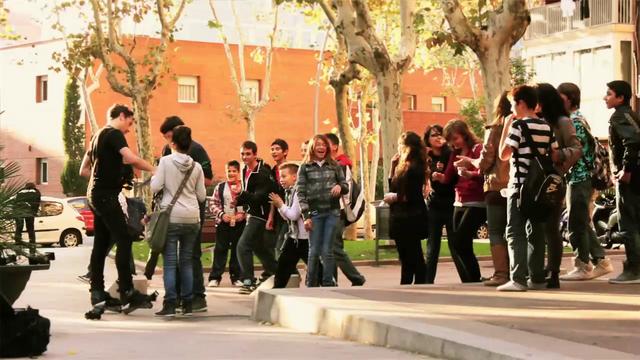 filmed and edited by Richie Eisler

How did you become involved with Undercover?
I don’t even know how many years ago it was, but I do remember my first set of Undercover wheels. I clearly remember instantly falling in love/victim to the obsession I have with them. Since then, I doubt that I have even given any other wheels the opportunity to be in my frames for more then a single session. The very first time I rode UC’s was when I was handed down a used set from Richie E. Yet with their very first low quality core’s which had been numerously cracked by their previous owner, I still choose to ride them over my once thought to be adequate wheel brand. Because the quality of the urethane was so superior, that even with cracked cores, they allowed me to roll twice as fast as the last. And that grip! It was obvious why I kept taking all the second hand UC’s I could get. Until through a couple of friendly connections, I began to get flown the continual fix I needed for my addiction to the best quality of wheel possible.

What are your thoughts on the wheels?
Umm, I think I just answered this question with my first answer. I dig them. A lot!

How long have you been skating? why do you skate?
For just over the last and best 10 years of my life… Those years have so deeply and intensely moulded my body and brain, that they have unquestionably made me who I am today. So much so, that a single day can not pass, without a single blading related thought or idea finding itself entering my mind. But, I’d bet on average there are multiple hundreds of them a day. So with it being so naturally wired into my being, I really feel like I don’t have a choice anymore. For as dumb as it may sound, blading is just as much a part of me as my beating heart.

What was it like to shoot this section?
It was a dream. I’ve always wanted to skate Barcelona. The city seems to be designed for my style of skating. The endless perfectly hilly, smooth, tight, interwinding, cement city streets, completely infested with unfathomable “skate spots” on every street corner, in every park and every courtyard, made with such unique design, that they appear to be waiting for interaction. It’s a picturesque skating paradise. I look forward to the summer ahead, and the blading to be done and documented. Cause although this one was a pleasure, I now look forward to skating even more of my own style of spots, and not the ones which I am led to, usually with the purpose of photographing other skaters and their amazing talents. I am appreciative of these opportunities, as I have enjoyed the crews and sessions so far, thus producing the tricks seen in this edit.