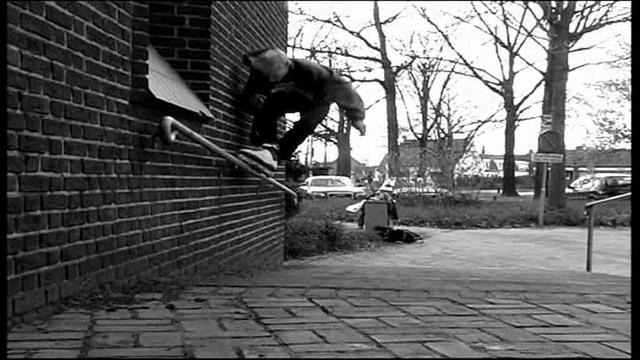 “This is for everyone”  A video by Joery van de Pol

I would like to introduce my latest skate project, a short film offering an unconventional style of editing mixed with aggressive, to-the-point street skating from Hollands’ own Edwin Wieringh, Frank Voogd, Bas Berghuis, myself and some other fine Dutch talent.

Recorded from a few tours and about a dozen street session, my aim was to purely focus on hard, fast tricks. This is why I made the movie no longer than 12 minutes; don’t expect no flair, no random footages, no cut-aways – just raw street skating from the rawest skaters of Holland.

The film was shot in Amsterdam, Arnhem, Enschede and Almere. I hope to be making many skate films in the near future and eventually setting up my own video business.

I would like to thank Be-Mag, Burnside Skatepark and of course my sponsor, Razors, for the unconditional support. I hope you enjoy the video!