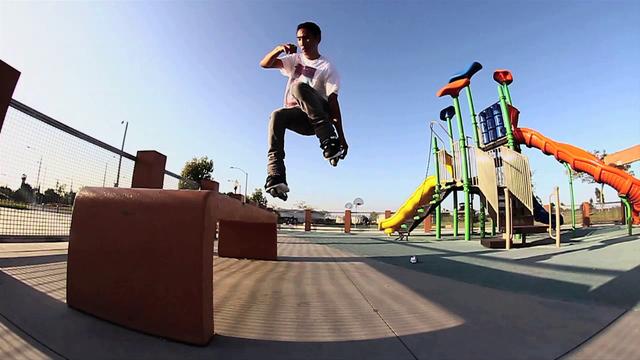 Best moment in rolling… ever: Winning first place at a Kill or Be Killed street competition in Arizona. Previous K.O.B.K. champs was J.C. Rowe and Dustin Latimer

If you had a time machine, when and where would you travel? To the future, so I can use hover blades. The blade that can float over water

Favorite kitchen utensil and why: Cleaver. I like to destroy and this knife cuts through bones

Worst date you’ve ever been on: Can’t say I have had a bad date. But, I can say it got bad after I found out she had a boyfriend

What do you don’t like about yourself? Anxiety, impatient and attention deficit disorder

Your plans for the future: Draw some more lines with white blades