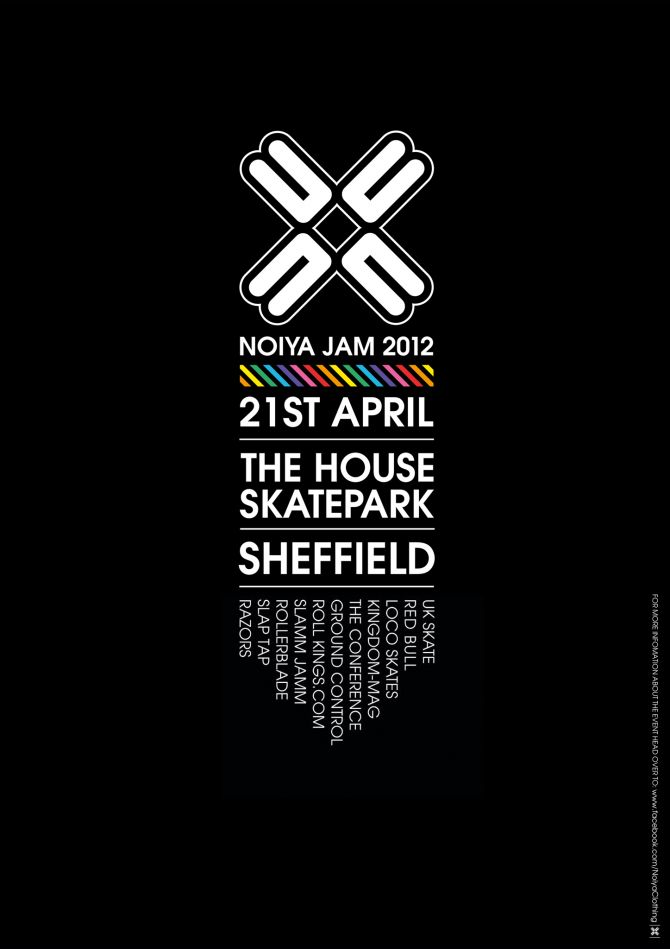 All of the winners have been on a mission to destroy everything put in front of them since the 2011 event. Nick Lomax has had another strong year despite having to contend with a broken leg for most of the second half of 2011, and he will be back to defend the title that he was oh so happy taking away from the previous winner, Alex Burston, who has been floating around the world winning or placing top 3 in major competitions left, right and centre. Could it be someone new that steps up to the plate and takes the win this year? You’ll have to be there to witness.

As always there will be cash prizes, giveaways, a BBQ and a Noiya Clothing shop set up with the new 2012 line in stock. This year we decided to add live DJing and Illustration from some talented artists to the list of attractions.

The format will be 5 people skating the park in 5 minute rounds, with the judges favourite from the round going through to the semi-finals where the top two from each will go through to the final four.

There is a limit of 30 riders in each category, so make sure you get down early to secure your place. You can only register on the day. Park opens at 10.30am, closes at 7pm. Entry will be £5 whether you are spectating, skating or entering the jam.

Many of you will come for the vibes and atmosphere as much as the skating, and that carries on into the night. As is tradition we will be having an after party at a TBC venue, with Noiya Clothing’s DJ and producer Crisp on the decks and with High Rollers running the soundsystem you know its going to be weighty.

You know that good excuse you needed to get out of your city and skate Sheffield’s street spots? Well this is it. So its time to dust off your address book and get in touch with all those friends, relatives and compadres in the Sheffield area for a place to pass out. Come party afterwards and skate some of the infamous street spots on the sunday. We’ll see you there!

For more info, visit the Noiya Jam 2012 facebook event page here. If you want more information leading up to the event head over Noiya’s facebook page over here.