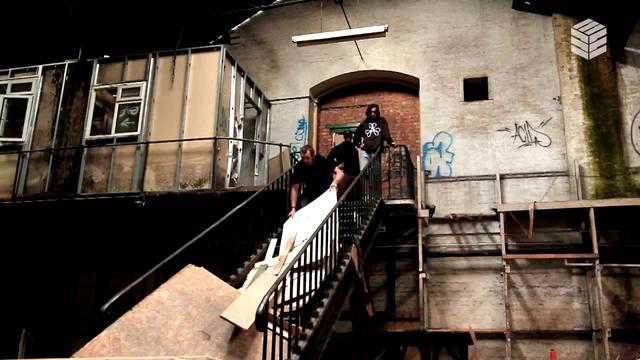 Edit and write-up by Brett Davis
Photography by Duncan Clarke

I managed to get a lift down with Mark “the one man wrecking drew” Nicholls. His nickname will make sense if you watch the video and see how we gained entry to the warehouse jam! We also were followed down Duncan Clarke and Mike Salt. We all decided to already go on Friday to get some extra time in Brighton and Eastbourne before Sunday’s contest. The main thing we wanted to do whilst there was enjoy some drinks on the beach and watch the sunset. Unfortunately mother nature had other plans for us us each night although we did manage to enjoy many drinks back at a friend’s house who was kind enough to put us all up with only a night’s notice! Big thanks to Alex, she was a star!

The day of the jam arrived and the weather was looking quite hit and miss but improved for quite a while so it looked like the jam would happen with no problems. Then another rain shower hit which completely soaked the street course and cancelled out any chance of the park jam continuing. Luckily Jake Eley had already formed a back-up plan which turned out to result in the best comp I have ever witnessed in terms of good vibes and making the most of what was there!

Basically the day before we had ventured to a disused train yard accompanied by an empty warehouse a bit of forced entry and you had a box and rail jam. There is no point listing down tricks as you can see them in the edits that have been done of the event. All I can say is that Elliot Stevens and Dan Collins basically owned the place.

In hindsight I’m glad the weather failed the jam as the Guerilla Jam in the warehouse was one of the best comp atmosphere’s I’ve ever witnessed! To see 50+ people in a disused building skating make-shift spots and a rail with a landing that had to be built aswell as people catching whoever was skating the rail. It was definitely a comp you needed to be there to fully appreciate to get the atmosphere and vibe to.
As for he edit I’ve decided to just focus on the Warehouse Jam as I found it alot better to watch visually. Big thanks to Jake Eley and LocoSkates for making such a good event and also to Duncan Clarke for providing photos!

Price money for 3rd place went between the others who skated the rail!