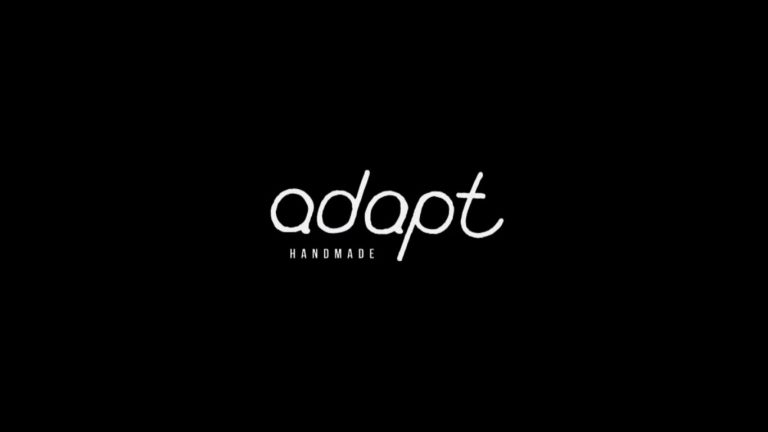 At a time when producing a proper team video and releasing it on DVD is an excess, Pieter Wijnant and Olga Bouwhuis, the blading powercouple behind the Adapt Brand decided to do things right. And with a team consisting of Julian Bah, Russell Day, Levi Van Rijn, Sem Croft and Rik van Huik they just couldn’t do wrong. As Pieter confessed to me at the Winterclash, financial gain from the production and sales of the video wasn’t their focus (still, that doesn’t mean you shouldn’t buy the video, just the opposite), but the urge to create something of lasting value. Before continuing, get the video here.

Did they succeed? In short, yes. The key element to the success of the video, in my opinion, with the skating put aside, was their decision to put Cavin Le Macon (real surname: Brinkman, as stated in the credits), in charge of filming and editing. Cavin has quite a few videos under his belt and a no bullshit approach to getting things done. For the Adapt video, he had a travel budget that let him go to the US twice to film with Julian Bah, Levi and Russell Day. Also, Julian and Russell came to Europe to film for the video.

Cavin’s filming is extremely precise. Great angles, great follow-cam, crisp shots, almost as clean as his straight edge lifestyle, which give the Adapt Team Video a feel of lack of pretense, which is a welcome step back from some of the artsy filming and editing of the day which can distract from the blading itself.

Does the film have a team feel to it? Yes, all throughout the video you can see the team skating together, the visual elements and opening graphics for each of the sections work well for the video.
What is the skating like?

Well, the decision to open with Rik Van Huik seemed ballsy to me the first time I set to watch the video. Openers are either soft to help you get a feel for the video or straight bangin’ to suck you in and make you wait for each next trick. Other from seeing a few clips of Rik here and there and remembering him testing the Adapt protos years ago, I never really thought much of him. And then the first part of his two part section almost made my jaw drop. From the opening trick to the cringy ender that put Rik on crutches, it’s incredible high-risk stunt skating.

As a late bloomer, Russell Day got his first pro skate just a year and a half ago, but the decision to put him on the pro team was right for Adapt. While his skating can seem a bit schematic at times, he still manages to pull off more that a few surprises, and is relatable and just plain fun to watch.

Julian Bah. Is it the smooth torqueslides or the clean 540s over stair sets, or the ability to cess slide everything in his path? Bah is one of those skaters that keeps getting better and smarter with age. While his body can still take the blows, he approaches obstacles in a way not many do, creating timeless tricks.

Clement Boucau was introduced as the new member of the pro team in the video. His skating is still Shima-esque, fast and raw.

Sem Croft really won me over with just looking like he’s having the time of his life skating for the Adapt video. And for a young kid, he’s got some incredible moves, he goes big and he can get tech af.

I told Cavin that I can see he favors Levi Van Rijn. He didn’t admit to it. So, what’s the section about? Levi is an incredibly talented skater who skates recklessly, with great style and an attitude of a pissed off man in his forties. The little knick-knacks in his skating, the choice of stalls and his calculated movements during and inbetween tricks are just fun to watch. If I wasn’t a man with a hip condition in my late thirties, I’d try and copy all his tricks. A perfect ender and a taste of things to come from Adapt.

While Cavin is a straight edge punker, he didn’t really let his music preferences get in the way of making the video a coherent whole, so the music compliments the skating.

So, was there something I didn’t like? Yes. I think that the supporters and friends sections should have been on the B-Roll part of the video, but I believe this was a concious decision to include it, to show respect to the people who buy Adapt skates and people who support their work in other ways.

All in all, a great video worth the price tag.