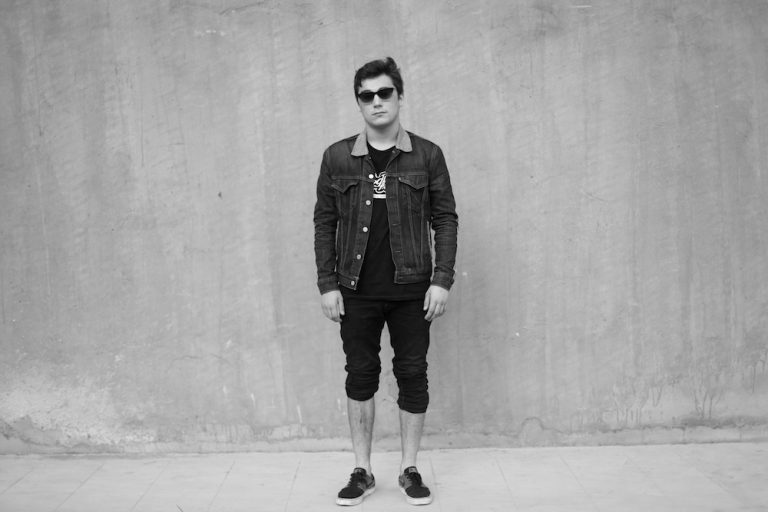 French powerhouse Julien Cudot is not only known for emptying glasses faster than most, but also his incredible talent on the blades. Although he’s had to deal with plenty of re-occuring injuries in recent years, 2015 has seen the young prodigy come back once again. Touring through 4 different continents, Julien managed to rank 4th in the FISE World Series and made a remarked move from boot sponsor USD to new French company Trigger Skate. As his first signature model just landed in shops last week, let’s take a closer look at Julien’s 2015: cheers everyone! My Tour Life in 2015:
Asian trip with Adrien Anne (right at the beginning of the year)
Impro Tour South of France/Spain with Stéphane, Bruce etc.
Ecualombia tour (just Colombia for me) with Diego, Stéphane, Anthony, Bruce, Ken.
Malaga and around trip with my girl
Asian trip again, Shenzen, KL, Langkawi and probably Singapore to end this 2015 year. My injuries in 2015:
Broken left wrist, surgery
My old broken right wrist going bad again, probably an other surgery when I get back to France.
Broken brain again and again
Both elbows starting to look really strange

Any specific moment or experience that stood out?
Not really a specific moment, but it has been such a year of thinking things over for me, and meeting the best humans, one especially for almost a year now. But as for a more specific moment, I would say Denis Gul’s preparation for his qualification run here in Langkawi for the FISE a few days ago, that was like a sumo preparation where he had everybody wait for him, look at him, plus his run itself and of course the aftermath with his personal feelings etc. Ahah that was a really important moment for the sport in general!

What was your worst day in 2015 and why?
Probably breaking my wrist skating the Backyard one week before the start of the comps and sunny days, but that was still not such a bad day because I was with my closest ennemies that I don’t really have a chance to be as much with as before.

Is there such thing as a best day in 2015?
Every day where I realized or started to think about things I never did before, and there were kind of a lot this year. Best in 2015:
Travel Buddy? My brain (never been on trip with it before)
Event? Halloween Jam in Planet Park Brussels (best European skatepark, best working squad ever)
Country? It’s a pity I can’t say Singapore because I’m still not there but I had some really good times there with Alvin Chong at the end of 2014, anyways, Malaysia and Colombia are in my head and heart forever!
City? Singapore
Meal? Chicken rice & miso soup in Singapore so far / Oishi Japanese address in Paris
Song? Jungle – The Heat
Girl? My one, The one
Website? FB
Company? Unknown…
Movie? La vérité si je mens 2
Beer? Picon bière or any pussy beers that taste like fruits, Desperados, Kriek etc.
Party? The ones that I remember, and this simple one in my place in Paris just before Winterclash.
Tricks you’ve filmed? You’ll see enough soon! But it is all about backflips again.
Story? I’ll write a book when I know a bit more about the whole story, but feel free to ask anybody, that is also what people are in blading for ahahah (me included)!

What’s planned for 2016 so far?
I’m leaving to Australia on the 4th of January to finish my new section, and for the rest I’d just say giving way more importance to the few things and people I love here.