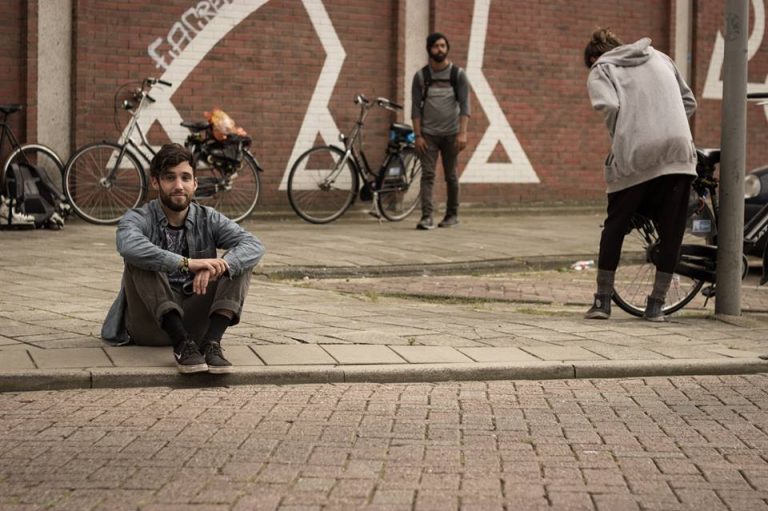 Scott Quinn had a pretty travel-heavy year. He attended 14 events and 4 tours, visiting 25 cities in 11 different countries. That alone sounds like a wonderful year full of exciting adventures, but when he’s home in Glasgow he isn’t going back to a boring 9 to 5 job but living and teaching in one of the best indoor parks in Europe. That’s also where he hosted his own event and hold a skate camp, but hey, why don’t we just take a look on the full list…

Injuries in 2014:
Both heels again and again which really sucked and took me out of the game a couple of times. But learned my lesson and the shock absorbers are back in haha.

Any specific moment or experience that stood out in 2014?
There are so many, but Roskilde was out of this world.
Everyone needs to experience it.

What was your worst moment in 2014?
I’m struggling to think of any bad moments in 2014, looking back it was all pretty incredible.

Is there such thing as the best day in 2014?
Every day that I stepped off a plane into another adventure.

Best in 2014…
Travel buddy: That’s a tough one, I love all my travel buddies. But Josh Glow sure helps to keep us all on a high vibe while on the road.
Event: International Kartel
Country: Russia
City: Krasnoyarsk
Online edit: Razors Tapes & Sizemore Valo Pro
Meal: Thanksgiving with Fritz’s family in Dallas, and every meal at the Jansons family house hold, Thanks to Nils’s Girlfriend Leva for looking after us, all fresh goods from the garden, yum.
Song: So many. But Metallica No Leaf Clover sure helped for the juice.
Girl: The lovely Elena, Also the best person.
Blader: Farmer
Website: Unit23skatepark.com
Company: Razors & GC, forever being the best to me.
Movie: The Lego Movie, Master builders bro.
Beer: Any German beer
Party: Ghetto Games
Trick you’ve filmed: Launch to grind in Texas, featured in an up and coming Razors project by Ant Medina.

What’s planned for 2015 so far?
After Winterclash I will be coaching in Strasbourg for a week before Laced and then to Malaga to chill and film with Josh, which is where I will sit and decide the majority of 2015. Apart from jamming in as much traveling as possible there’s a few other things on their way that will all be reviled shortly. Overly excited to start another epic year!