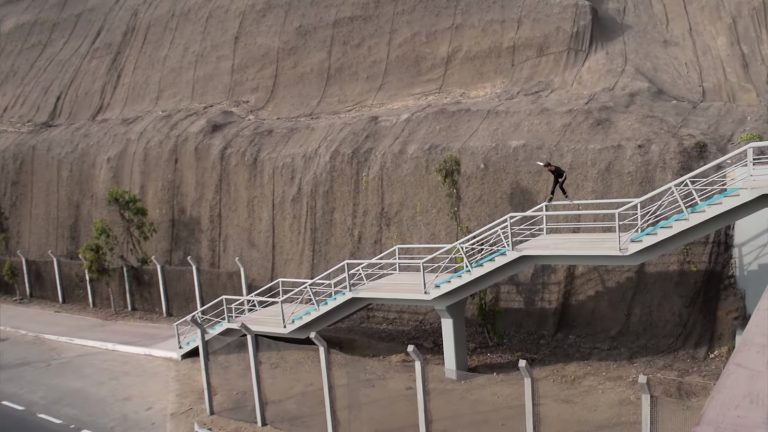 Blading superstar Julien Cudot has returned with a freaking brain-melting new profile titled Marcelino, which he shot over the course of 3 months while out in Brazil, Peru and Colombia. Here is what Julien had to say about his journey.

One year ago, locked in Paris in the Winter, I decided to book a flight for South America and go where I’d be welcomed. Thank you Suzanne from Limeira, Erik from Curitiba, Daniel and Sidnei from Sao Paulo, Cesar my big brother from Lima, Annie my queen from Cusco, Julian my friend from Bogota and Manuela my sky from Medellin. Huge big up, power and love to the Kal Crew : Jeremy Dalbis aka Jezza and Thomas Dalbis, Tomez for edited my video with passion. All the people who filmed me and share these sessions with me, you gave me energy, thank you, I will never forget.