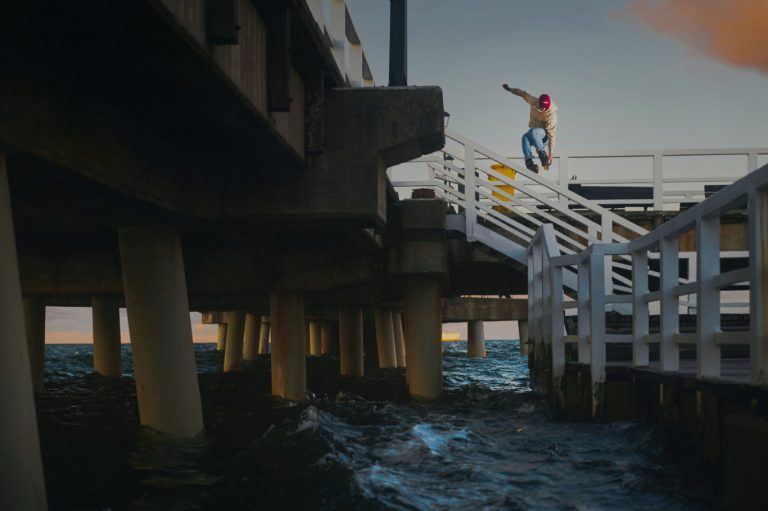 Interview and Introduction by Basztin Takemura

Kamil Gruba, Hedonskate and THEMskatesPoland rider and the winner of the Polish Rolling League
2018 talks about the last season, the backstage of the creation of his latest street video and the
growing hype of rollerblading schools in Poland…

Let`s start about video sections in general – less and less polish street sections – we still have
some but there are not as many as there used to be. There is a lot of current blade content
online, but it’s more of a quick clips here and there. We see less and less, well-planned project
from A to Z. In times where access to equipment, video production is generally trouble-free, I
guess there should be more quality content, but it is completely different – what is the problem
here?

Unfortunately, this is the direction in which the world develops and our culture in general – everything
has to be easy, simple and available for now. You record with the phone, upload and there it is. With
feedback on a regular basis. Together with Krystian Rangotis we have created particular plan from the
very beginning and we kept it going yet it’s a struggle. Cyclical sessions, always with a specific plan for
the spot (personally it’s easier for me to film this way). Unfortunately, I do not have the option of having
a camera man to call spontaneously, so I had to plan everything in advance – and that’s the barrier for
most that people usually do not want to overcome. Filming for a section is a solid mission and the whole
process requires the discipline while the content for Instagram can be generated quickly and without
stress. Building a a video section for me is something more than a stacking clips from random or daily
sessions and also it is something you need to grow up to. That`s the reason for the current lack of more
sophisticated content. We live in times of big technological changes and the moment when the
youngsters are no longer “brought up” by big videos but rather by some INSTA stories – it is not
surprising that the idea of filming for something let’s say for a year is completely incomprehensible to
them and “sitting” on clips can be frustrating… 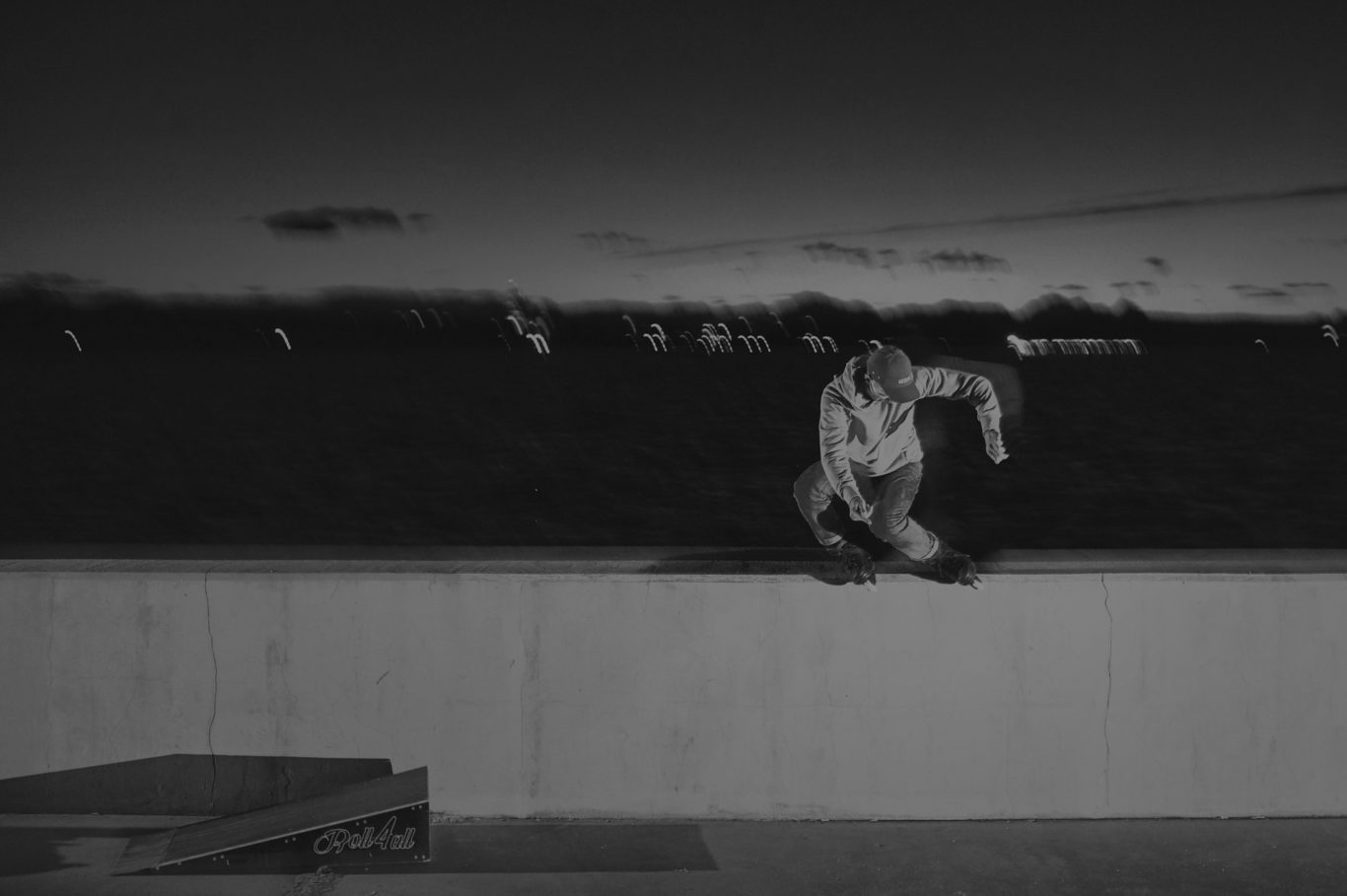 When you film for a section, do you also go out just like that without a camera, to have fun?
Or are you focused on specific things to film then? How often do you skate street?

If I’m going to skate street, it’s always with a plan and with filming in mind. Street skating is still an
adrenaline rush to some extent and satisfaction from a more difficult trick than you do every day, leaving
your comfort zone – so it’s obvious I want to document it somehow. The other thing is that on average I
go out to skate street once a week, and this is due to the fact that I do not have much with whom – the
street scene in my area is practically non-existent – there are quite a lot of bladers, but it is mainly
cyclical meetings at the skatepark rather than street expeditions – that’s why when I’m going out I want
somebody with a camera. On the one hand, it’s great that the skatepark sessions work – the frequency
is very good, but I will risk saying that skating only park somehow make the guys super lazy. It’s just
different skating than that I grew up with. Skating to keep good shape or simply to have fun is always
OK and I understand that. Not everyone fancy and is motivated to push their limits on the streets, but I
wish there was more diversion. So yeah practically all of this section I filmed while skating alone … 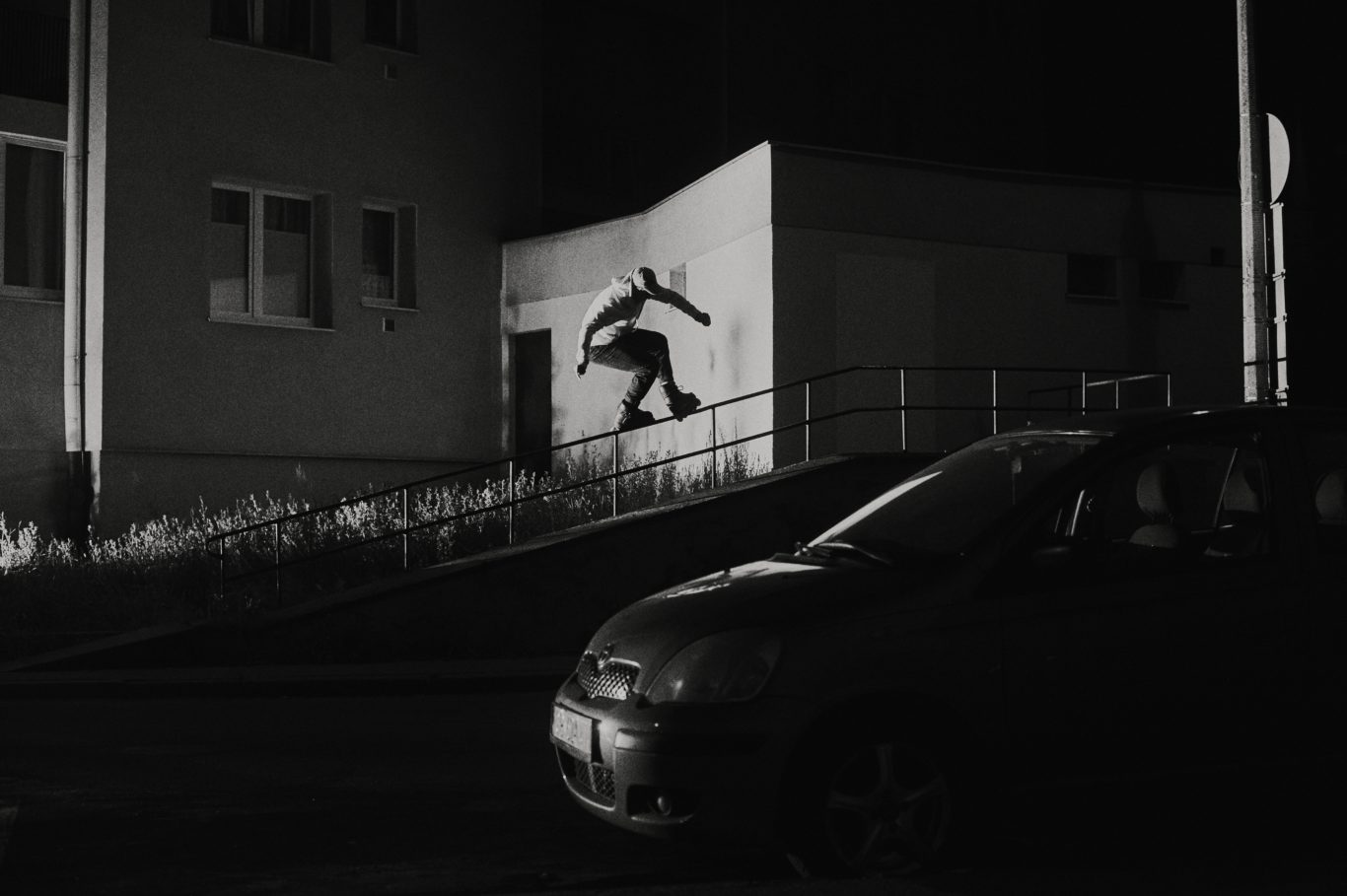 It’s quite difficult right? Finding a motivation for yourself for some spots …

Yes of course. I like to draw energy from the others, it makes me juiced the most. There are
exceptions, good days, etc. However, it is harder to overcome your barriers when, for example, you
fight with the rail yourself rather than with the mind-like friends. Often during filming it turns out that
something will not work, no one will “push” you to cross the line, etc. then it ends with a “trick
compromise” or in the worst case, giving up the trick completely. A good example is that big rail from the
finals of street competition in Gdynia – quite difficult to approach yourself for filming, but during the
competition itself with others I laced like 5 new tricks there, it felt good! 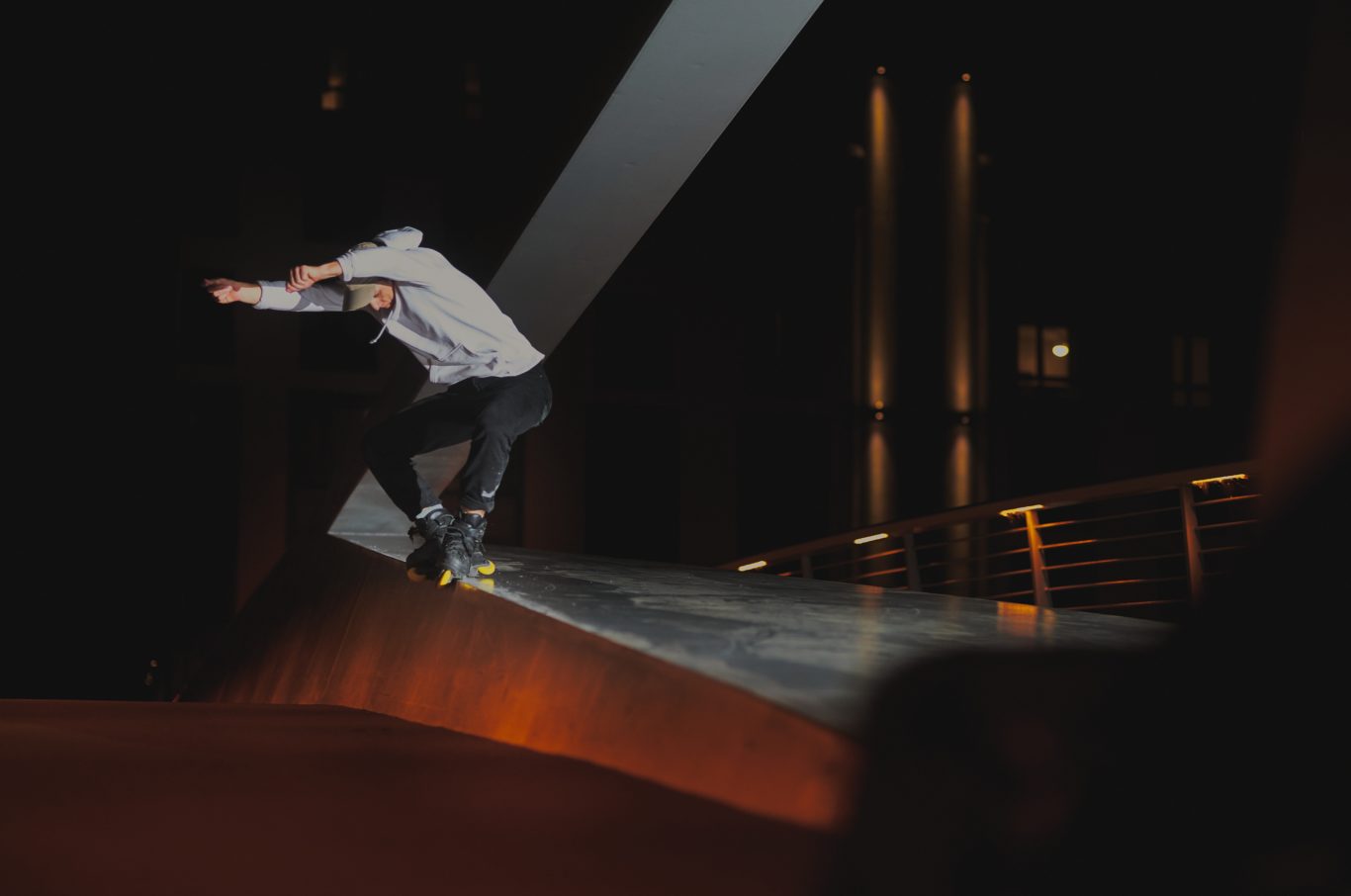 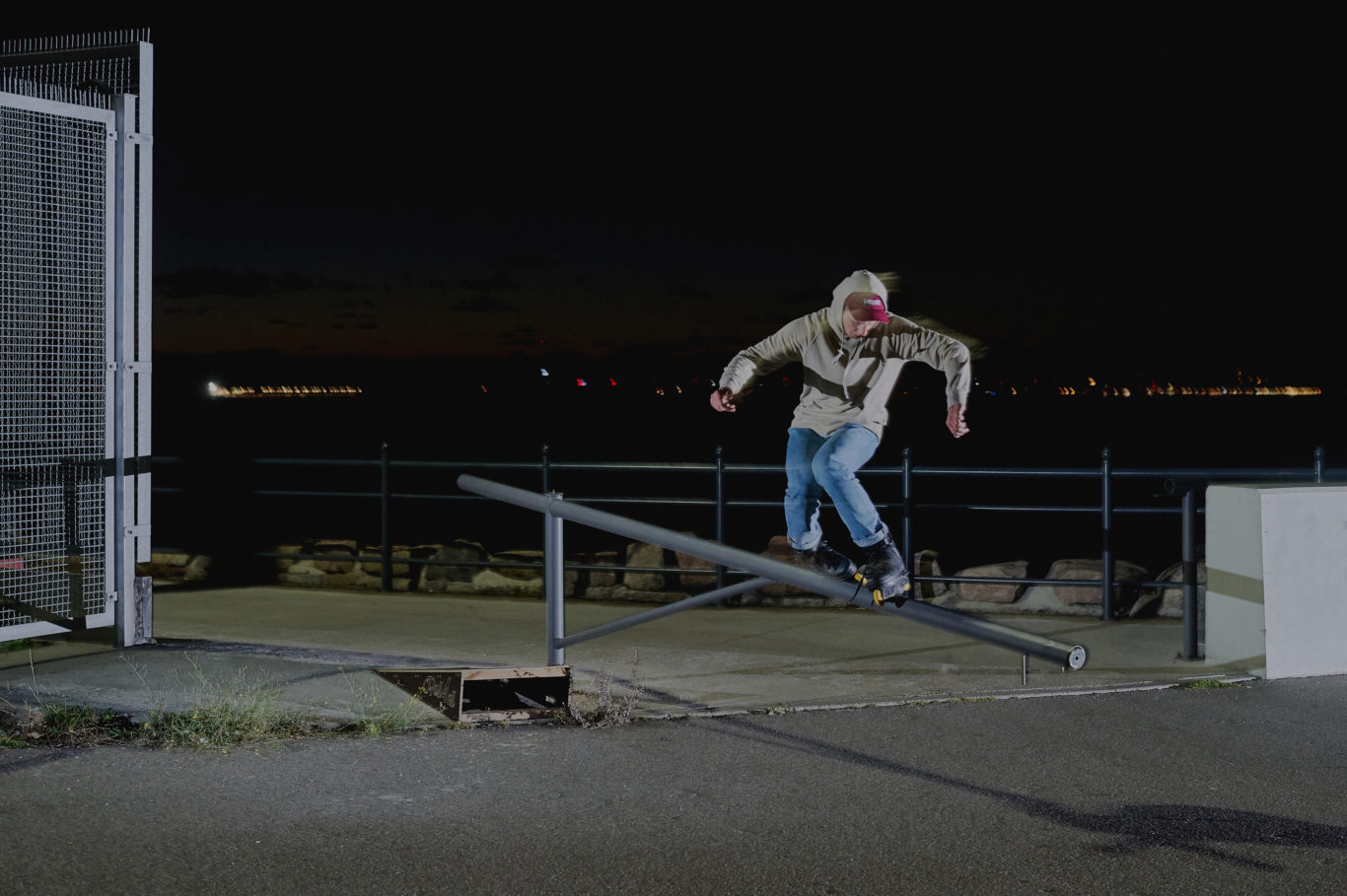 Exactly!! Street Competition – is there any place for it today? Bearing in mind the direction of
the world, don`t you think that the street competition will soon be quite problematic to organize
– how is it with Poland, turnout level etc? Does it have a future?

Let’s start with one – PRL or Polish Rolling League (started in 2011) – for many years, competitions in
Poland are connected by a series – both skatepark competitions and street events. Those taking part in

events collect points for the ranking throughout the year, so at the end of the season we select the
Official Polish Champion – all under the patronage of Polish Skating Federation and completely official.
The league is quite visible and we can apply for government funding for the best riders to help them
with travel budget for international competitions. This still requires a lot of work but there is a light in the
tunnel and the PRL series is a good example of the fact that you can raise funds for the development of
such events from the state itself. However, returning to the question – street competitions are very important! Our league somehow keeps
everything together and motivates people to organize more events. I can agree that the atmosphere of
such competitions is more like a friendly session, an opportunity to meet active skaters from all over
Poland together. But you DO look forward for these events for months. Street competition is an integral
part of our scene so while street skating is still alive I believe that street comps will also be organized. It
is not only about the winners or tricks but above all it’s all about our culture – it is important to cultivate it
even in a slightly less-organized, free form. It is not enough to up-scale it, so we should accept it as it is
and enjoy the fact that our in country it is still quite a common phenomenon. 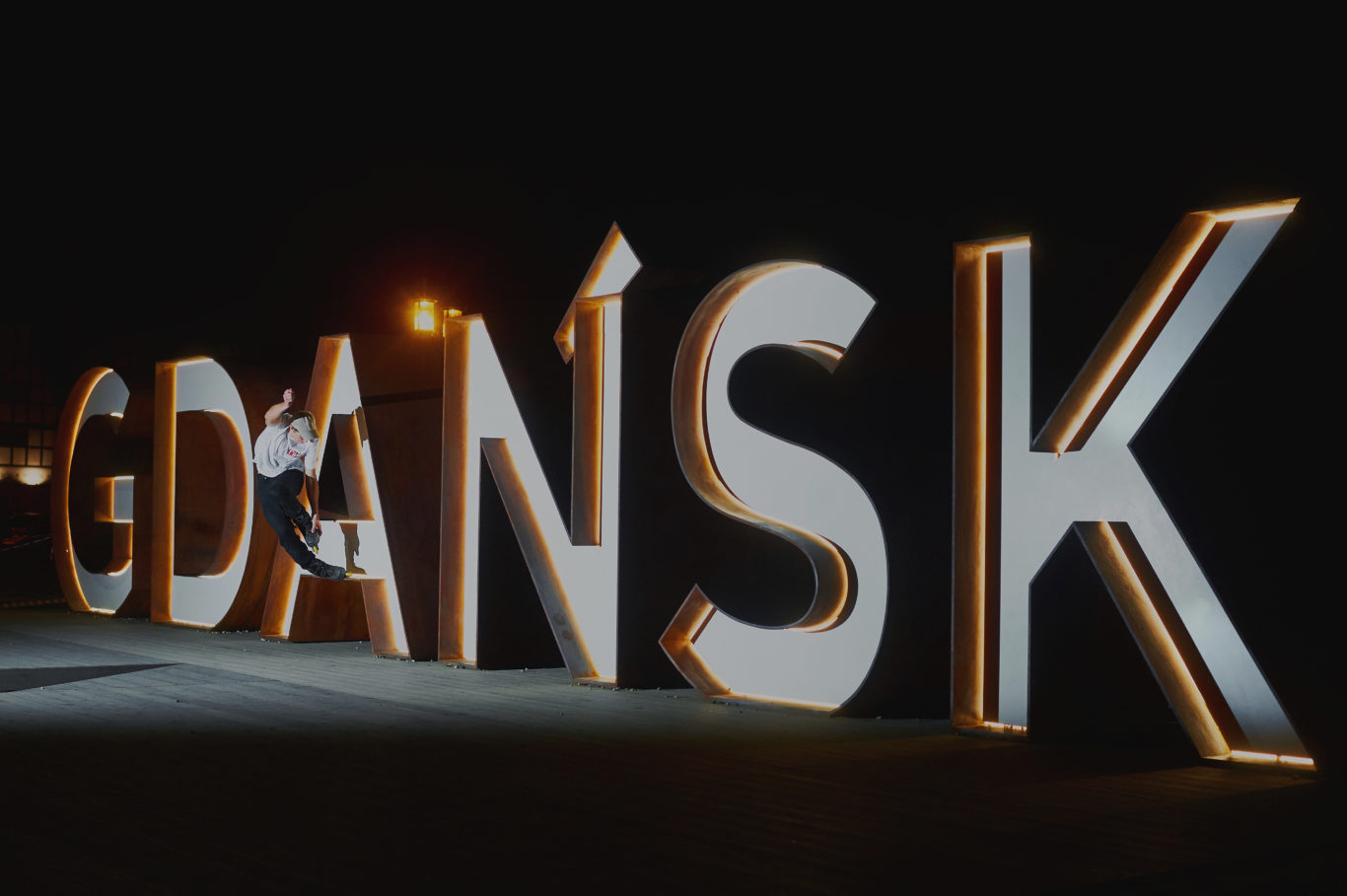 Blade schools / Rollerblading skating lessons – the topic has finally caught on around the
world and we are witnessing avalanche of blade schools and the rush of instructors – are you an
active blading instructor?

Blade Schools are a great thing. In my area (as well as in whole Poland) it has been very popular for
many years now. Several times a year, the official instructor trainings takes place where in a fairly short
time you can learn how to teach and gain the title of blade instructor recognized by the Polish Skating
Federation. Personally, I never planned it myself as my main occupation – my friend opened an indoor
park where he started to teach and needed help, so I decided without hesitation. Unfortunately I found it
hard to do it with my main job and still skating street, etc. Blading lessons is a full-time job – with
classes few times a week where you always have to be in shape, mood etc. – I suddenly started
spending so much time on skates that after the series of classes it was hard to motivate yourself go out
and skate street … I finally gave up on this, yet it cannot be denied, however, that this is super
necessary – in practice every major city has a school and regular Aggressive classes (many of my blade
friends make a living ONLY from this activity) We have a lot of young people who regularly attend
classes, but also an impressive number a little more ambitious, who are starting to skate by
themselves, which makes us very happy!!!! 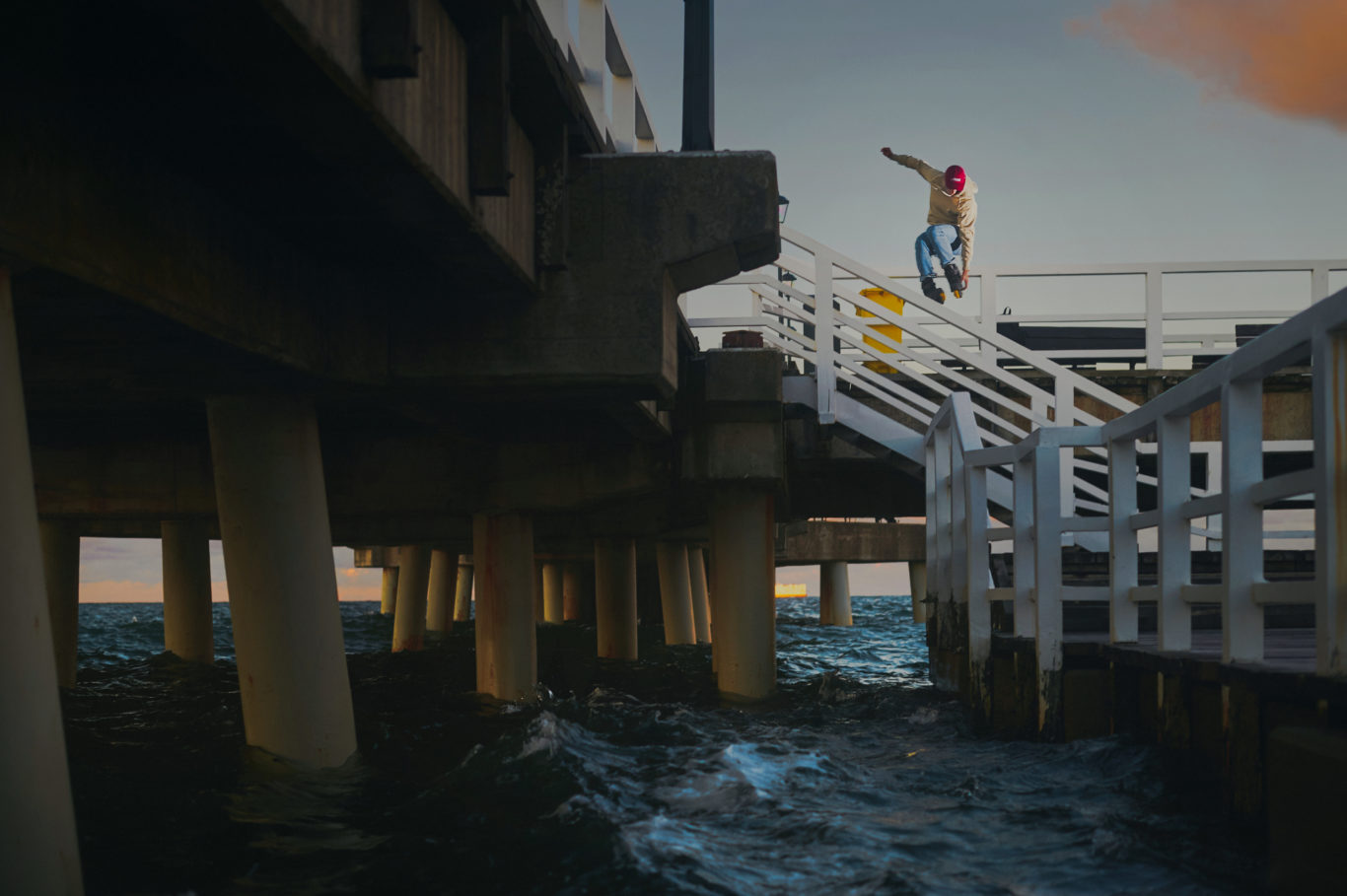