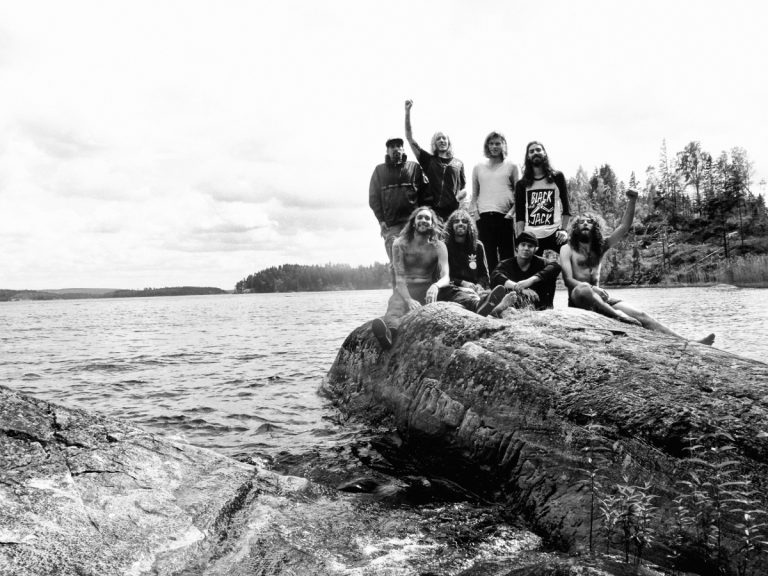 As we are just a few days ahead of the release of the full-length Seis de Bastos video, let’s start by stating the obvious: together, the Haitian, Shredweiser & Balas Perdidas crew has toured more extensively than any other blade company in recent years. They have produced SSM’s Spainweiser in 2012, the Americana Tour video in 2013, the Haitian’s Reincarnation Tour in 2015, and the hermanos have pretty much spent their life on the road ever since!

With a coherent cast composed of Leon Humphries, Chris Dafick, Carson Starnes, Mathias St. John, Adriá Saa, Kåre Lindberg, the Seufferheld brothers, Brian Bina, along with Danish up-and-comer Theo Reumert‘s breakthrough feature & Enanoh himself, all traveling together to some fresh destinations and venturing up Northern countries, it is safe to say that Seis de Bastos might very well be a heavy contender for the video of the year award in 2016.

Since the original release of Seis de Bastos’ first trailer though, the crew has been rather discrete about the project compared to bigger productions like Jonas Hansson’s State Of The Art or Dom West’s Chapter II. However, their strategy seems to have paid off as the excitement has been steadily building up in the past few weeks, with the release of individual teasers which have been popping up on every blader’s screen recently!

Between handling his day job, the whole post-production work on the video and actual online promotion, former SSM pro and experienced videographer Marc Moreno has been quite busy lately. Fortunately for our readers, he took the time to sit down with us and reflect on the whole project: take a sit and join the conversation as we discuss the name, the people, the places, the adventures and the blading that all made Seis de Bastos a masterpiece you won’t want to miss! Hey there Marc, thanks for doing this with us! The cast of Seis de Bastos is obviously a bunch of homies. Who’s part of the crew exactly?
Pretty much everybody that has stopped by my house for the past two years. But as far as sections go, it’s Leon Humphries, Chris Dafick, Carson Starnes, Mathias St. John, Adriá Saa, Theo Reumert, Kåre Lindberg, Jona and Seba Seufferheld, Brian Bina and myself.

How did you pick the title for this project? How does Seis de Bastos translate to English, and what does it all mean to you?
It all came up while reading Understanding the Tarot by the occultist Aleister Crowley. The English translation of the name of the video is Six of Wands, and it’s the name of one tarot card which is often related to victory, progress and self-confidence. The Six of Wands is such positive encouragement to believe in who you are and your accomplishments so far. Don’t let fear or guilt stand in the way of your success.
I don’t know… It made a lot of sense to me at the point in life when I picked up the name. It was a time of confusion when I was debating in between either keep working at my job and keep staying in the comfortable zone, or take a step forward and try to do something that would actually made me happy.
I read that figure in the book and so much shit automatically clicked in my head to take what I know now was the right decision. Where was the video filmed? Besides Barcelona, you guys toured a lot: where did you go, and how did you pick the destinations?
Mainly in Barcelona, but several travels and tours went down while filming for it. I took a trip to London to film with Leon, a trip that turned to be shorter than what I was supposed to had been there due to some unexpected problems. The english legend Rob Glanville had a bad fall in one of the sessions where he damaged his head and the trip turned into such a nightmare, at the same time I was having some familly issues that made me decide to come back earlier.
Some weeks after a bunch of us teamed up to go for a 3 week tour around the north of Europe. And right after we all travelled to Spain and toured around for another 2 weeks.

You suprised everyone by showing up in Denmark halfway through Roskilde indeed. What’s the story there?
Well Dafick, Bina, Seba and Jona were already in Europe for Roskilde and we had already talked about traveling around, so after collecting all we needed from last day’s Roskilde’s free market, we chilled at Kåre’s house for some days to let our brains get back to place, stacked up all we needed and left to take over them Viking lands.

All together, that is quite a lot of traveling, and many hours spent on the road. How long did you film the video for? When did you start filming, and when did you record the last trick on camera?
I started filming not this summer but the one before, the summer of 2014. So that makes 1 year and a half. And I think the last trick was a back savanah from Adri at the end of november. Your previous video was a collaboration with Dafick for Shredweiser’s Americana Tour. For this project, who was in charge of filming, and who’s doing all the editing and post production work?
It’s been pretty much all filmed and edited by me, but all the homies have helped out either with second angles, Hi8 angles, stoping the traffic or giving me ideas for the editing. Dafick and Adri would take the camera to go out and film the time I was working or busy with other shit.

Being on the road for such a long time, was there any funding / sponsors behind the tour, or did all the money come out of your own pockets?
No sponsors seemed to be interested in helping, not even the ones we were skating for. All straight from our pockets, and never better said… Some Balas Perdidas funds were used for the Spanish tour so at least we had the gas money covered for that.

A few of you guys switched sponsors during the tour. Did that impact the project in any way, financially or else? Having to get used to another brand, did that change the actual skating, if at all?
Yeah… Some of us went from being sponsored to not being sponsored. So changing from one skate to an other was to some people a way to explore new ways with the freedom that this supposes. What completely made the project very special, that’s why you’ll be able to see some sections splited in two. What is the best place you went to? Best spot you have skated? And more importantly, the best camping location you found?
My personal favourite place was Copenhague, best spots in Bilbao and best camping location the Norwegian border with Sweden were we camped by a lake and went on a magical night with the creatures of the forest.

Now that most of the editing is done, do you have a personal favorite part in the video? In your opinion, who pulled the hardest?
I like them all because all of them remind me of moments we shared so they’re all very special to me. I can’t be an objective reference to it. We all put a lot of work to build up this piece, I think we all pulled our hardest and one thing I can guarantee is that any section you play will make you wanna go out and skate. And so far, I think that’s the most important.

All these teasers seem to confirm that indeed, they’re all crazy! Speaking of which, what are the craziest stories that happened while touring?
Damn, so many to remember one but the first one that comes up to my mind is that a couple of the guys in the Viking tour got caught stealing a fucking chocomilk in Oslo, where things cost 4 times more than anywhere else in the world and after finding our cars they tried to hold us until the police came. Pretty fucking ridiculous…

Were there any injuries and overall bad experiences during all this? What is your best memory from this whole trip?
As in every period of time, there have been highs and lows… I’d say more highs than lows but those bad things were a complete bummer… Bina fucked up his hand at the very begining of the Viking tour, actually on the third trick he tried. Even though, he made it to end up his part which is the clearest exemple of victory.

Now when is the video dropping? Will there be any kind of premieres or special events? How and when will the video be available?
The final date is not clear yet but is for sure going to be before the Winterclash. We are gonna celebrate the release of the video there, so feel free to have a beer with us at the tradeshow.

That’s for damn sure hermano! As for now, any last words of wisdom, shout out’s and thank you’s?
Special thanks to all the people we have crossed paths with, and have given us shelter, food, beer and any help we needed. Without you guys this wouldn’t have been possible.

Seis de Bastos will be out in the next few days, so stay tuned, and in the meantime, check these out for more: