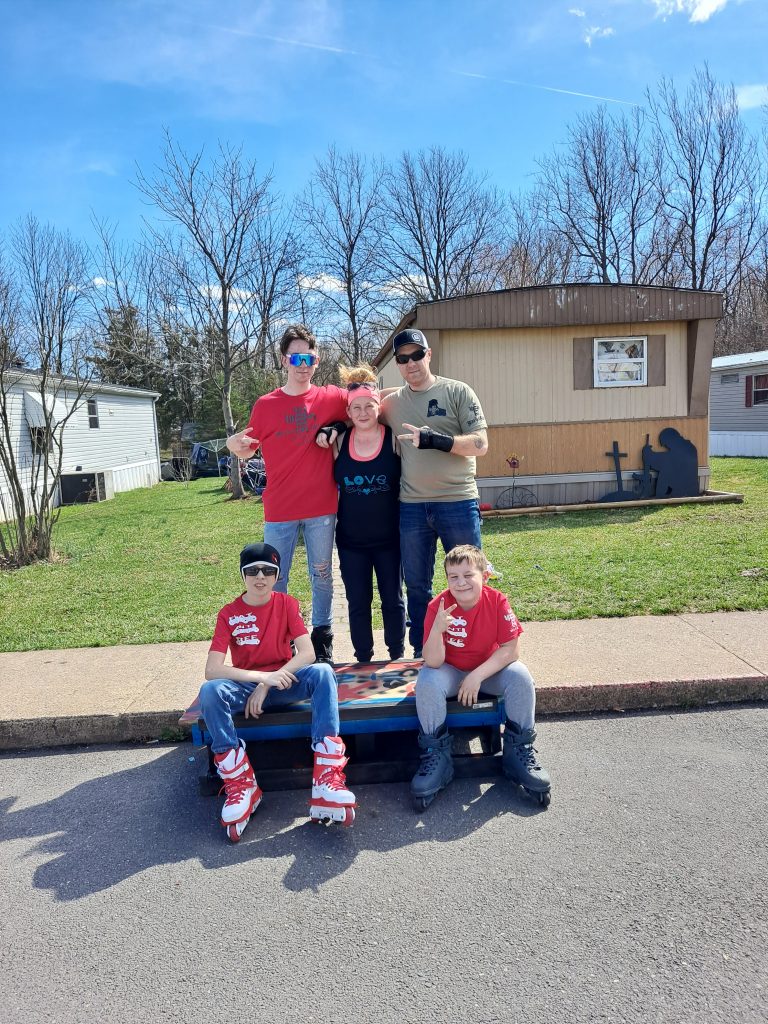 GETTING WELL WITH GAVIN | THE STORY OF GAVIN COLE

The rollerblading community is an incredible accumulation of individuals that will go above and beyond to help those in need within our worldwide family. A perfect example of this was the outpouring of support for one of our greatest heroes, Robert Guerrero, who had endured a tragic shooting a few years ago in Peru and through the combined support of those within our community, Robert was able to be transported home to the U.S to get the care that he needed. Robert’s recovery has been nothing short of a miracle and it is a testament to the power of love that is so prevalent within the blading community.

Another example of this is the story of a young inline skater named Gavin Cole. Gavin’s father Harold had reached out to us to share the tale of Gavin’s unfortunate kidney disease diagnosis and the adversity that their family faced, which included them being forced to quit their jobs and relocate their family to ensure that Gavin received the treatment he needed. We got to speak with Gavin’s parent’s, Harold and Joella, about Gavin’s life saving operation and the overwhelming support that Gavin received from the inline skating community.

Thanks for taking the time to speak with us today. So to get some backstory from you all, I see that the entire Cole family actually inline skates! How did you grow to fall in love with blading as a family?

Harold: I grew up in the 1990’s skating, of course it was huge back then. Long story short I brought my kids to a skatepark in upstate NY, my oldest and his friend were trying to land either an ollie or kickflip, I don’t remember. I bet them if they could land it, I would buy blades and show them what I used to do before I joined the Army in 2002. Of course, they landed the trick and in 2018 I was back on blades again. The kids were blown away with aggressive inline and all of them wanted skates.

How do you as a family motivate each other to skate and progress together?

Harold: We encourage each other to keep working on things, whether it be skating backwards or a grind. I help the kids with the names of grinds/ tricks and help them learn how to do them. My wife and I both give support to the kids and let them know they are doing great and I think me skating with them really helps motivate them to keep going. There are 2 local bladers that we have become very close with, these 2 guys help keep the kids and me motivated as well.

What lead you to finding out that Gavin wasn’t well and what led to him getting checked out?

Harold: Gavin was getting bad headaches and he eventually had puffy eyes. At first, we thought he needed glasses and had allergies but after several trips to the doctor we finally learned of his disease.

What was the health issue that Gavin was diagnosed with?

What was the initial feeling like after hearing the diagnosis?

Harold: Honestly for me it was a huge mix of emotions. My wife and I were scared, sad and really in the new world of unknown. There were times it felt hopeless. Gavin said “I remember it, I felt hungry”.

What were the challenges of working through it medically, mentally and even financially?

Harold: The challenges were many, between the plethora of appointments, several hospital admissions, travel to and from things, bills stacking up from taking time out of work and explaining things to Gavin’s two brothers. Mentally we all fought through it, it was hard on Gavin several times, you could just tell he was verbally saying things as if he was giving up. Financially it crippled us I guess you could say. The appointments at first were 65 miles one way, I was taking time off from work and my wife Joella had to leave her job to care for Gavin. The mix of fuel, food, medical co-pays, vehicle maintenance, change of diet and prescription medication took a lot of money to keep up with.

How did the family adjust their lifestyles to make sure that Gavin got all of the help that he needed?

Harold: We had to adjust Gavin’s diet, so we all changed how we ate a little bit. We tried to keep it the “norm” as best we could. My wife Joella had to leave her job so she could care for Gavin, I eventually had to transfer jobs from Upstate NY to PA, we packed up and moved to PA into a smaller house that is in need of quite a bit of TLC. All of us had to become better at keeping ourselves healthy so Gavin wouldn’t catch an illness. Lots of hand sanitizer, pre Covid. All three of the boys had to go to new schools and tolerate all the appointments. The boys had to make an attempt to make new friends. We really never had the opportunity to “vacation”. All of us pitched in to assist Gavin.

What started the outreach to rollerblading professionals and brands?

Harold: When we received the phone call that Gavin had a kidney and we needed to get to the Children’s Hospital of Philadelphia so Gavin could be admitted for transplant, I could tell Gavin was scared, nervous and worried about major surgery. I figured if anyone could send him love, support and encouragement outside of family, it would be the blading community. Honestly, I didn’t think I would get the amount of  responses back I did. I started by messaging I think it was Montre Livingston and The Communit-E. Julio’s Communit-E responded within minutes and I think it was Sean Darst. My initial message stated “My son Gavin, my wife and I are all at the Children’s Hospital of Philadelphia awaiting his transplant. He loves skating, currently he has the USD Montre Livingston skates, but we just ordered the The Communit-E 908 boots from Intuition Skate Shop. He would die (not physically) if he got a video chat from Jon”

They responded and we worked it out, Gavin got to video chat with Jon Julio, Sean Darst, Jeff Stockwell, Billy O Neill, Randy Spizer, Matt Mickey (Intuition Skate Shop) and the Sunday Brunch guys. It was incredible and to top it off Gavin was trying to tell JJ that he was getting the 908 Communite boot for his birthday, I am not sure if JJ misunderstood him but he just said ‘You want skates? I’ll send you some!” Gavin received a box from JJ with complete 908’s, a shirt and hat.

Not only did he do that but several days later he (or I assume it was him) started telling folks on IG that they could help support us financially and was giving them my Paypal link. In about a week just over $900.00 was donated to my family. Talk about selflessness and love! At this point I decided I would reach out to others and flood Gavin with support from the community of bladers. Gavin received messages of encouragement or chatted with the following people: Derek Henderson, Sean and Colin Kelso of Bacemint, Alex Broskow, Murdah Militia SC (Nate Buck, Craig Parsons, Joe and Kraze (Jeremy Viejegas ), Chris Edwards, Austin Paz, Jon Ortiz, Jason Reyna, Martin Danning, Jaren Grob, Paul Noworyta, Ricardo Lino and Demetrious George. Each of those people either commented on a post, left him a message or chatted with him. The blading community is like no other action sport and from what I remember it has always been this way.

What do you, as parents, think the response says about the rollerblading community?

Joella: It shows what family is all about. They all reached out instantly without even knowing us. Its priceless and hard to put into words.

Harold: To me it shows what I have known for years and why I reached out to begin with. The blading community is stellar and it is leaps and bounds ahead of other action sports in the arena of showing love and support. A fine example of this is not only Gavin but the support poured out for Rob Guerrero. Nothing compares to the love and support shown by bladers not only to each other but towards others in action sports not just blading.

We are happy to update everyone on Gavin’s speedy recovery and that he is doing very well and thankfully is back to skating and shredding in his new pair of Them Skates. We want to send a special thank you to the Cole family for taking the time to speak with us and all of the incredible skaters who reached out to show their support for Gavin in his time of need.

The Cole Family. (from left to right: Gregory, Joella, Harold, Gavin and Jayden)