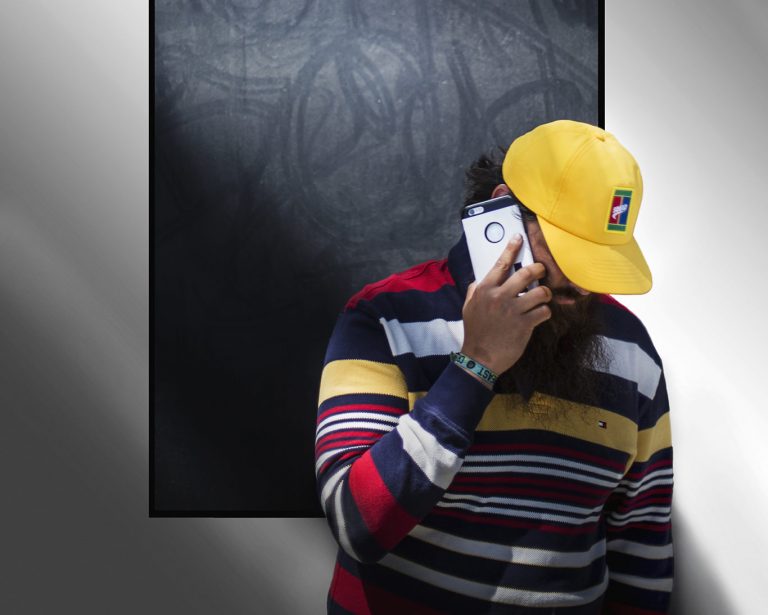 GL-JOE’S “RETROGRADE” IS A LOVE LETTER TO CHICAGO

A prominent figure not only in the Chicago blade scene, but in producing video in general for the blade community, GL-Joe (to a rare few, Joseph Esquivel), comes to us with a video mixtape that documents the past 6 years of the Chicago scene, titled “Retrograde- A Chicago Mixtape”. We took a few minutes to chat with Joe about how the mixtape came to fruition, his favorite people to work with, and what it really takes to meet the par for creating genuine video work in this day and age.

How did this come to fruition?

Retrograde is a love letter to Chicago. I moved away 3 years ago to LA for work. I miss it everyday, wishing I could be back there, but the work and opportunities are much greater for my career here in LA. Retrograde is footage from iPhones and various cameras from my last 3 years in Chicago. The sound track is all proto house or early house music from Chicago. I was never really into House music until I started traveling the world and realizing every inch of the Globe plays House music. Chicago invented House music back in the early 80’s in the Fulton market warehouse district. That is also were we called home and had our skate base in Chicago for many years thanks to Collin Martin.

Retrograde is my 3rd mixtape in my Shoes With Wheels series. I have been making mixtapes for Shoes With Wheels since ‘04. My first skate mixtape was called PWC: Project Windy City released in 2004 staring Matt Luda, Matthias St. John, Steve Lerner and Dave Castenada . My visions for skate videos back then were to marry the concepts and direction in music videos with skating. I had rotoscoping, stop motion, motion graphics, Set design and acting all well before anyone knew how to incorporate that stuff into skate videos. I hid PWC Vol1 in various skate videos as Easter eggs in DVD menus. See if you can find it in these videos Hyphy3, Yellow, Smell the Onion, Dude its still fun, and Pay Taxes and Die.
I released the next project called PWC: The Prelude to “Shoes with Wheels” 6 years later. This mixtape was more a direct skate video and less of gags. Travis Rhodes, Matthias St. John, Jona and Sebastian Seufferheld, and Angelo Magerntina all had sections in this video. This was an amazing time filming and being young. Lots of parties and adventures around Chicago.

Now all of my focus is on starting and finishing Shoes With Wheels.

The Chicago scene has recently been producing a wealth of content, why the sudden surge?

There has always been a steady stream of content coming out of Chicago. All the way back in the Daily Bread days, to Innovate skate message board, pre youtube era with Fruitboot.com, Haitian magazine, China Town, Kaz with his Abstract Art series, Paul John‘s Tax free series and Doug Sharley’s Mix Tapes.
I think why people are starting to pay attention is because the current trend in skating started here in Chicago with the Haitian kids, Nick Labarre and Thinh Le. They started skating like this 6-7 years ago. When they started touring around they influenced a grip of people all around America. Now we have people like Alex Broskow, the Kelsos, Collin Martin, Danny Beer, Andrew Nemirov who are taking what they started and pushing it further than anyone can imagine. 6-7 years ago that style of skating got lots of hate and people did not understand what they were doing.

Favorite people to work with in the Chicago scene?
Collin Martin, He has pushed me more than anyone else. Growing up I would send my edits to Collin before putting them out. He would heavily critique them and help me make them better. He also ran Fruitboot.com and the Windy City Riot competitions. I helped him with those endeavors and that helped shape me who I am today. Also my younger brother Anthony Esquivel, we have been skating together since ‘93. Started a clothing company together in ‘99 called Metro Media and have been throwing parties and art events together for many years. After I moved to LA he moved to NYC for work. How do you feel about VOD’s? Do you think there is a certain level of skating and filming that should be met in order to charge someone, or do you think it is just something to leave to the discretion of the person creating?

VOD’s are the greatest. They are good for the environment, produce less waste, keep cost down and you can watch your skate collection from anywhere in the world. Anyone who disagrees probably still thinks steam engines will be the technology of the future.

My only quarrel with VODs are there needs to be a hub, that holds all the skate VOD’s ever. I try to buy as many as I can. But after a month they get lost to time and you forget which ones you missed. People in skating are the worst at marketing and product rollouts. I get it and understand why its like that, I just wish there was a better way for everyone to promote their projects.

I decided when I was young what I was going to do forever. Skate videos were my outlet at the time. I did not know any musicians yet but I had tons of skaters. So I treated my early skate videos as Music videos and did all my experimenting then. I premiered my first mixtape along 4×4’s Leading the Blind. Alex Broskow told me he really enjoyed my video and style but it was a little much for a skate video. Distracting from the tricks. That pushed me to create and do more with my skate content. Making it cleaner and using the effects and gags as intros and transitions. I learned about the par bar during this time of making skate edits. That mentality stuck with me when I transitioned to Music videos. I could not make something that did not look like what the best was looking like at the time.
When making a blade video, or blade edit, or anything blade video related, do you have an intention at the beginning or do you let your filming naturally collect itself through sporadic sessions?

When I decide to make a skate project I treat it like a documentary. I have an idea, theme and atheistic I want planned out. But once filming starts and we get to editing I really do not know what its going to look like. Music is a HUGE part to making skate videos. My music selection has gotten me lots of compliments and jobs within the skate industry. I was the music curator for Valo 4 Life, V and the upcoming Valo 6. The songs I look for will define the pace and look of my project. Most times I will have the audio edited for the entire project before I even begin filming. As time goes on some songs will change, but the music ultimately defines the project. What videos influenced you the most growing up?

Growing up my first skate video was Hoax 2 Anarchy across America. That video got me hooked into the street skating lifestyle. Parties, girls, pranks, traveling, good music and stunts. After that I was introduced to Brian Bell skate videos. Oh My God. I was in so much love. I love street culture, I have been obsessed with it since I was in 3rd grade. Me and my friends would skate around and graffiti with markers around our neighborhood. Drew Bachrach moved to Chicago for School and later started the Life+ series. Drew had always been a huge influence on me since his Battle my Crew edit in VG12. I had never seen anything like that. Then he dropped that Brandon Campbell section. That single section influenced me so much I brought it to film school to show as my favorite “movie” scene. As you can tell from the videos I have made I am drawn to the grittier look and feel. Paul John, Pat Lennen, and Sean Sea all were my favorites. I loved the way they transitioned from one thing to the next and the gritty content they captured. I would say my style is a mix between Life+ and Paul John.

What advice would you give someone that is getting into video?

Don’t be one of those kids who gets a DSLR and starts doing shitty point and shoot Music videos and calls everything a movie. Please research and study your craft. There is an already set par line, I was able to make that par line on my first try back in 2007. Its now 2017, it is soooooo much easier to meet that par bar today. Nobody should have an excuse as to why their videos do not look as good as Hype Williams or Michele Gondry. On the positive side, just keep working never, give up. The people who never give up will keep leveling up, and before you know it you are the last one standing.