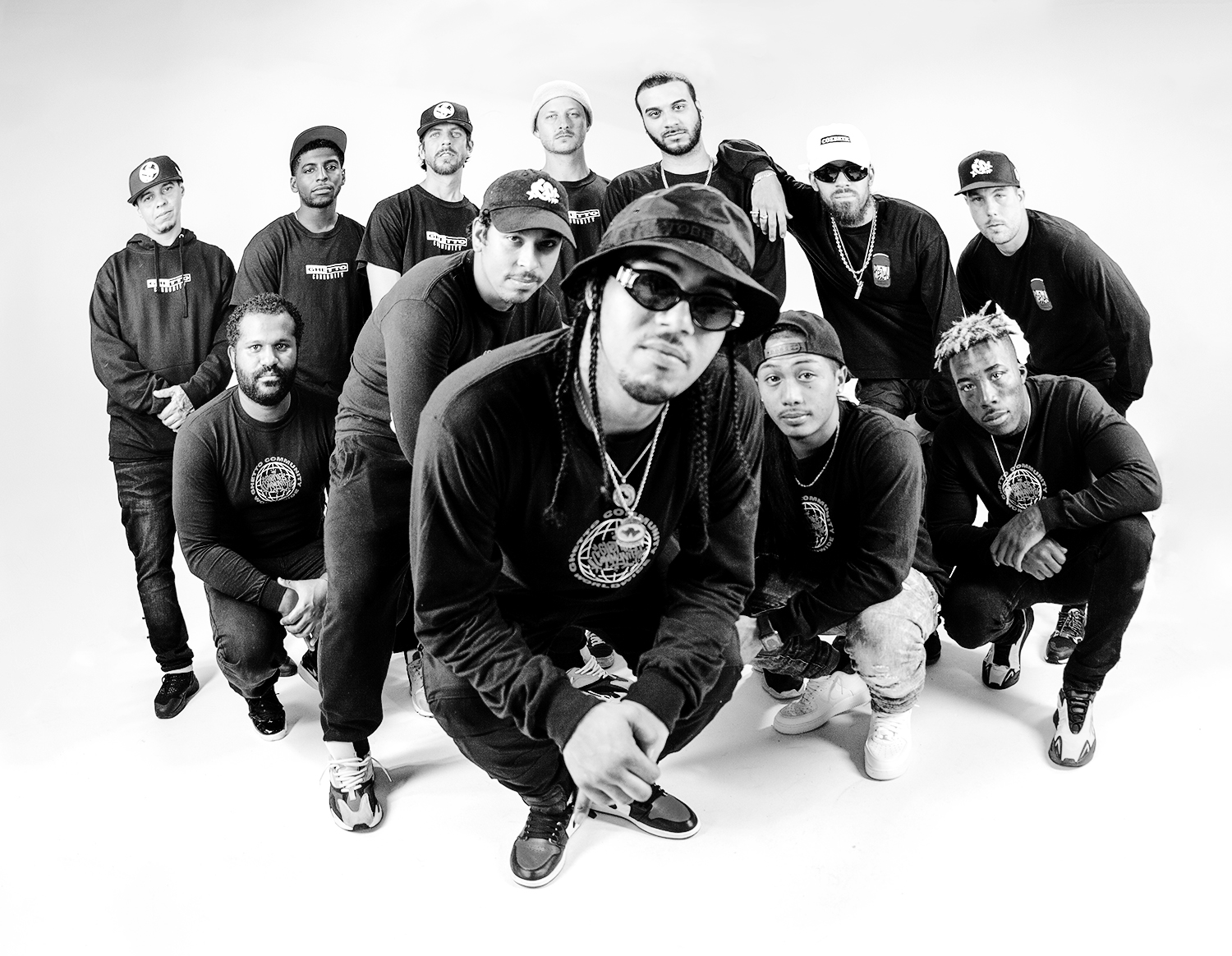 New York has a rich history of producing some iconic companies, from the likes of FR to B.Unique, they’ve left an impressionable mark in the rollerblading world. Jordan Baez, a New York native of the Lower East Side and blader of over 10 years, is looking to do the same. Baez’s first introduction to skating was as a young child. “When I was a kid in elementary school I used to hang out with these kids (that skated).”, he explains. ” I never was a skater; I was always playing basketball. But these were my close friends and they had blades, and they convinced me (to get into it), so I got blades and at that time people were so crazy I’d never thought I could keep up, so I hung em up.” Although initially defeated by self-doubt, Jordan would rekindle his relationship with the sport a few years later. “At the age of 16 I picked ’em back up and never let em go.” From there, his passion for the sport intensified, forming relationships with a handful of NYC skaters that led him to begin his own crew. Originally beginning in 2014-2015 under the moniker ‘New York Money Team,’ the idea developed into what is now Ghetto Community, a group of like minded individuals looking to push not only the coverage of the New York blade scene, but expand beyond that to inspire and support other regions of the blading world. We took some time to chat with Baez about the origins of the company and what he is looking to do next…

So let’s start with the beginning of Ghetto Community; originally it was just a crew, right?

Yes, it started with five people who consistently met up to skate with each other.

Who was apart of that original group?

Pablo Munoz, Andy Crxck Feliciano, Chris Dejesus, Ryan Many and myself. We originally called ourselves the NYMONEYTEAM, but I thought that was kind of a cheesy name.

Jordan Baez, pictured above, has been involved in the rollerblading scene for over 10 years.

Haha I got you, and when did the crew originally begin?

When did the idea of it becoming a company come into play?

That was never my idea or goal. I just wanted to form a group of my closest friends to blade with all the time. When I started making shirts for fun and seeing the support I got, it made me continue to [want] do this.

Where did the name of Ghetto Community come from?

One day I sat on my roof, alone, smoking; just thinking of a more attractive name. Of what represented me and my crew. Ghetto Community represents where we come from— what we are, how we act. Ghetto isn’t necessarily a negative thing! And before anyone says anything about my homies being white on Ghetto Community, every single nationality comes from a ghetto! Even if it’s a trailer park! It’s the ghetto and how we survive from it!

A handful of the Ghetto Community Crew photographed at Young & Grumpy studio in Brooklyn, New York.

That’s quite a team. I know you went to the Dominican Republic recently. Can you give some insight on that trip and what the purpose of it was?

Skating in my homeland for two years has been my mission. I’ve been to the Dominican Republic numerous amount of times, but never to skate. I got a couple homies from the streets of NYC who used to blade, but I force ’em out 6-7 times a year. They faithfully go to DR 4-5 times a year and they have shown me the skate scene out there. I know bladers exist everywhere in the world, but I was quite surprised to see it in my country!

A lot of people cannot afford blades. Imagine the ordering and shipping! It would cost a lot! In the videos I’ve seen, dudes [in the Dominican Republic] have parts that are over 10 to 15 years old. It made me want to get these dudes a decent set up. So around 2018, I sent my first package to them with at least 4-5 fully set up blades. (Thanks to Raziel and P!) Then from 2018 to 2020, I made it my mission to collect any blades, parts, and clothes. It got kind of hard just going to each person to collect, so I organized an event in a new skate park in the Bronx, NY. It was a small turn out but we had huge donations. Enough to get a town on blades! We had sponsors that helped out with care packages for the event and for the people in Dominican Republic: Razors, Ground Control, Reign Liners, Oak City skate shop, Rollerwarehouse, and Blade In NY.

We planned this trip for over a year and we finally set a date for February of 2020. A few members of our crew only made it out because some don’t have passports. But when we got there, we settled in the next day we went to my hometown La Vega, Dominican Republic. [The town has] one of the best skate parks I’ve been too in a while; concrete and handmade by bladers. My man Issac is a hometown local and was responsible for getting the park built. He showed us around the city and helped us with everything we needed!

YKTV EP.2/DEAL$ VOL.13 finds the Ghetto Community team in the Dominican Republic. Baez, who is of Dominican descent, organized a donation initiative to give back to his home country.

That’s incredible, it’s great to see a crew from a big scene like New York bring positive energy to smaller communities; it certainly leaves an impact. Shifting gears a bit—who else is involved in the creative side of Ghetto Community? I know you’ve been working a lot with Sam DeAngelis as well as Stefan Brandow for design work. How did those relationships come about?

Well, I’ve known Sam DeAngelis practically my whole life! He’s always been a supporter of me. He’s taken me on tours and other trips. Our our relationship has always been there. When Sam moved back to the East Coast, he always bladed with us, helping us, giving us ideas. Ghetto Community is about family; we all are brothers to each other so the fact that he was eager to be a part of what I’m building, I didn’t hesitate to keep him on board!

Sam DeAngelis, left, and Stefan Brandow are among the various creative talents involved with Ghetto Community

Stefan Brandow I’ve known for so many years. I’ve filmed edits of him, have always hung out and checked in with each other, made sure we were good. When Stefan decided to help me out, it was amazing. I know nothing about graphic design, yet was lucky enough to have my friends to help me out along the way.

Stefan isn’t the only one I work with [regarding designs]. I do work with a lot of other people — my friend who’s really good and has a dope clothing @212lurky @erare; my childhood friend Abel; the super talented OG Blader Frank! Every design you ever see, I come up with the concept so it’s never anyone else’s ideas —  it’s all mine. They’re just helping my vision!

We spoke previously about you doing a team video. Can you tell me more about that? Who’s got sections?

We tryna keep it low key, but I’ll give you 3 names: Boschi Pope, Victor Arias, and Tim Franken.

You have soft goods taken care of. Do you see yourself pursuing any other types of products for Ghetto Community?

Our goal for 2019 was to make wheels, but that just wasn’t happening. Maybe we will do something else.

What are the next logical steps you want to take Ghetto Community towards?