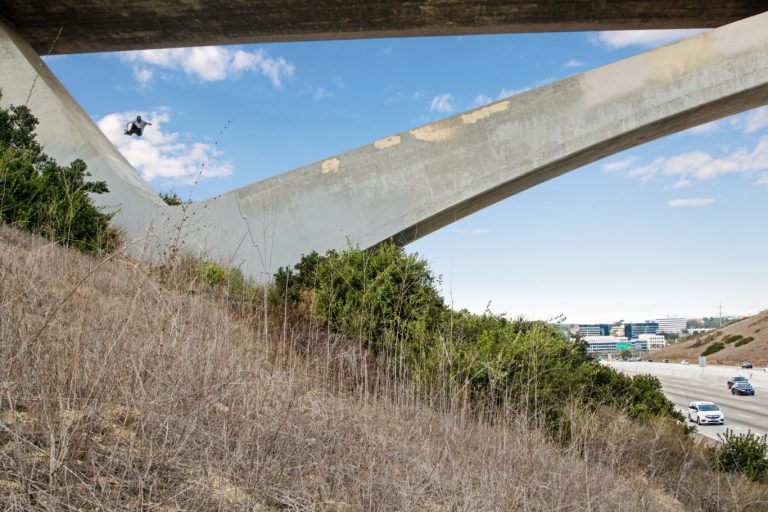 It seem like every time I turn the corner, there’s a new blade video on the rise. It’s exciting, as I don’t think we’ve experienced a time prior that saw such a wealth of content on a consistent basis, not to mention a majority of it being very high caliber.
Chris Calkins reached out to me recently, and surprise surprise, he’s working on a blade video. So I put my pen to paper and asked Chris a few questions about it.

When did you and Jeremy meet?

Jeremy and I first met in early 2011 when I organized the 1st “Sin City Session” in Las Vegas. The whole LA scene came out for the comp and we’ve been homies ever since.

When did you two start working on videos together?

Shortly after the Sin City Session, I moved to LA and we almost immediately starting filming and skating together.

How long have you been working on this latest piece?

Since Feet4 wrapped up we have been working on stacking footage. We went into this not really having a timeframe and more just having fun with friends. That makes for some of the best footage and memories.

Mainly just Jeremy and I with the actual video, but we could not have done any of it without the support, trust, and dedication of all the homies we work with.

Who’s been responsible for filming?

The filming has been mostly Jeremy and myself, with a healthy amount of contributed footage from a few others. Thanks you to anyone that gave us clips!

How will the final product be? Will there be split sections, or will it be more fluid like a homie video?

The video will be a homies vibe with shorter profiles with skaters like Kruise Sapstein, Joey Lunger, Tim Franken, Joe Jimenez, Jose Arce, Jeremy Soderburg, and myself.

Are you guys looking to incorporate some art direction, similar to what Jerm did with Master Splinter?

We are always trying to make the content we put out funny and enjoyable to watch. It’s all about having fun.

Aside from this video project, anything else we can expect from you in 2018?

2018 is shaping up to be a very productive year. There are a few projects on the table that I can’t give details on yet… and I’ll be steady putting out content for my sponsors.

Do you have a name for the video?

How will it be released? Any plans for a physical DVD?

This video will be released for free, no VOD or DVD plans for the project. Just hit play and enjoy.

If you could pick thus far, who has been your favorite person to work with/film with for this?

Probably Joey Lunger. Anytime we skate, it’s almost a guarantee clips will be had. He brings a good fresh energy to the LA scene.

Last Q, what’s the reasoning behind the name of the video?

PopKiller is a film by Jeremy Soderberg and Chris Calkins, releasing TBD. Keep it here for continued updates.