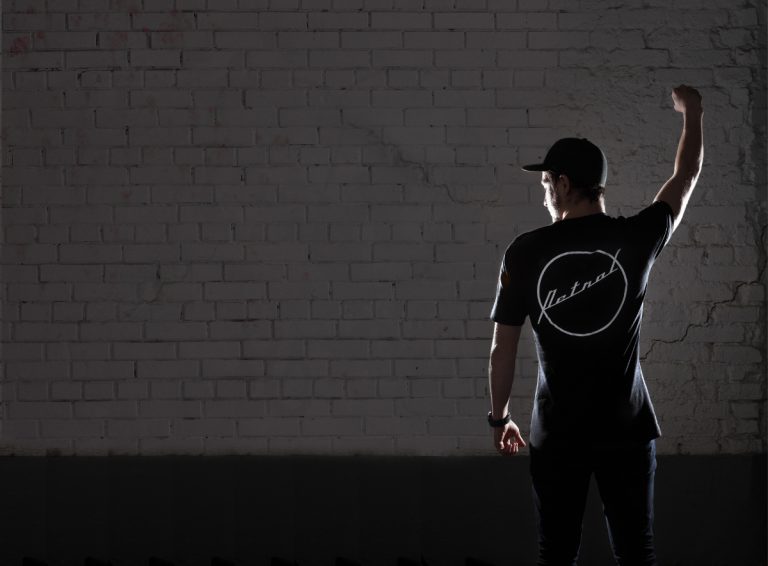 Checking in with Guillaume Le Gentil

You guys and gals are free to disagree, but right now, Guillaume Le Gentil is the most stylish european rollerblader, and one of the people keeping the French and European rollerblading scene interesting. He manages the french Rollerblade team, updates their blog on a daily basis and works tirelessly on promoting rollerblading to the ignorant masses.

Instead of accepting the status quo, he’s adamant on securing a better future for rollerblading, among our ‘extreme’ sports peers and in the broader public. He has an interesting project with other companies of the Rollerblade / Nordica Group, that you should keep your eyes peeled for.

In the meantime, he’s putting out great content, with his latest edit filmed in the Paris metro stations, again with one of the usual suspects in European rollerblading, Cavin Brinkman. So, for this interview, we decided to start with his latest work! I loved your Paris metro edit. How long did it take you to select the stations? Was it a problem to film there and how long did it take?
Well, I didn’t want to take this project seriously. After we started, we just wanted to shoot some clips for fun, but we didn’t really have a plan on what we wanted to do. It was the winter, it rained every day so we needed to find an indoor spot. Since I was a kid, I wanted to skate a metro station so this seemed like a good enough occasion. The first session in particular was crazy, we met after I got off work at around 7PM and all the stops were crowded. After like an hour and only two tricks that I managed to pull because I’m not the type of guy to carelessly crash into people, we decided to grab a meal. After a couple of hours, we went back and had a crazy session. To cut a long story short , we had to wait for a whole year to start filming again and after another couple of sessions we finally gathered enough footy to make a cool edit. The project ended when I got busted and had to pay a 60€ fine. But it was a lot of fun. Thanks to Cavin for the song and the good times, and Rollerblade for the support to Cavin to make it available online.

So, what’s your relationship with Rollerblade now? They have a bit of a troubled history in our scene, they were known to fire their whole team every once in a while. I skated the Solo skates and found them really good. Did they welcome you back on the team after your brief relationship with Adapt brand?
Right now, I’m really happy with my relationship with Rollerblade. I never had any problems with them, I was off the team for like a year and two months when I went to work with Adapt. I needed the time off to try and explore a different path. I was studying marketing at the time and I wanted to see how a small brand could be managed. I wanted to be involved in the development of a skate, a team and a brand. So when Adapt asked me to be a part of their team, I took the chance.

And did it work out the way you planned for it?
I remained in contact with Sven Boekhorst, he’s so much more than a team manager or a good skater pal. Well, things were going ok with Adapt but after like six months I already realised we didn’t share the same vision. And I missed the Rollerblade family and the skate.
And right now I am really involved with Rollerblade in France, in addition to being an international pro skater for Rollerblade too. I try to do my best to make things move in France and they seem to appreciate my involvement. So, what does working for Rollerblade as a pro skater look like? What do you do except skate? How often do you talk to the company?
I wouldn’t really consider myself a pro skater in the sense of getting paid and living off skating. I work in sports marketing, but I love skating and it remains my passion. It’s what I do to forget everything else, and I really skate only when I want to. Skating has to stay fun and doesn’t has to be an obligation. But, Rollerblade does recognise me as a member of the International Pro Team and this means a lot to me because it’s the biggest and most open minded company in the game, and the only one able to stay a core player in any segment of skating. I help them push things forward in the French market, I use my marketing competences and the passion I have to promote the brand and rollerblading in general. I manage Rollerblade’s French team blog and I try to put out a lot of content. Right now, I’m preparing a video that will mix rollerblading and skiing, just trying to mix things up and make rollerblading richer with input from another similar sport and passion.

What’s the concept, and who will be in it? Also, will it cost a lot of money? Did you get a sufficient budget for production?
I can’t really talk a lot about it, it would be like explaining a magician’s trick. But the concept is to bring rollerblading and skiing together and grow both sports. I believe rollerblading has to change, because if we do the same thing over and over, it’s going to become stagnant and less people will skate. I believe that there’s this perception that if you are a rollerblader, you consider it cool, but if you’re not a part of this world, you don’t really think of rollerblading as cool. Why? Think about it. From my point of view, blading has to be more open-minded to let people from the outside become part of it and let them appropriate the sport to help it change.
I believe that if we can show rollerblading is cool and fun to skiers and that they can pursue it during the summer, crazy as they are, they will help make rollerblading a thousand times more interesting to everybody, even people who aren’t really aware that you can jump and do grinds on rollerblades. And I’m not really thinking about drawing parallels with Big Air in skiing, but more of approaching rollerblading in a similar manner to let’s say freeskiing. I’m doing it with a Nordica pro skier. The budget will be the largest for a rollerblading or a skiing video in France for sure. And it will be free, because the goal is to promote Rollerblade and Nordica.

Generally, I think rollerblading is a closed community, skiing is more open and this is why it’s cool to see a freeski competition in the Olympics, and why you never see a rollerblading competition on TV. Maybe FISE, but they’re the only ones.
For example, look at the French National Skateboarding Championship. Why is it that a National Championship looks weird in rollerblading and looks amazing in skateboarding? It’s because skateboarders know what they are, they know their strenghts and weaknesses, they don’t try to change to gain audience. We have to find a good balance between open-mindedness and keeping in mind that we’re not doing it for show.

What do you mean by closed community? Do you think the people on the scene are acting too much like a sect or is it the companies that don’t do enough to promote rollerblading to the general public?
Look at the average rollerblading contest: you have your hipsters, then the double backflip guys, the rocker gang, the 50cent fans… They all look like they’re not even participating in the same event. There’s too much stuff going on, and they don’t seem to be working together to make rollerblading more fun. You can be who you are but you have to accept your neighbour for who he is.

So, whose responsibility is to make it more accessible? What is our industry doing wrong compared to let’s say skateboarding or snowboarding or skiing?
Look at the Rollerblade Team: Sean Keane is a street lizard, Suarez is an amazing park rat, Maxime Genoud is a crazy rookie , Sven is the Daddy who’s able to do hammers on whatever he wants… All these differences working together make Rollerblade beautiful for me. Extreme sports have too look cool to everybody. Rollerblading looks really cool now to people who are a part of it, but you need to understand the game to be able to appreciate it. Blading will be at it’s best when a random dad or mom or a footballer will enjoy watching a group of rollerbladers session a skatepark the first time when they see it. Blading needs more media and more media coverage.

Easier to do?
Well, the tricks shouldn’t be easier, it should be easier to have fun and participate.

Ok, let’s wrap it up. Final question, what can we expect from you, skating-wise in 2016, and is rollerblade going to make the metroblade a street skate?
I’m planning on going to the US and skate but it’s not carved in stone. And the metroblade is an urban skate, we’ll have to see if it’s going to be a street skate too.