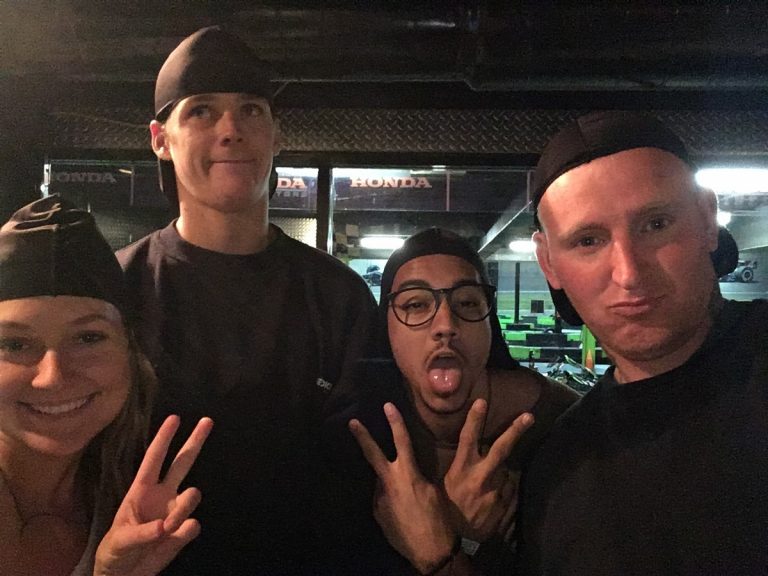 So we made it to the East coast. Maybe my favorite coast but thats because I’ve been to this side the most. NY PA VA NC but this is my first time in Atlanta, Georgia.
We arrived and from the plane we saw the skyline and some smoke so I said as a joke “ow shit ATL is burning”, but five minutes later when our plane was rolling towards the gate the smoke went from normal to pitch black and we knew something was deff burning. Julian picks us up and we drive to the house of Chris Smith ( he himself was still in Cuba With Carson Starnes and 2 other friends)
Chris’ roomate invited us for dinner and during dinner we found out that the smoke we saw was actually a highway bridge that collapsed because of a fire under it. The fuck a whole bridge part just fell down? This smells like a conspiracy since we are in The US and it was probably TRUMP to cover some other bullshit up.

We arrive at Julian’s house and its beautifull. He lives in the middle of a forrest (we later realize that ATL is green as fuck and beautiful during this time of the year).
We sleep and the next day we go out for our first day of skating ATL.
Spots here are different than in California. Here you can skate some spots without getting kicked easier than in SD. Maybe not all but the vibe was really relaxed and calm. Traffic was bitchin because of the collapsed bridge but we made it downtown. Since we already skated a few spots we needed some food and we ended up at my favorite pizza joint “mellow mushrooms” where I ordered a 14 inch vegan pizza and Julian and the waitress where suprised I ate it all.

Big boy was hungry I guess.
We had a few days rain so we chilled at the house and caught up on some sleep.
One night we went to a karting/arcade place for some good ol fun.
They gave us some doorags for under the helmet, Levi liked it so much he still wears it 🙂
The roomie of Chris gave us some scratch tickets. Levi was new to this but had beginners luck he won $7. The day after he bought 7 tickets and won $2 and a free ticket than he lost it all. We almost lost a young kid on scratch offs. We met with Carson when he returned from Cuba and jumped in his pool after some food.
The days are filled with skating and chilling.

Atlanta is a young and creative city with a cool new place callled the Belt Line, its a bike/walk path trough Atlanta and its filled with people walking skating biking and chilling on the grass or at some bars. Pretty murals all over town.
ATL is cool.

After a sesh we went to a backyard mini ramp owned by soem slateboarders Carson knew.
We had a lil session with them and we all went our own way after.
I went to see some bands play (Basement, Touche Amore and Thursday) and took a metro back to the house.
Atlant has a large number of DIY parks. One is a bowl built by boarders, this bowl is been under a bridge between 8/10 years and only a few people knew about it. Until the bridge collapsed next to it. The bowl got exposed and even made the local news.
Sadly the bowl will get destroyed soon so we made a quick stop to skate it. Carson knew where it was before but never went so it was a good excuse to go.
We visted a big rock called Stone mountain and where stunned by how big it was and the view we had on top of it.
They said there was a laser/firework show at night for free so we stayed. wish we didnt because it sucked. They projected commercials for about 15 minutes before the show, typical american. I am sorry you guys have such a money hungry country.
I’m typing this on the couch with a full belly of food after a original Jbahbbq and some deep fried golden oreos. We got 16 more days and the sun is out. I am excited!!