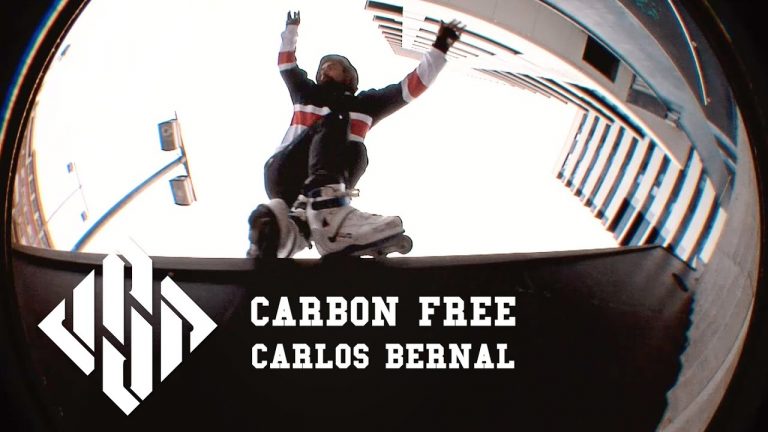 Carlos Bernal recently joined a prestigious group of individuals who have been awarded pro model skates from USD. The Spanish legend has been riding for the Powerslide brand for years and through his hard work and dedication he was given his own signature Carbon Free model, which are faintly reminiscent of classic Fila’s from the 90s.

To celebrate his new boot release, Carlos kicked off this wild promo video to support it and the man comes out of the gate guns a’blazing! Carlos is well known for his stunt filled, balls to the wall style of blading and he doesn’t change up his winning formula one bit. He really seemed to save his best work for this promo as he stomps down tech hurricane tricks on wallrails, laces awkward rail transfers and stomps intimidating roof gaps with ease.

BE SURE TO PICK UP CARLOS’ NEW BOOT IN STORES NOW!