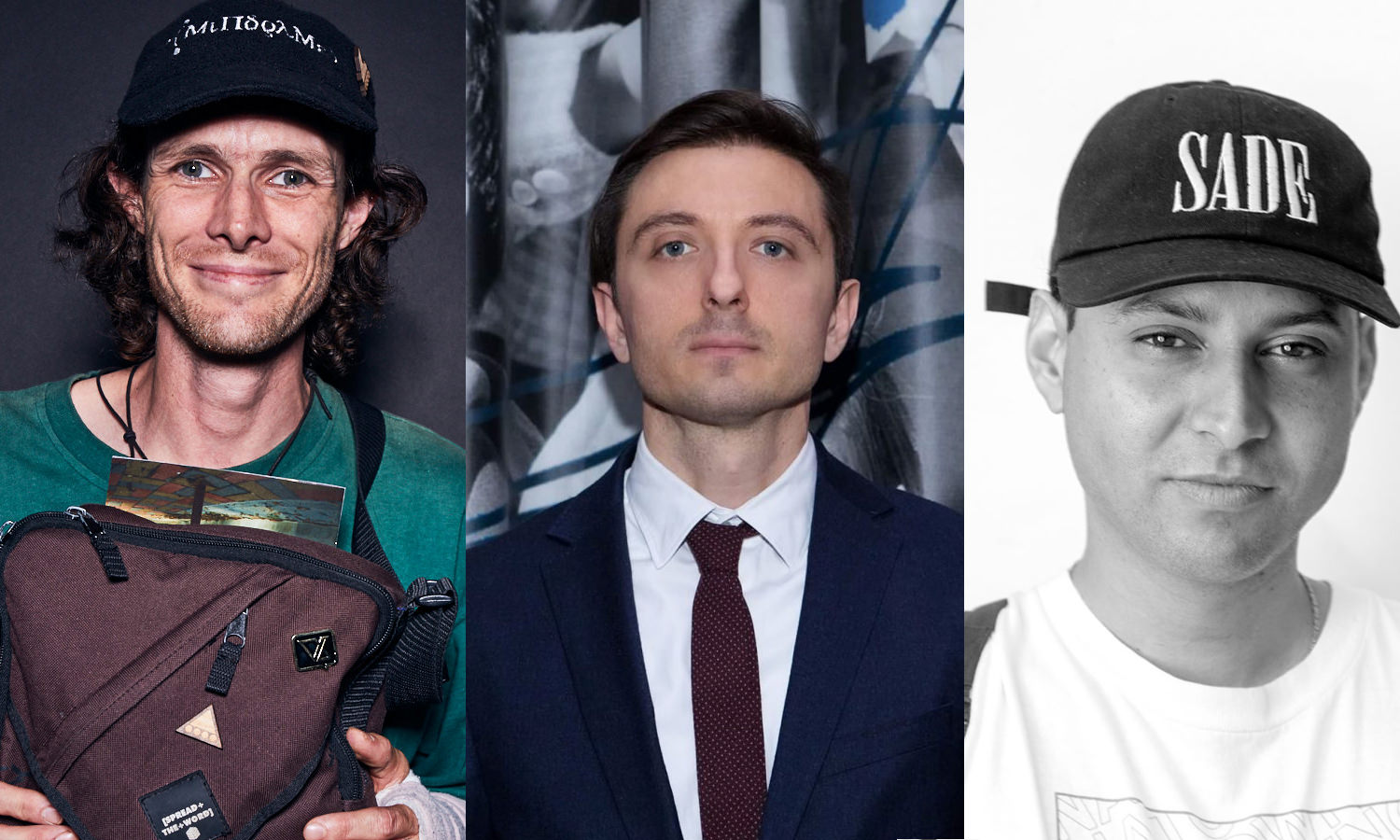 As we continue our exploration of the influential videos of blading throughout it’s history, it’s become clear that certain videos and series stand out. While we want to comment on it, we want to leave it up to you, our readers to decide what full length video is near and dear to your heart and souls (pardon the pun).

In this fifth and second to last installment, we chatted with former Editor in Chief of Be-Mag Josip Jagić, long time Australian skater and correspondent Chris Pullar, and THEM team rider Patrick Ridder to talk about the videos that most impacted them. There’s definitely a history lesson in this edition, because we are taking it way back with some of their choices.

We are wrapping up voting on Wednesday when we drop our final feature with our staff picks, so please vote for your favorite video before then. Ask your homies, post to your IG. Get those stragglers on Be-mag to vote for their top blade video of all time!

Up until then, I’m not even sure I’d seen rollerblading. I dropped skateboarding when I was about 12 because it was kind of hard to get skateboards in an Eastern European country throughout the war.

So, what made me fall in love with the video and rollerblading? I’m guessing it was the predominantly punk-rock soundtrack, the general DIY attitude that suddenly resonated with my fifteen-year-old self, and of course Arlo’s and Chris Edward’s antics on and off the blades. More an idea of the possibilities than the actual skating (which was still in embryonic stage).

It was that summer that really changed my life for the better. I started working and doing anything possible to get skates. I just wanted to be able to skate. I started building ramps and doing DIY punk gigs at a local club, which lead to skate trips, meeting skaters from all over the world, and building life-long friendships.

Thanks T-Bone Films. Thanks early Team Senate. Thank you Arlo. Thanks Chris Edwards. Thanks BHS and everybody else who was a part of Hoax I.

While I regard Adam Johnson to be the most important and influential filmer in the past two decades of rollerblading, it wasn’t his most loved and respected videos that really made it for me. While my friends were gushing over KFC II and III and Farmer’s and Haffey’s groundbreaking sections, it wasn’t till KFC IV that I really started loving his films, it was then when it truly came together for me. But what I regard as one of his most important legacies and contributions to rollerblading is Pariah. Coming out at a tumultuous time for both rollerblading and the DVD as a dying media, it’s a testimony to the introduction of the postmodern in rollerblading. We see all these incredible skaters all of a sudden finding their new voice, re-thinking their approach to tricks and blading in general, and the accompanying soundtrack that is both retro and extremely up-to-date, further proving rollerblading can bring you anywhere as an experience, as long as you don’t take it for granted.

If Terminator and Alien taught me anything, it’s that instant classics can be surpassed by their sequels, and blading had some James Cameron’s.

Morgan Stone, Shon Tomlin and their number one employee, Dave Paine, changed the world in ’93 with Dare To Air, featuring our first superstar, Chris Edwards. My initiation involved a borrowed copy of the followup, The Bottom Line. I was 13, it was 1995 and with a black screen, guitar distortion and a dude yelling “Yeah!” 3 times, my universe shifted. I was excited to see such a range of regions and abilities and the tricks being performed were unrefined but established but when Dave Kollash transferred between rails in slo-mo during a guitar breakdown as the camera zoomed in, it was like seeing an action hero deliver a lethal blow. The music was all punk but it was the kind I liked and there was even a profile of my scene in Melbourne. It felt like this was our future and the future’s name was Videogroove.

Two years later I witnessed some looting of the Australian Titles registration tent the night before the event as Tom Fry’s brother slept at his post in his car by the street course. All I took was a Bottom Line poster of Dave 360’ing between roofs and it’s framed on my wall and nineteen years later I found myself I catching the 360 backstory in person over beers with Dave in California. I am a thief, but I’m not a liar.

Accomplished Australian cinematographer Spencer Franks released a widely viewed and well received local showcase shot on 16mm called Krank in ’96. I thought the music was weird with a too much vert for my liking but those were the times, but ’97’s “No More Mr Nice Guy”, had improved filming and a suburb soundtrack, opening with recurring score of acoustic guitars and Brazillian chanting, into some Sublime with a chill factor of 100, an incredible live performance by The Prodigy, a dark remix of Method Man, Cypress Hill with Pearl Jam, beats by UK producer The Herbaliser and an explosive vert section accompanied by the guitars, sax and gang vocals of Dog Eat Dog. Filmed in Europe and Australia, the local spots and names were familiar but Tim Ward blew my mind and I certainly didn’t know people alleyoop makio-ing downrails anywhere let alone in my town, yet there was Josh Clarke at some nearby school. I started to realise that not only were Australians pushing limits at the time on the world contest circuit but in fact in the very streets I sessioned, which inspired my crew and we adopted a new standard of one-upping what we’d seen. It’s my second most watched video and my copy was dubbed but the 16mm picture still shone through, a format Spencer also used in ’98’s Back In The Day and 1999’s One Love. He did some really great stuff in just 4 years and I’m grateful. Years later I saw The Prodigy live and when they opened with “Their Law” I felt like the only fans in the sea of 35,000 that could’ve been as stoked must been other bladers like me, and as I bounded into the pit I imagined myself in an Amsterdam warehouse doing flyfish airs over the crowd. It was profound.

In 2000 Shane Coburn and Dustin Latimer’s “Brain_Fear_Gone” was like the first Star Wars; some prefer The Empire Strikes Back, but nobody says that the other one is rubbish.  Regardless of whether you like sci-fi, they were both groundbreaking and became instant classics. One introduced a team of heroes and a vision audiences weren’t prepared for and the next was deeper and darker, leaving you amazed and confused. I like drama in skating, I like Empire and I’m a Words man. Talk about sequels surpassing big expectation. On February 14, 2003 I visited my friend’s skate shop where he lent me a dubbed copy he’d scored of the most anticipated film in blading history. It was 2am by the time I pressed attempted to watch it and nothing could’ve prepared me and after some early rewinding I realised I needed to just let it play. I immediately rewatched it, meticulously analysing the frames of the washed out copy on a shitty TV with an inbuilt VCR until dawn.

Dustin’s peripheral vision rubbed off and I never approached spots the same way again, and realised a new state of consciousness  during the moments that Feinberg spun and cess slid down the side of a ditch at the peak of his second section, and when Latimer landed a fastslide down a square rail during a string tribute “Stairway” crescendo, not to mention pairing Farmer’s first section with the epic Local H who I was already a fan of. The drama was felt and the whole thing was pure art. I do love a good cover and Zepplin iced the masterpiece and the DVD gave us so much more including the “Together” best-of montage of the Sum of Aaron, Chris and Dustin that DL himself rates as one of his favourite sections of all time, featuring a Spanish piece that was the foundation for The Doors song “Spanish Caravan” which has been the song in my headphones during almost every single aeroplane takeoff I’ve experienced since 2004. You can’t easily wear out a disc but I used slow-mo so much watching Words that my DVD player developed a high pitched humming sound. The next time I felt such a dramatic thump in my chest was in 2010 watching a Jonas Hansson film, when Jacob Juul put down a line at the Berlin’s Kulturforum and a skateboarder threw his board to the ground in amazement, all to the sound of French horns.

Jonas gets it, and if this was a “top five”, Traitment and Dom West’s original Vine St would’ve made it in, but it’s not. And besides, they’re not sequels.

The first skate video I ever saw was VG4.

Jon Julio’s section got me hooked on rollerblading; back then, everyone wanted to skate like him and look like him and everyone loved tribe called quest. But that was just one section.

That video definitely made an impact on the scene and I think it’s one of the most important pieces in rollerblading history.

But my personal favorite is VG5.

The skating made such a big step from 4 to 5, it was way more experimental, styles got better, new trends and new tricks.

I still get goosebumps, haha.

I rewatch VG5 every now and then and am still inspired by it.