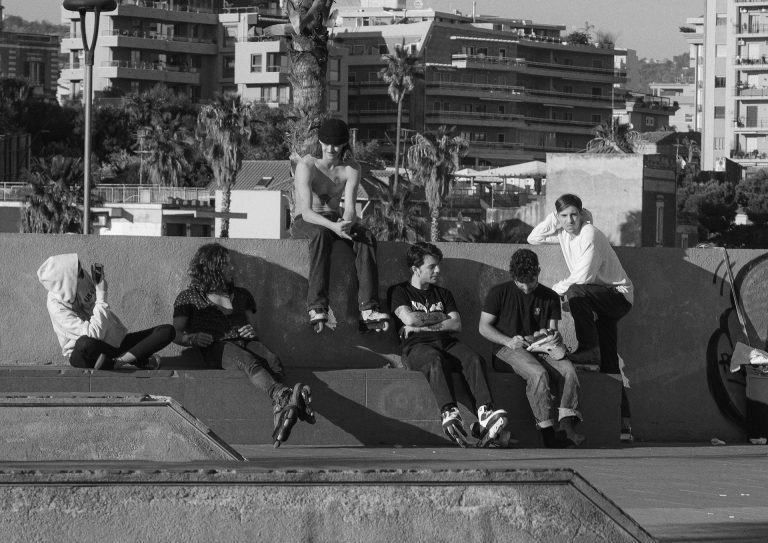 BEHIND THE MAKING OF ROCES’ MIZZICA

BEHIND THE MAKING OF ROCES’ MIZZICA

It feels like it has been an eternity. During the time it took for this project to take its final shape, things have changed so drastically around us, it now sees the light of day in a whole different world than the one it was conceived in. With their freshly released video titled Mizzica, Roces gives us a chance to take one last glance at the world that once was… right before it all abruptly ended.

If you survived this gloomy introduction, fear not as the mood on this trip was the exact opposite, and the following article will try its best to translate the same joyful atmosphere! The whole week spent in Sicily was indeed so positive on every level, that even if from its smoking crest, Etna had started throwing balls of lava onto the sky, I doubt it could have wiped the smiles off our faces longer than a minute or two. But in order to properly set the stage, let me take you back a little more.

Right after another intense Winterclash had erupted a final roar into the night, an interesting cast started assembling in the early hours of yet another foggy Sunday in Eindhoven. It was composed of Italian riders Francesco Fama and Giuseppe Lunetto, high profile amateurs Levi van Rijn and Grant Hazelton, along with Japan’s Yuto Goto, Israel’s Bobi Spassov and Latvia’s Nils Jansons (in so many words: the pro team). This all-international ensemble was guided by non-stop babysitter Martina Margiotta and all-around helper Marco Valera, who together form Roces‘ very own power couple, and would be joined upon landing by Matteo Caligiore, the eye behind the Flabby Muscles[1]  and main videographer on this project.

On the sidelines stood yours truly, an independent reporter of unbiased integrity and excellent morality.

Now, you may already know Sicily is a hot spot for tourists. Planes fly and ferries sail there, the cost of living is relatively low, and accommodation is easy enough to come by: one could virtually book an apartment as late as upon boarding their flight (which we actually did). Just as important for this type of trip, the weather is warm and dry, and skating under perfect blue skies every day sure didn’t hurt in February. Instead of Palermo, the more popular and populated capital of the island, we comfortably settled in the lovely city of Catania. Between the charm of its old town and venerable buildings, the scenic views of the coast around Aci Castello, the eerie atmosphere of an early afternoon in Rosolini’s empty streets, and the solar feel of olive trees growing in sunny fields along the road, the Italian manufacturer treated its international team with a real slice of the country.

For beyond skating itself, creating and strengthening the connection between the different riders seemed to be the main goal here. Hard to think of a better plan to tighten the bonds indeed: A one week vacation on a sunny island, sharing home-cooked, family dinners and deep, personal talks any time of the day, and often until late at night. Stupid jokes and persistent laughter contributed to the group’s mood and positive attitude, and overall it resembled the kind of trip you’d take with your longtime friends.

Only to get your ticket there, you’d better make sure you’re ready to skate all day too.

However, I may not need to get into much detail when it comes to the skating bit, as you’re probably familiar with most of these guys anyway, and after all, that’s precisely what the edit is for. What is worth mentioning is that despite how chill the mood and easy-going the group, there was no time for slacking either, and not a single minute of the day was ever wasted.

Out the door and into the cars by 10 am, the crew would often wait until we had a base camp set at the first spot before they’d drink their first espresso, caffe lungo or cappuccino. Simple math tells you one doesn’t stack 60+ clips in just six days by sleeping in, taking off late, and going home early. Quick trips to the panificio for snacks and beers kept the crew fed and hydrated during the day, and it would be dark by the time we’d get to enjoy dinner all together, and share a few bottles of Nastro Azzurro or unfiltered Ichnusa in the evening. So suit yourself and watch the video if you want to see some actual tricks, because the boys truly did deliver.

And when it came to the food, Madonna! Did Sicily deliver too!

The menu included tortellini di carne and ravioli al pistacchio e ricotta from some grandma shop, and home cooked pasta al ragù and pesto genovese. Trips to the bakery brought us calzoni spinaci, funghi e besciamella and prosciutto cotto e cipolla, stops of the coffee shop delicious arancini con ragù and an even tastier, greener version con spinaci e ricotta. We would get gelato as often as possible. And pizza. Never enough pizza: pizza secca del panificio, with pomodoro or pesto; the classics al tonno or quattro formaggi, a fancier estiva grigliata with freshly grated Parmigiano on our final night, and last but not least, the big, fluffy, cheesy schiacciata! If you still had room for dessert, the incredible frappe al’ cioccolato or pistacchio were in high demand in these times of carnival, and you could always count on a late night run to get the island’s best cannolo!

I’m not even done digesting it all, yet I’m already hungry for more.

Unfortunately, it doesn’t look like it should be anytime soon: our bellies full and hard drives filled with great footage, just as we were making our way back to the airport with the proud feeling of a mission swiftly accomplished, Italy moved into the first stage of what would quickly become a nation-wide lockdown, and would then lead most European countries to close their borders. It was just a couple of months ago, and it feels like it’s been an eternity. Thankfully, we now have these sunny memories to share with you, and remind us all of the happy times we had in that world that once was!