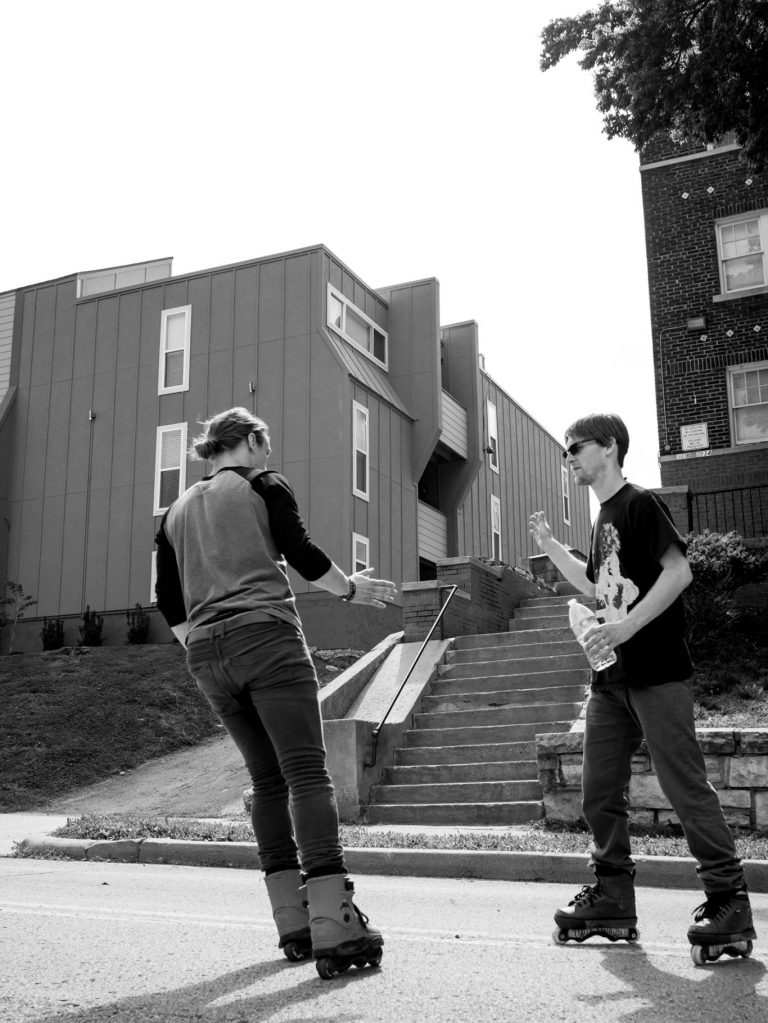 A Be-Mag intro before the actual interview intro, that Adam Johnson kindly wrote for us: The Gentry Don Bambrick and Brian Weis section is the split section of the decade. Now, back to AJ’s intro…

Most of us wish we had a sibling that skated. Someone to have a friendly ‘rivalry’ with. To keep you honest on wether a trick was good enough, to make you skate when you are feeling lazy, and to get you juiced to go the extra mile. While Don and Brian aren’t technically blood, they have been holding down one of the oldest scenes in skating for quite some time. Their web series, Not Cereal, helped shine a light back on Detroit and made the two almost synonymous with the scene. These brothers from the Streets of Detroit have close to 40 years of shredding between them and neither seem to be slowing down anytime soon. Enjoy their newest collaboration from Street Urethane: Gentry. 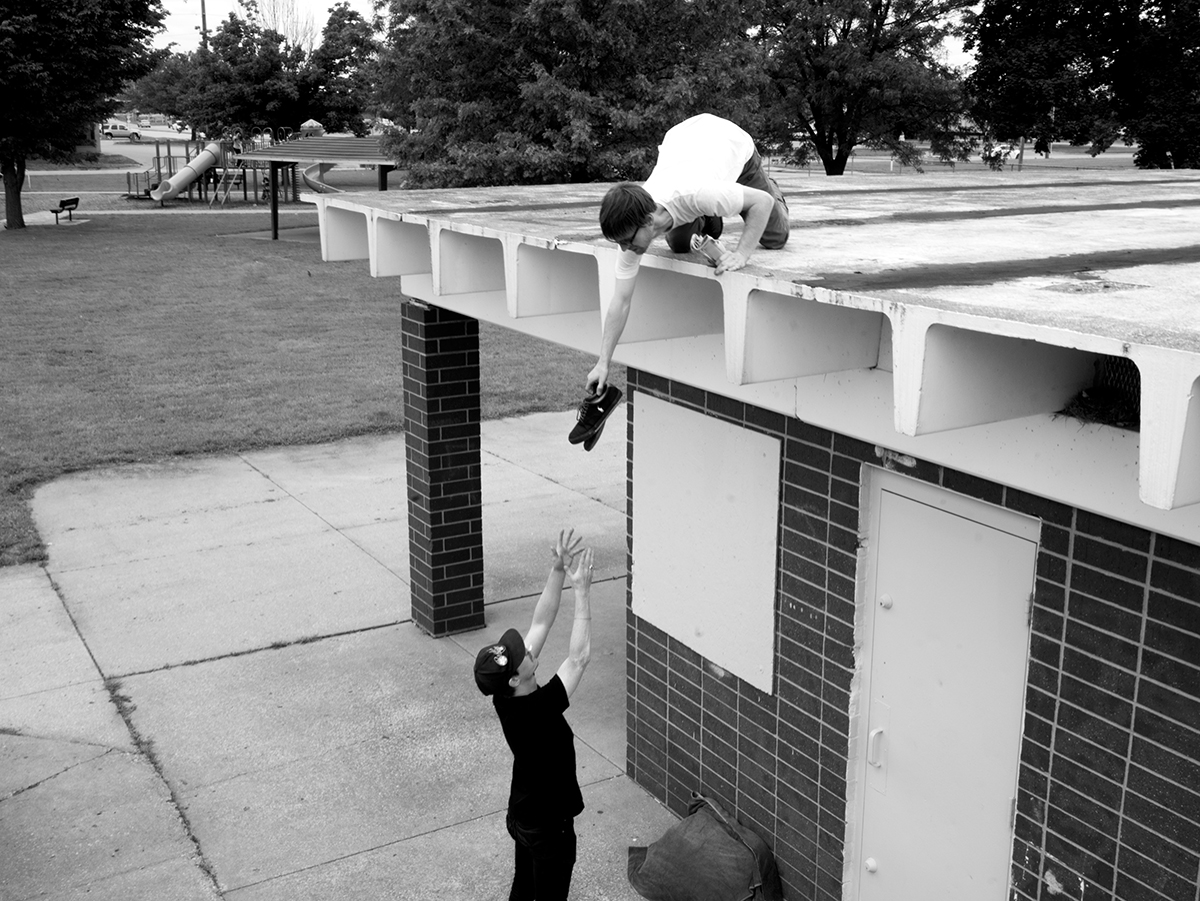 
First question goes to you both. How does it feel to work with Street Urethane and such an oppinionated dude like AJ?
Don Bambrick: Well it feels great! (laughs) I’ve been on Street since the start and I have been working with AJ since I was sixteen. First video section was Generic tour video. Aj is family to me and we know each other very well. So working with him is pretty painless.
Brian Weis: It’s great, wouldn’t be a part of it if it wasn’t. Happy to be working with like-minded hardworking people like AJ and the rest of the Street Urethane dudes. I’m the newest but I think we all mesh together pretty well and having a few laughs isn’t too hard either.

Don, did being a part of street urethane and working with AJ help you stick to blading? Brian, what happened with Haunted and was the transition painless? How did AJ approach you about it?
Don Bambrick: AJ brought me into the Vibralux family and then Street and its been on ever since. He’s made a bunch of sections of me over the years. I would be on my blades no matter what but he’s definitely given me plenty of opportunities for my skating to be seen by a ton of people over the years.
Brian Weis: Haunted is still around and well. I just decided it was best for me to make a move to Street when the time came. Matt and I are still really good buds and I hope there’s no hard feelings. Don and I hang together a lot and blade together a lot so we talked and wanted to make it happen. AJ was on board and here we are! 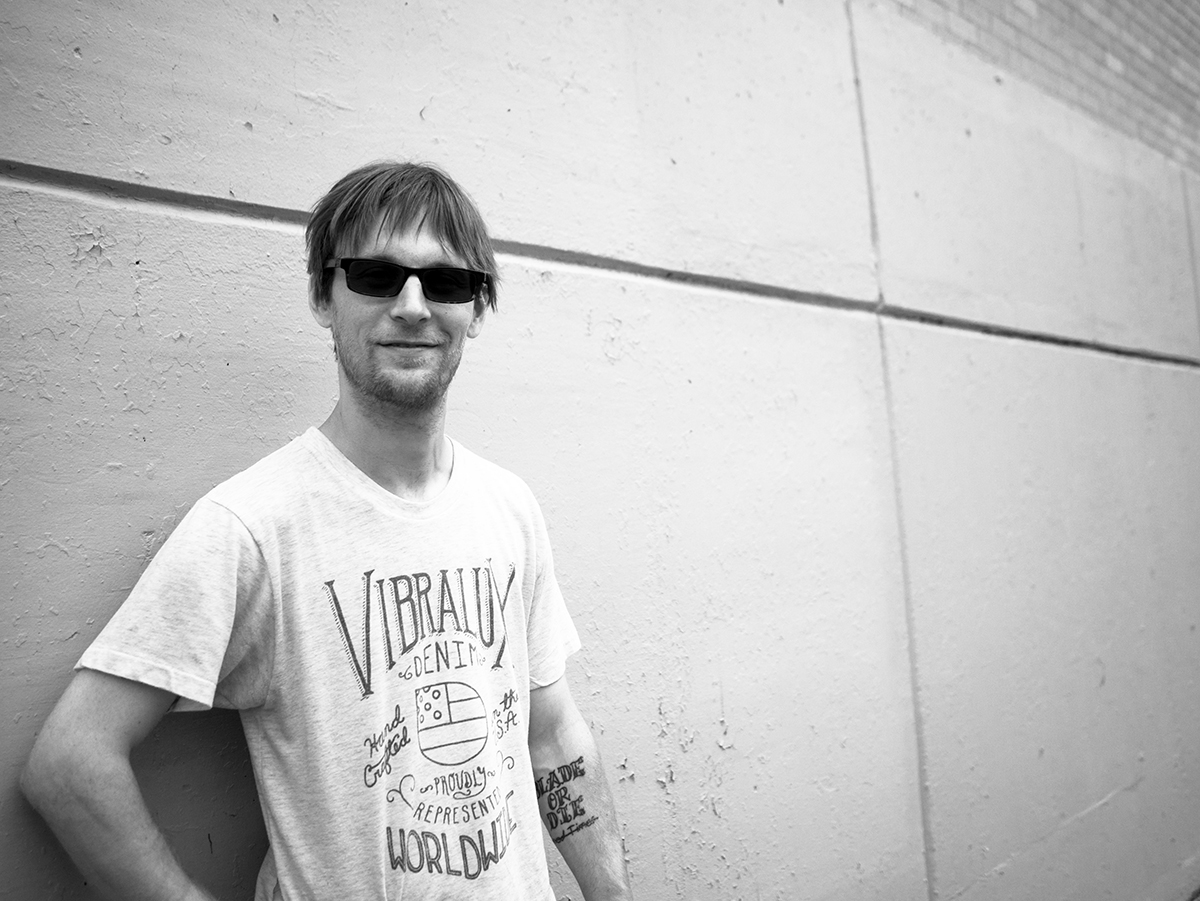 Don, you have been skating a bit longer than Brian and Detroit was always percieved as a strong scene. What has changed in Detroit in the past decade? Brian, do you feel a certain responsibility when skating, being part of a scene with a long history?
Don Bambrick: People have come and gone. We have a group of younger guys that are getting really good! The scene is very strong! I always attribute that to the fact that we have always had great indoor skateparks over the years. A lot of rollerbladers from back in the day have been dusting of their skates lately too.
Brian Weis: Hmm, I wouldn’t say so. I just try to skate hard and challeneg myself and have fun. Nothing more than anyone else that puts on blades and supports our scene and events here. I just make sure I show up and have a good time with anyone I’m with! 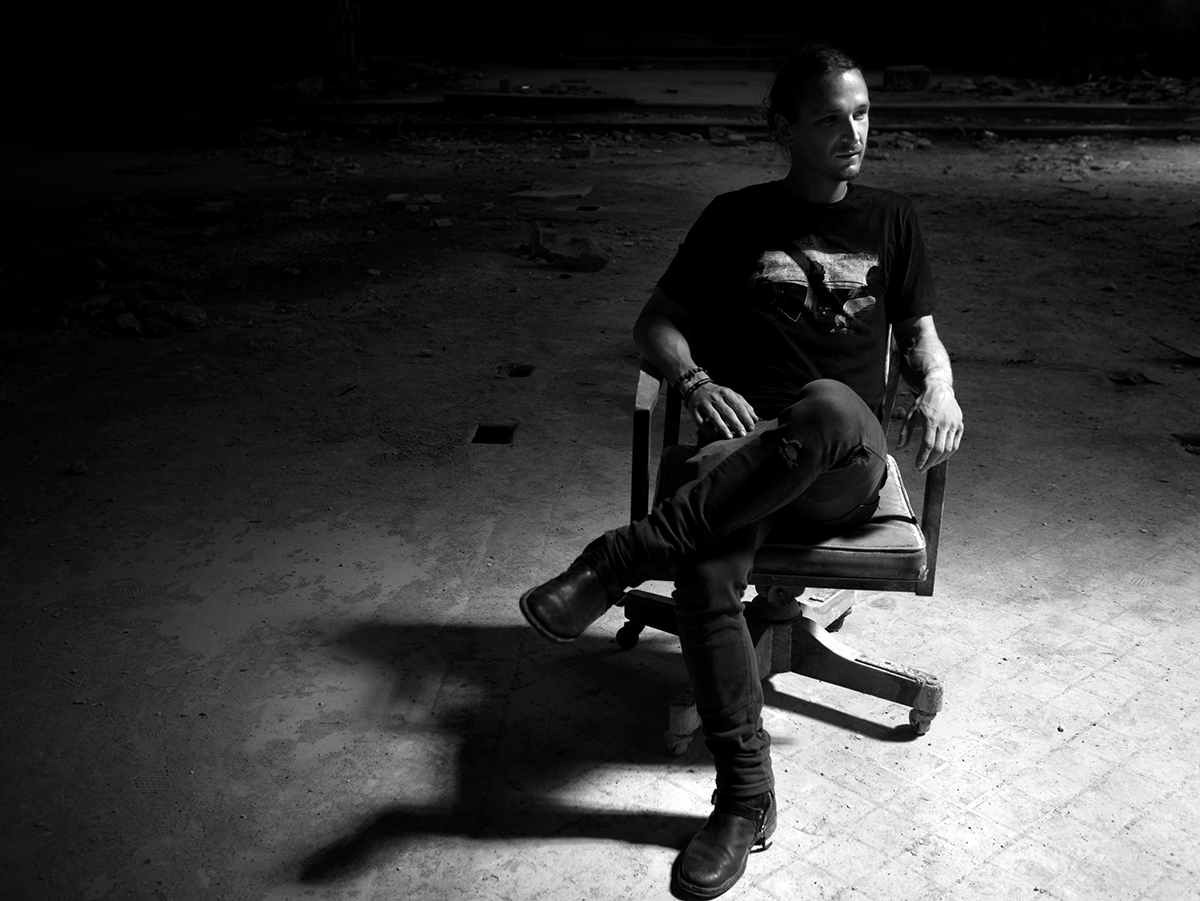 I remember being jealous at the fact that Octona seemed to really keep the kids skating and created a good vibe. You were lucky to have it.
Don Bambrick: You are 100 percent correct. Octona was the place to hang out with other rollerbladers back then. Actually Al Dolega deserves a ton of credit too. He ran two skate shops , was the brains of our 10 year + Friday night skate and had lofts with ledges and qaurter pipes in his living room for our scene to skate in the winter. Al is the man! 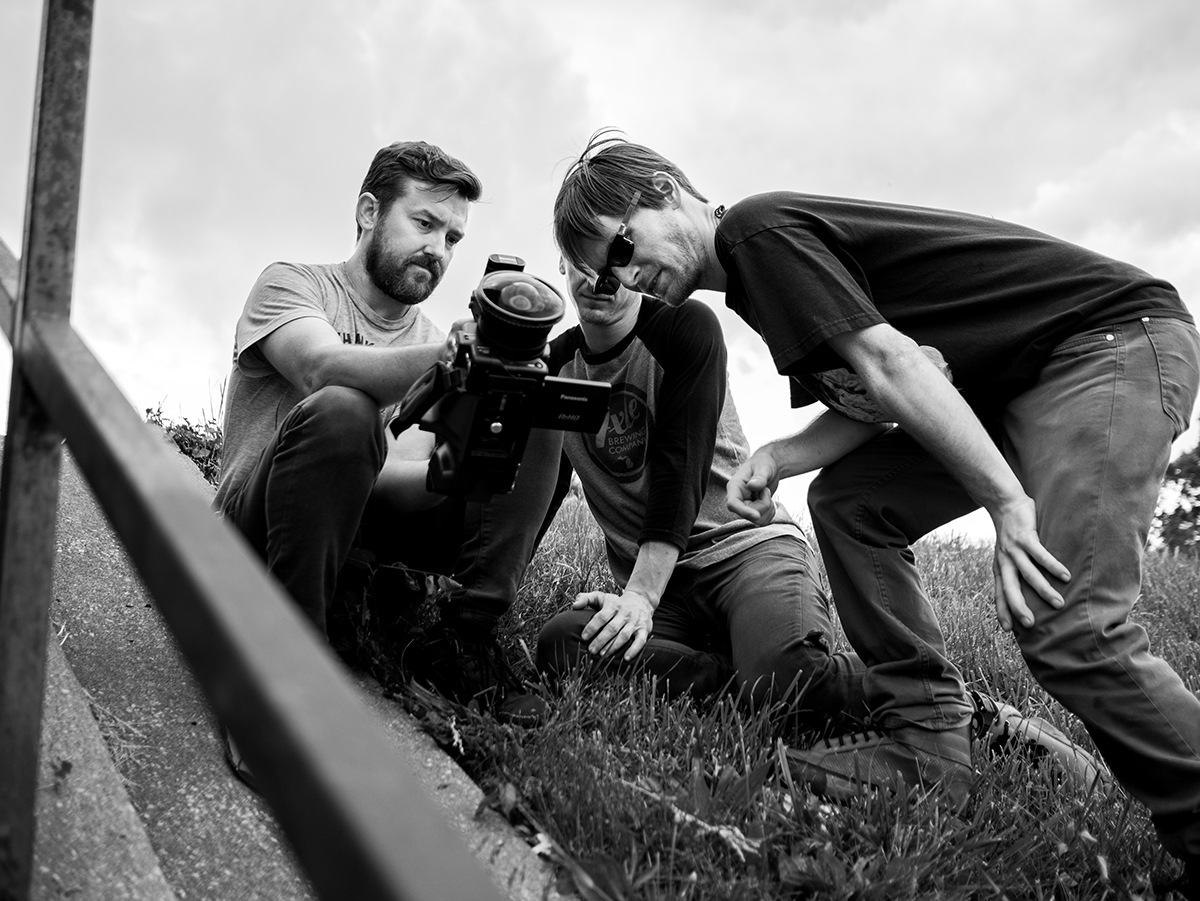 He’s a badass Be-Mag messageboard persona too 🙂
Don Bambrick: He was also involved in most of our local contests and now he is the master at building all of our DIY skate spots we have here. Yer my boy blue!
Moving forward… Don, you have an experience riding pro for big skate companies. Is there a piece of advice you could give, or have already given to Brian? And Brian, what’s your ambition in skating?
Don Bambrick: Skate. Talk to kids. Be vocal about concerns or opinions. I don’t tell him much. He understands what it takes to be a pro. He skates all the time and puts out quality content non stop!
Brian Weis: My goal is to…

Don, that sounds sensible. Do you regret any moves in your pro career? The same question to you too, Brian? Do you see a pro skate happening with Razors, Brian?
Don Bambrick: I made plenty of mistakes but they made me who I am now. I wish Razors and I didn’t have the falling out we had. I was young and dumb.
Brian Weis: I wouldn’t say any regrets but I would have taken more chances with things. Followed my heart a bit more then the head. But shit just like Don said, I wouldn’t be who I am today if wasn’t for all of it. Full speed ahead! Not really sure about a skate. I guess we will see. We have a really good relationship and I have no signs of slowing down, so only time will tell! 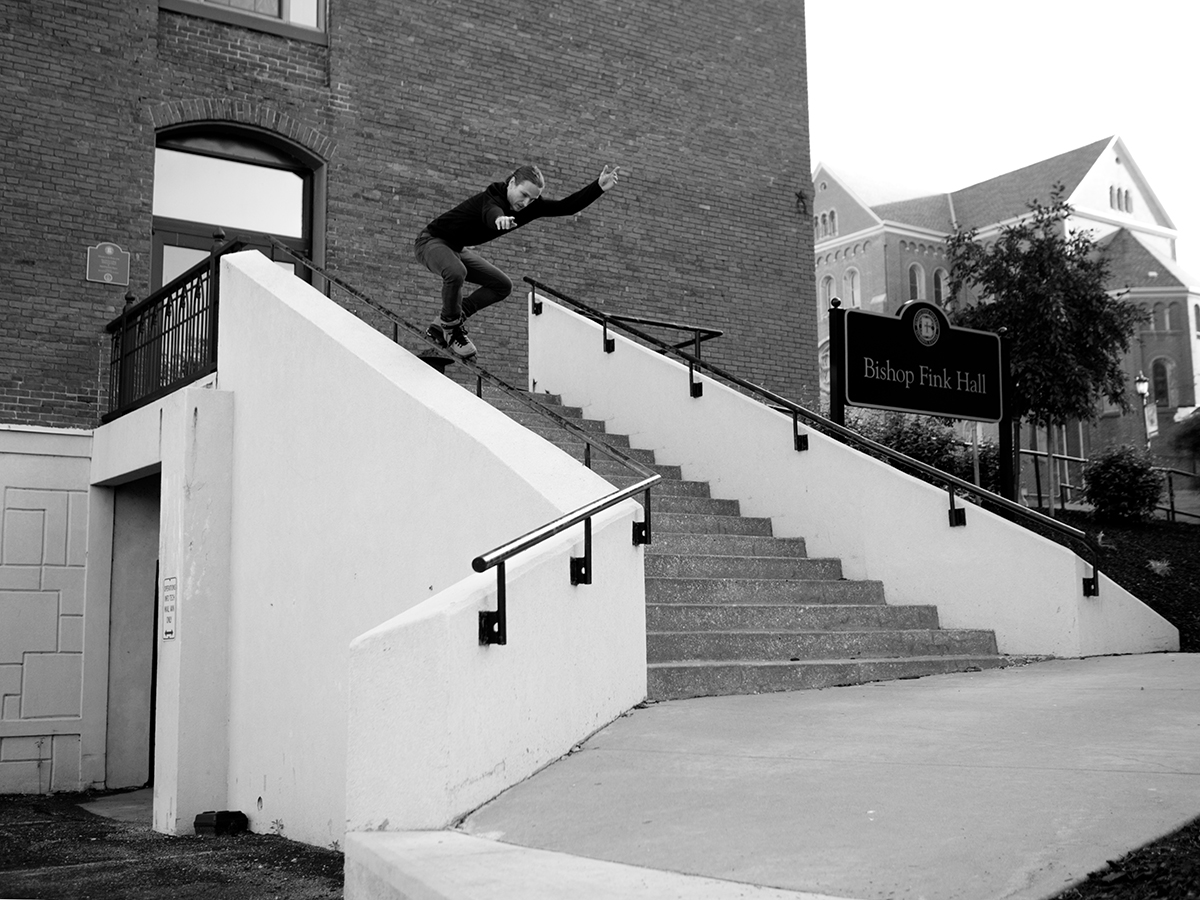 That’s very sincere, thank you for being so straightforward.
Don Bambrick: I wish i would have given contests more of chance too. I actually enjoy being a part of them now. Its good to throw down with your boys in front of a bunch of people who love skating.
Brian Weis: Yes, contests! I agree with that too, Having a lot more fun with them now and I really look forward to them now. 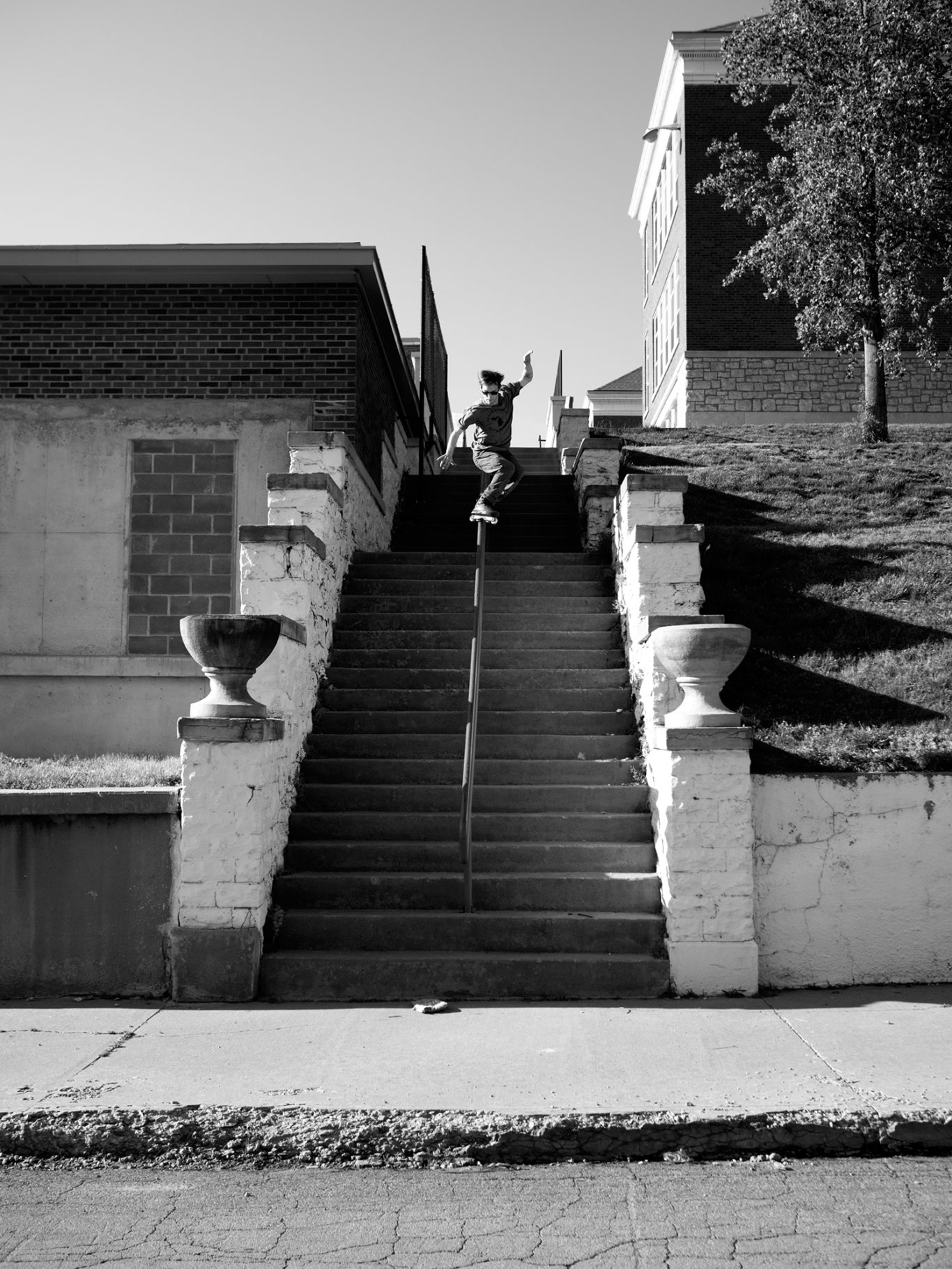 Don, I know you have a family now. Could you imagine yourself going on tour anytime soon? Brian, you going on tour anytime soon? Do you both think contests could help with the popularity of blading, or are they more of a closed party?
Brian Weis: No tour plans yet, more than likey blade cup and probably working on another piece this fall
Don Bambrick: Well I have already since being a father. They have to be on the shorter side now though. A week is about my time limit for trips. Its cool though i just have a much more dialed in approach to them. I think competitions are a great way to show off our sport. Especially to kids and they are the future of our sport.
Brian Weis: Yup, younger ones are number 1. Contests and events give those kids something to be involved in and look forward to and as Don said, also a way to show what we can do. I think they work hand in hand.

Don, has being a parent changed your approach to risk taking in skating? I loved your latest VOD, and you skated hard for it.
Don Bambrick: I can’t get hurt. haha Not that i ever planned on it before but now i just can’t. I try not to let it affect how i skate. Im pretty confident in my abilities and i just try to walk the line. 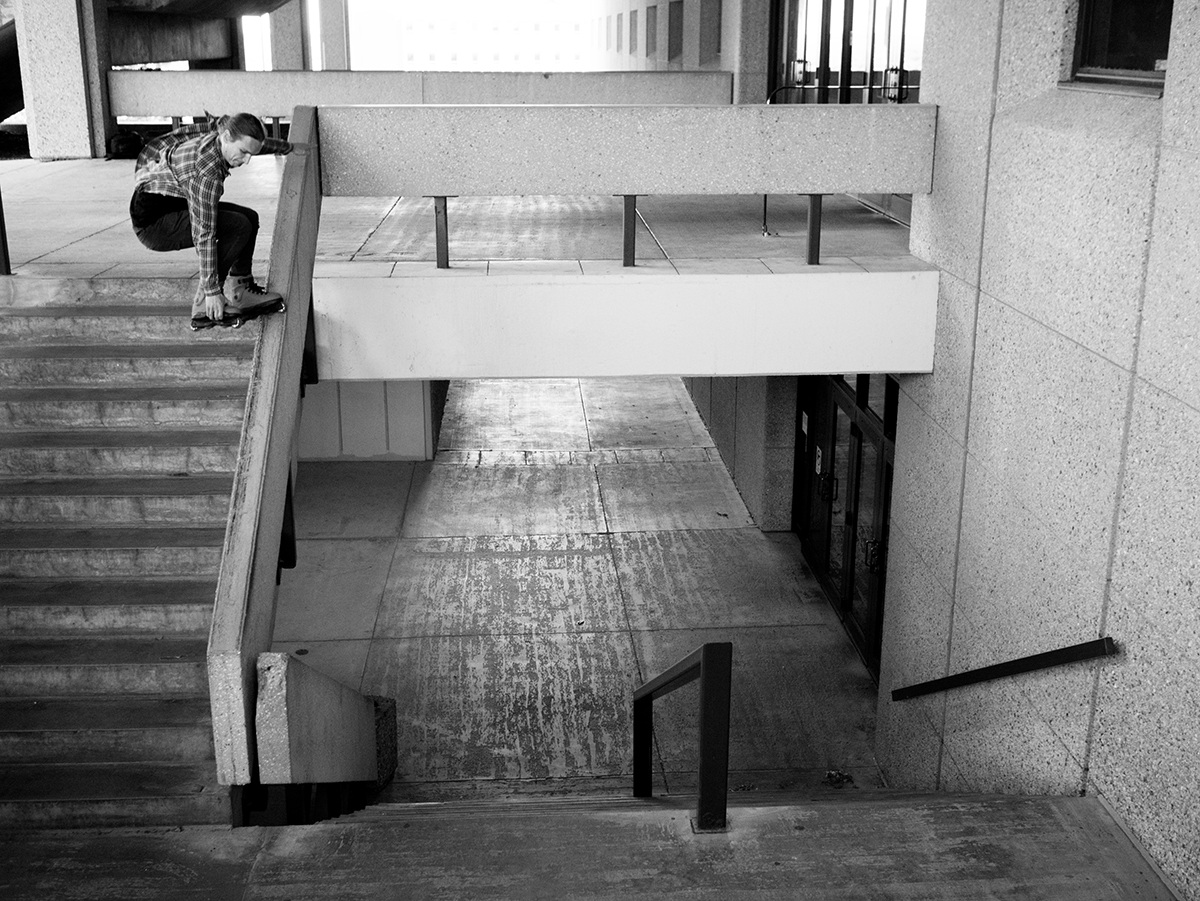 So, how long did it take for you guys to film for this section? What will it look like? Did you skate together for it?
Don Bambrick: Guestimating I’d say a month.
Brian Weis: We did skate together for it. Took a trip to KC and then spent some time here in Detroit, Lawrence, KCMO and a few other cities in between.
Don Bambrick: AJ is putting it together as we speak but basically Brian and myself ripping the streets together . Filmed and Edited by one of the best videographers in the game. 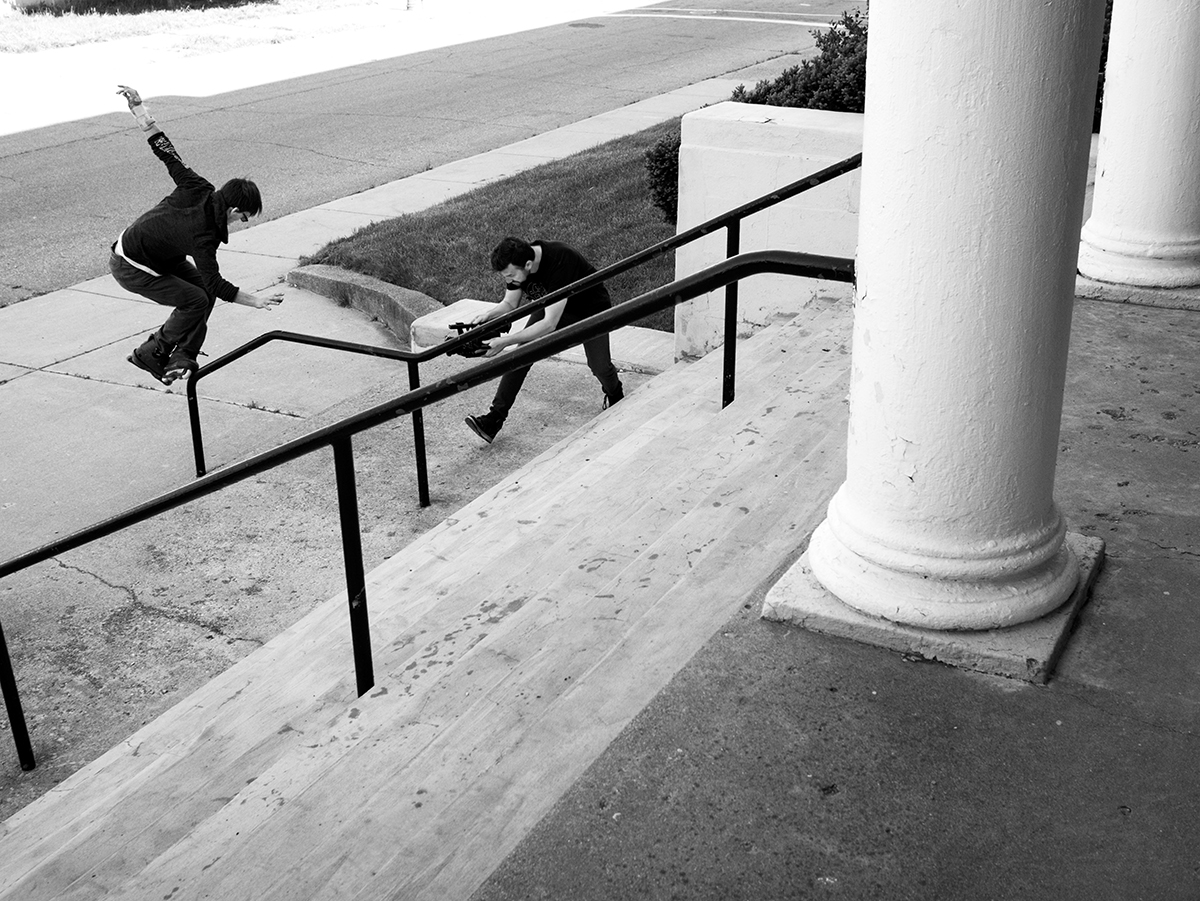 Yeah, I’m guessing you can trust him to deliver. Brian, were you in an AJ production before?
Brian Weis: Minus filming some tricks together for last years streets of Detroit edit, first timer haha. Can’t wait to see how it turns out. Im high fiving 16 year old me;)

That sounds great. Whats next for both you guys, skating related? Brian, you mentioned another project? Don, will you be collecting footage for the Valo 6 vid?
Don Bambrick: Not sure. If they are accepting contributed footage I’d love to.

They’d be crazy not to.
Brian Weis: Yeah, Im trying to get some plans together at the moment so no real details to talk about yet, but definitely something before the year’s up. I’ll more than likely be out at Blade Cup and I’m going to tag along with the blade homies here down to the KY battle and King of Cle contests in September. Other than that weekly sessions with all the Detroit homies.
Don Bambrick: I wanna go to King of Cleveland too!

Well, you should go together then 🙂
Brian Weis: Ahahahaah. Welp looks like Don and I will be at king of Cleveland and prob in the same car;)

What would you change about the politics in blading to make it better?
Don Bambrick: I’m not involved in the politics of skating anymore. I just skate and try to be a positive representation of my scene and the sport that i love.
Brian Weis: Wow, how do you follow that up lol? Youre a badass, Don. I just wish we could all move forward together in more of a collective effort. Lots of things feel seperated. Wish blading could be more in unison with all its different parts.
I guess we can work as a community more. Not just disliking something then writing that off and making your own version and seperating that from the other. You can create your own vision and still work with other visions under the same roof. Maybe not together together but they can both exist.

Be sure to check out Brian’s photography work on instagram @brianweis and at www.brianweis.com 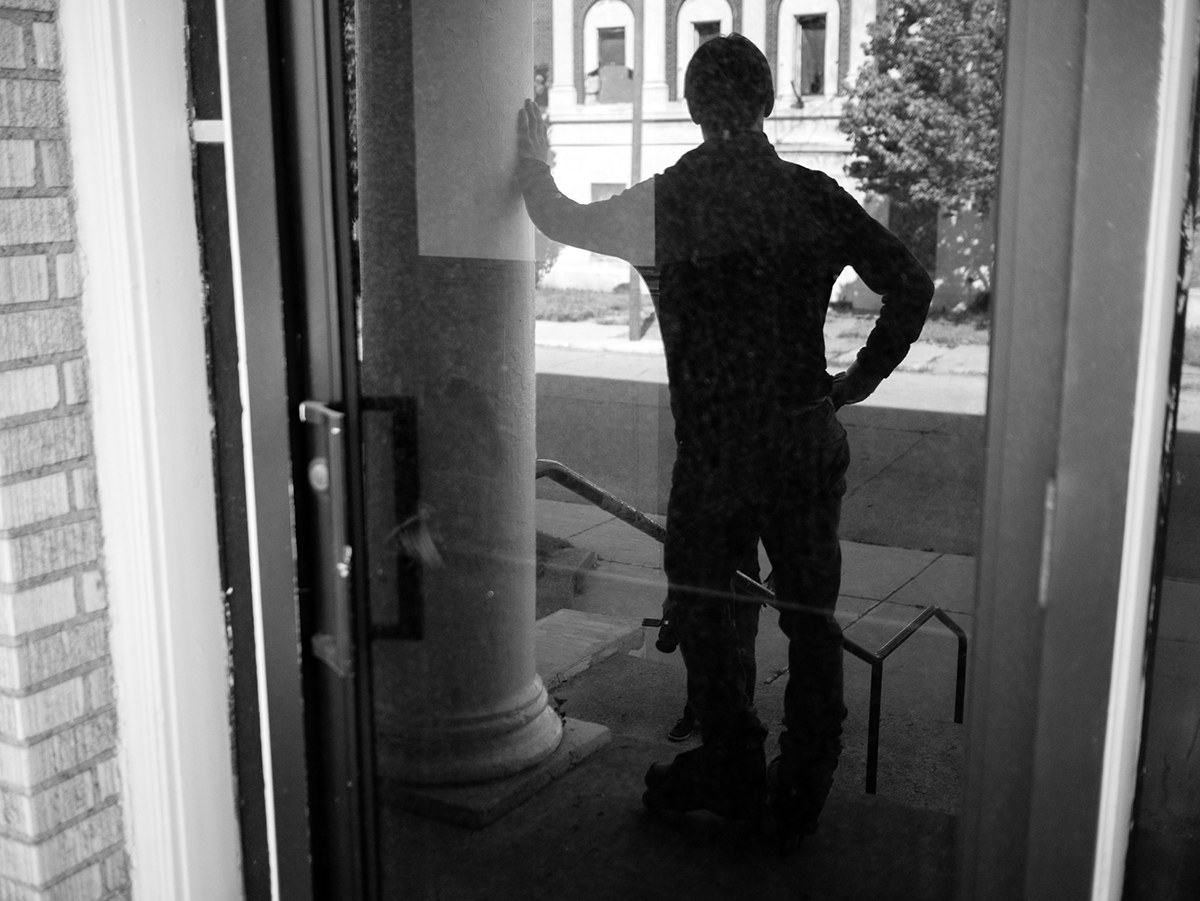 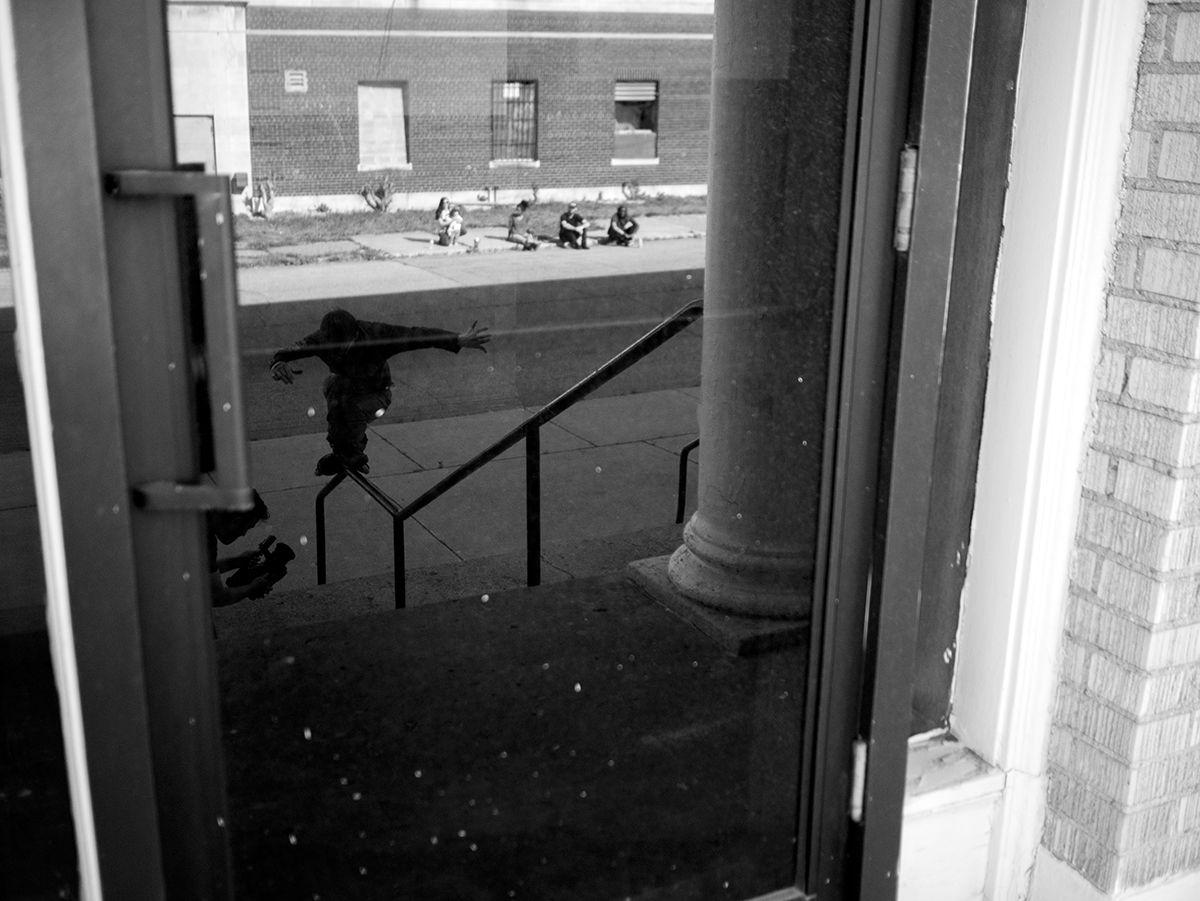 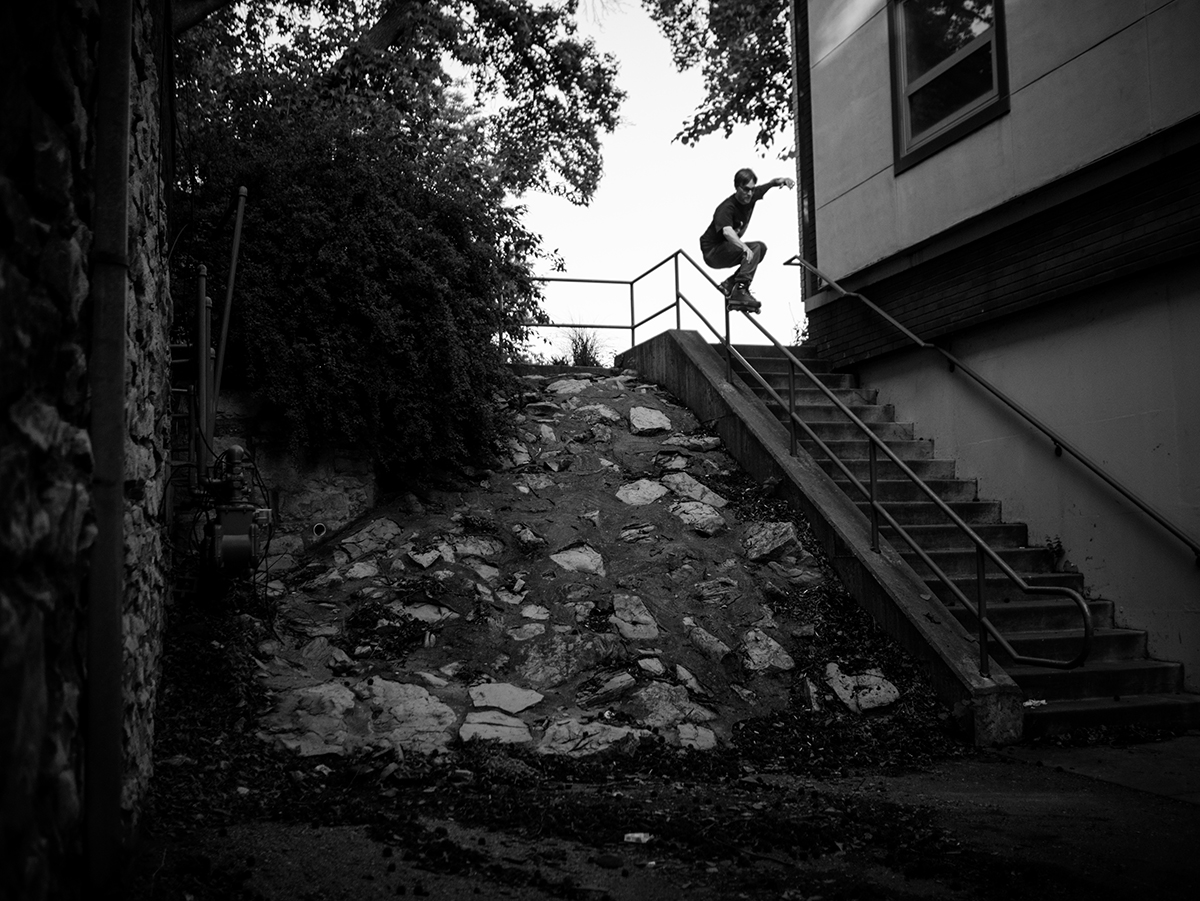 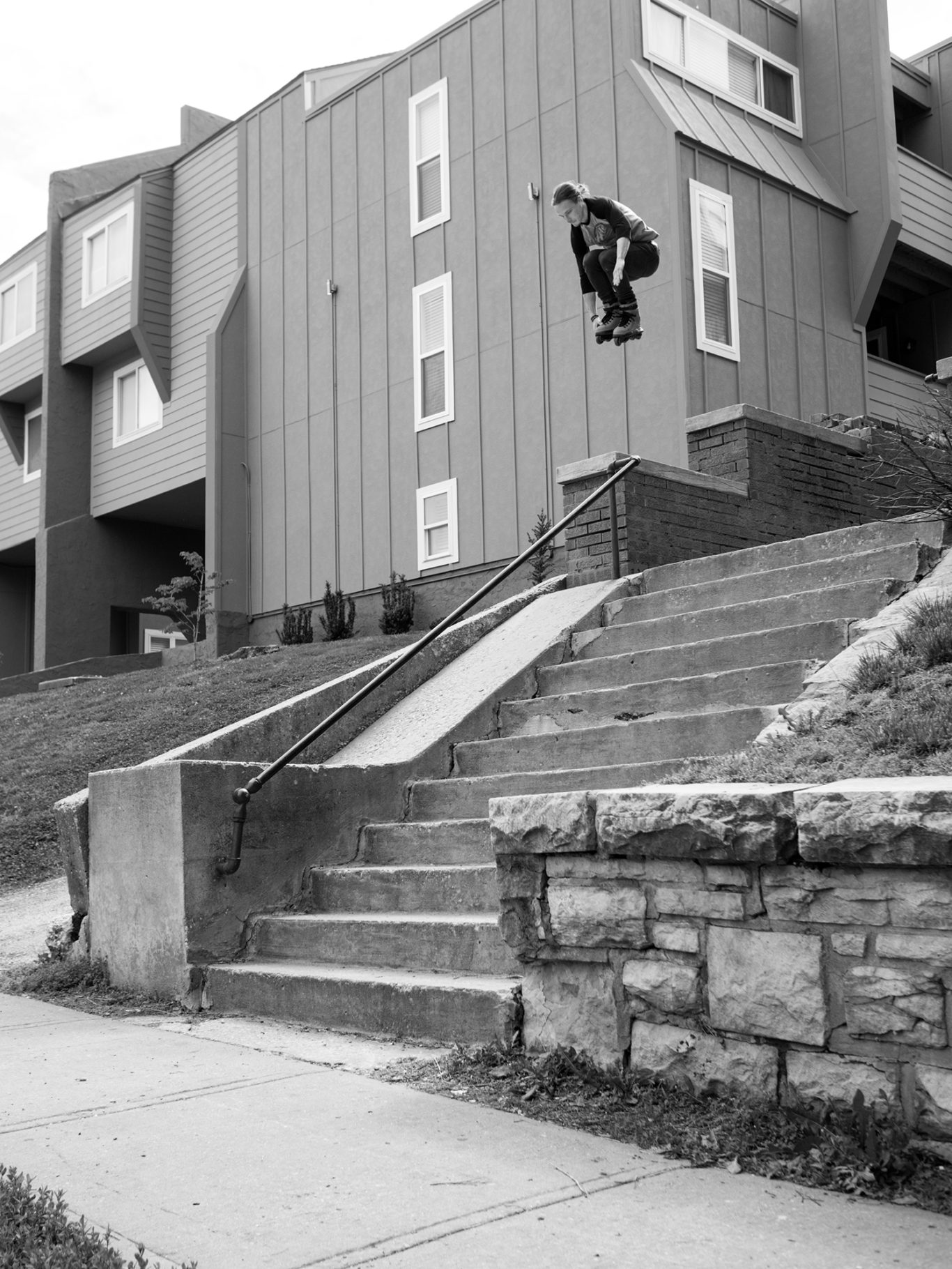 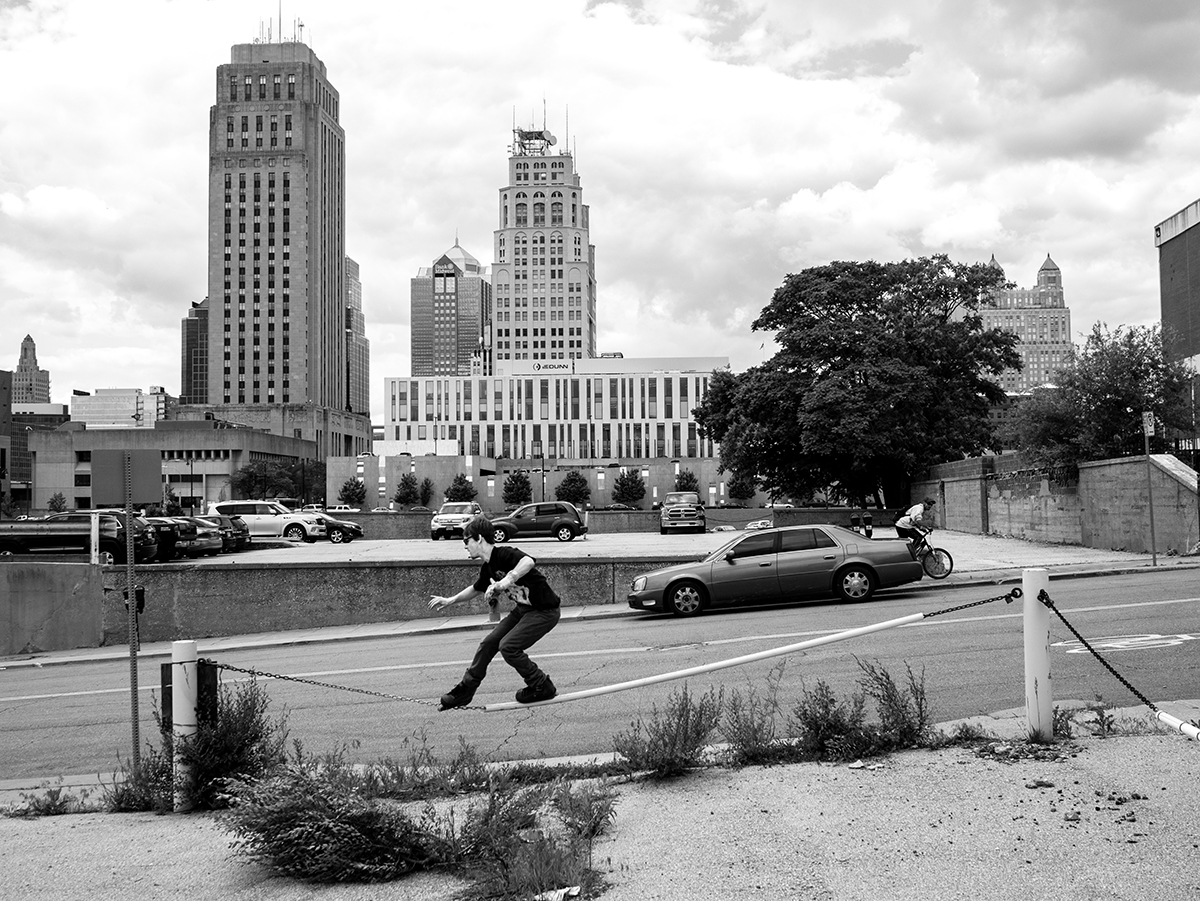 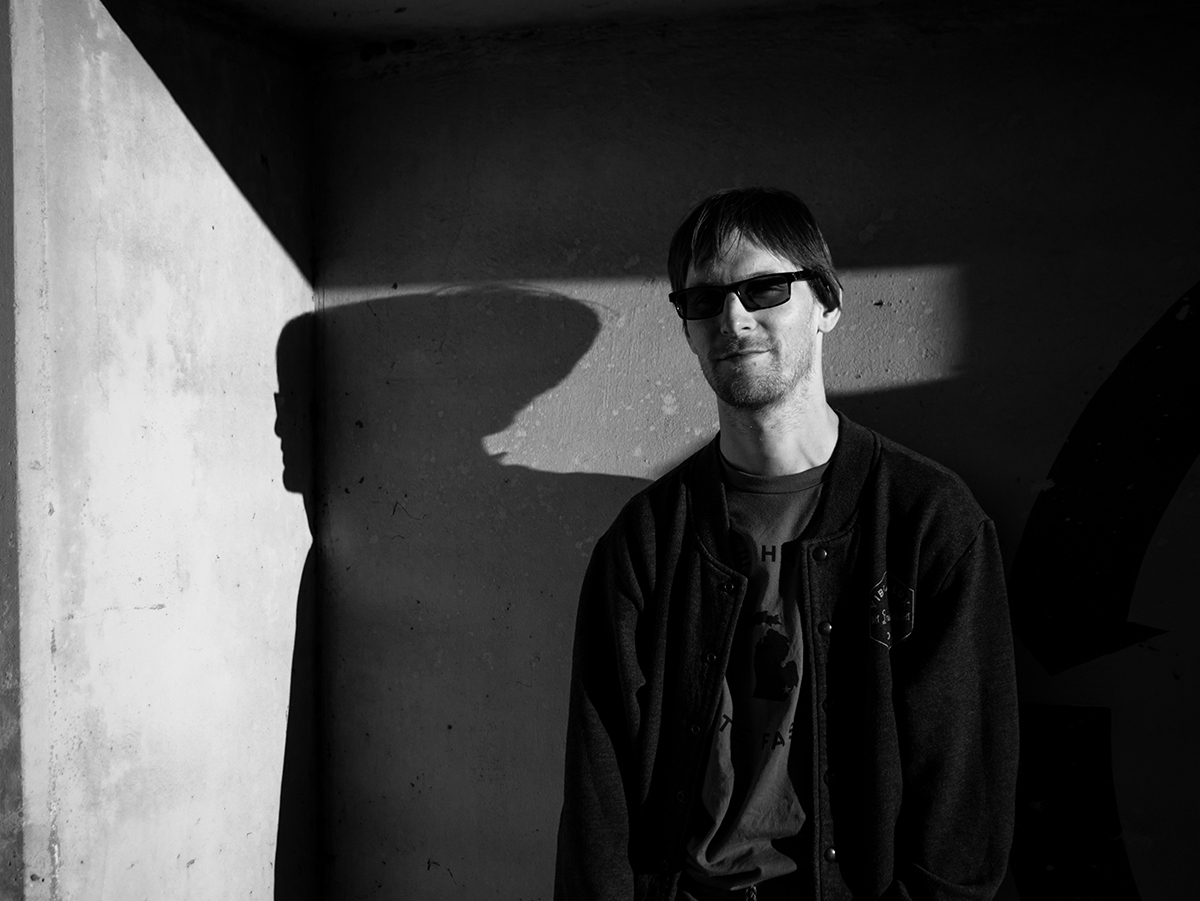 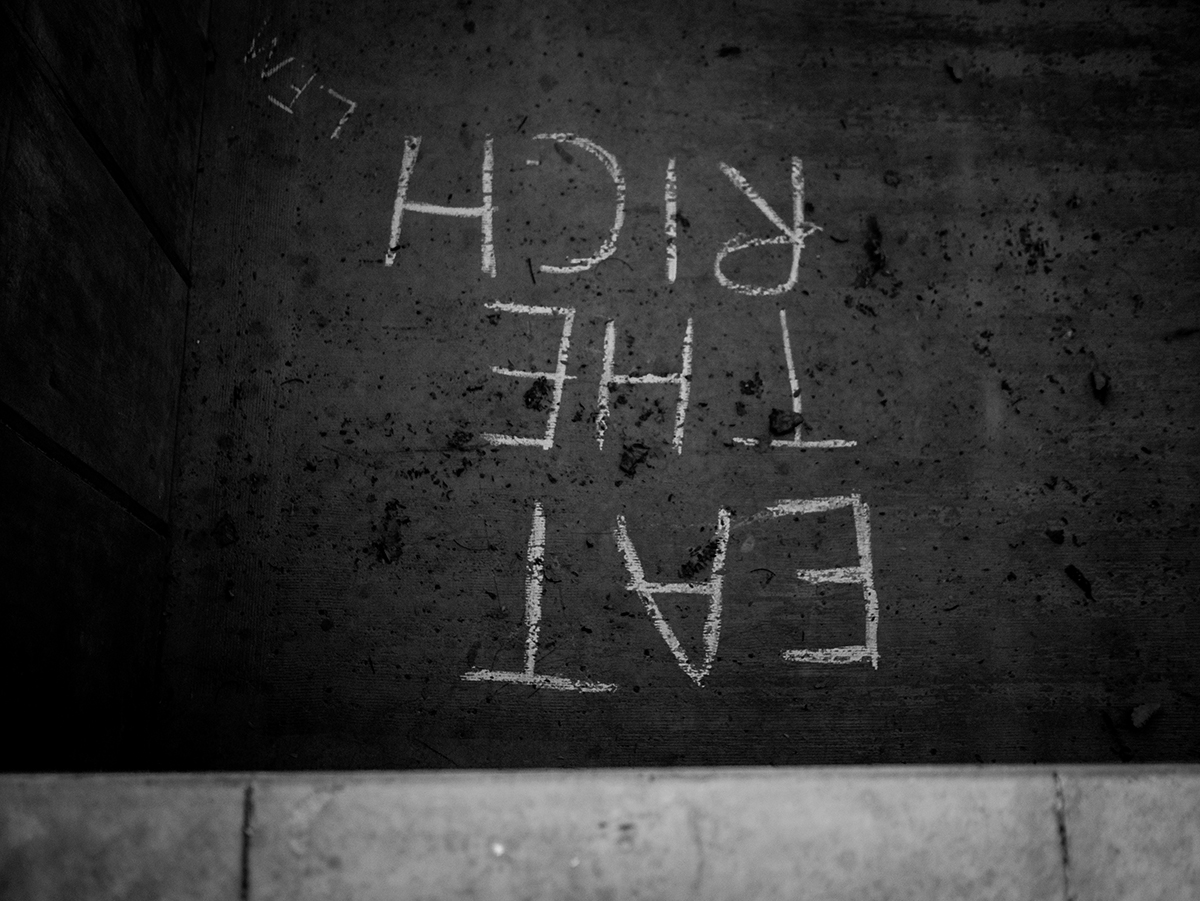