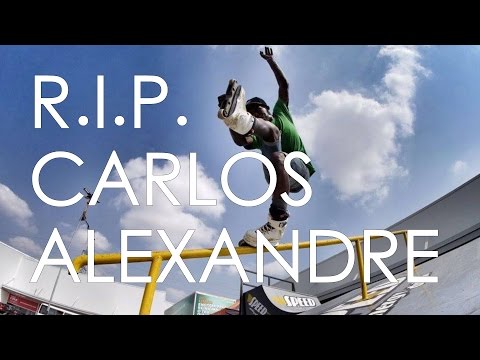 In Africa, kids dream.. and probably they dream about the most simple things we all take for granted in life.

I knew my friend Carlos Alexandre had a dream of having something written about him in Be-mag, I just wish it wasn’t this way. And this makes me think “Why? Why haven’t I written an article about him before if I knew how good he was and how much he would appreciate it”?

I have to admit, losing a friend makes me think, makes me think of how much we all don’t appreciate the most simple things in life.

About four years ago, I came to the Real Africa for the first time, and I say the Real Africa, because if you go to a tourist destination you´re not coming to Africa, you´re coming to what the government wants to you to think Africa is. Well, that doesn’t really matter, what does matter is that in my first trip to Angola, I met young Angolan skaters. They had nothing…they were just getting used to have paved roads where they could skate.. and there I was, trying to teach these kids how to drop in on the ramps that have been sent from Portugal, without knowing what was about to happen to my life.

Fast forward it one year and I was back in Angola for the fourth time to work with the same kids that were now better..and fast forward it 6 months more, and I’m living in Africa. Closer to these kids and closer to what I believe to be the future of inline skating, these young passionate kids.

One of these kids was Carlos. I remember Carlos came to me and said “Ricardo, i want you to tell me a trick, so that I can train and learn it” , and I told him the most weird shit i cold imagine, just playing with him and told him “alleyoop citric negative avid”,well, later that day carlos told me “Ricardo, check this out”, and there he was, Carlos doing Alleyoop citric negative acids like only a very few people in the whole world would.

Later that week, there was an international event happening with demos from Montre Livingston, Takeshi Yasutoko and others, happening in Angola, and I did all i could to have a skate competition for the locals, and guess who was the winner? Yes, thats right, Carlos was a gifted skater.

But more than someone with a gift for skating, Carlos was one the most humble and respectable kids you can imagine, and trust me, its not easy to be like that in a country, where the survival of the strongest is so evident.

Since then, Carlos has been part of my life, every time I flew to Angola he was there for me, showing me places, presenting me to people, making sure I was safe everywhere, and what saddens me the most it to know he won’t be there anymore.

It saddens me to know I wont be able to see him again, to see his progression on what he loved more than all of us….and trust me, I consider myself a wheel addict, but Carlos was way ahead of me…this kid used to breathe, sleep and eat skating. This kid used to work to buy wheels for him and for his friends to have people skate with,

And I could keep going over and over and over.. but all I can say is “Sorry Carlos, Sorry i didnt make this happen before. You were more then good enough to be here and in a lot more magazines, videos, and whatever you dreams were, but I always tought you were getting better and better and your time would come. Trust me, I have learned my lesson.

Miss you way too much.
Lino