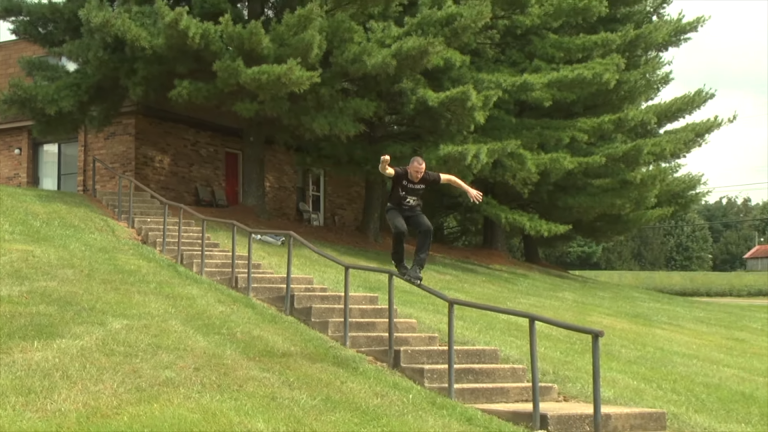 In talking with Stefan Brandow recently he was very excited about an upcoming Roces project that he was working extremely hard on that he wanted to release before the new year. He had shown me an incredible edit that was mainly leftovers that he felt did not meet his high expectations. The leftovers video had its fair share of hammers and seemed nothing like normal throw away clips, but Stefan’s standards are not typical in the least. In watching the prequel to his new profile for about a month or so, the anticipation for his legitimate one was growing as the days went by.

Well Stefan has finally dropped his newest promotional video for his skate sponsor, Roces, and it shows that Stefan’s meticulous nature has payed off in the form of what could be his most hammer-filled work thus far. If you are a fan of BMX videos, than you might be aware of the legendary Sean Burns, a rider who has left his mark by skating the biggest roof gaps & stomping the biggest gaps imaginable. In watching Stefan’s new video it drew numerous comparisons to Sean’s stunt filled riding and further cements Stefan as an individual that is carrying the torch for stunt seekers within rollerblading.

Let it be noted that Stefan has consistently dropped numerous profiles year in and year out for well over a decade now and always stays relevant with fresh and innovative tricks. He seems to have gotten rather bored grinding the typical obstacles as he has now shifted his focus to linking lines off of rooftops and what would make for the most interesting way to jump between two massive buildings. We just hope that Stefan’s body can hold up with this amount of abuse because it sure makes for an entertaining watch! Great job, Stef! 👍

Be sure to follow Stefan on his social media accounts.