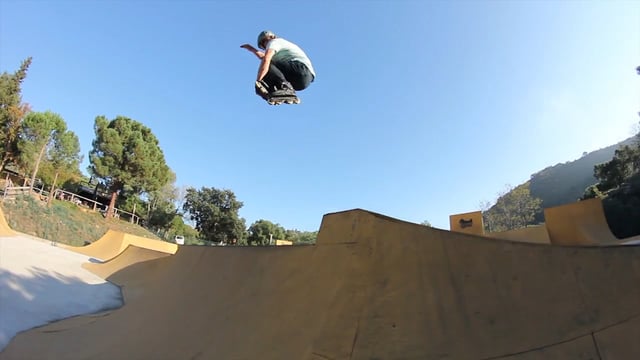 Less than a week ago, Be-Mag featured Julian Coulter‘s 2012 street skating edit in the Flashback section, and it garnered impressive reader attention and reach, so what better way to ride the wave than Julian dropping a bomb as f park blading profile? In the introduction to this new edit, he says he’s always considered himself a street skater, skating rails, gaps, droprails, ledges, flat banks but he discovered how fun it is to skate parks.

And he sure does seem to be having fun, with big spins, flips and all around technical skating he’s been known for on street, slaughtering parks in France, Spain and Andorra. After Grant Hazelton‘s edit yesterday, we’re more than happy to present you with another banger.

Filmed by Natasha Ermakova, edited by Julian and Natasha.