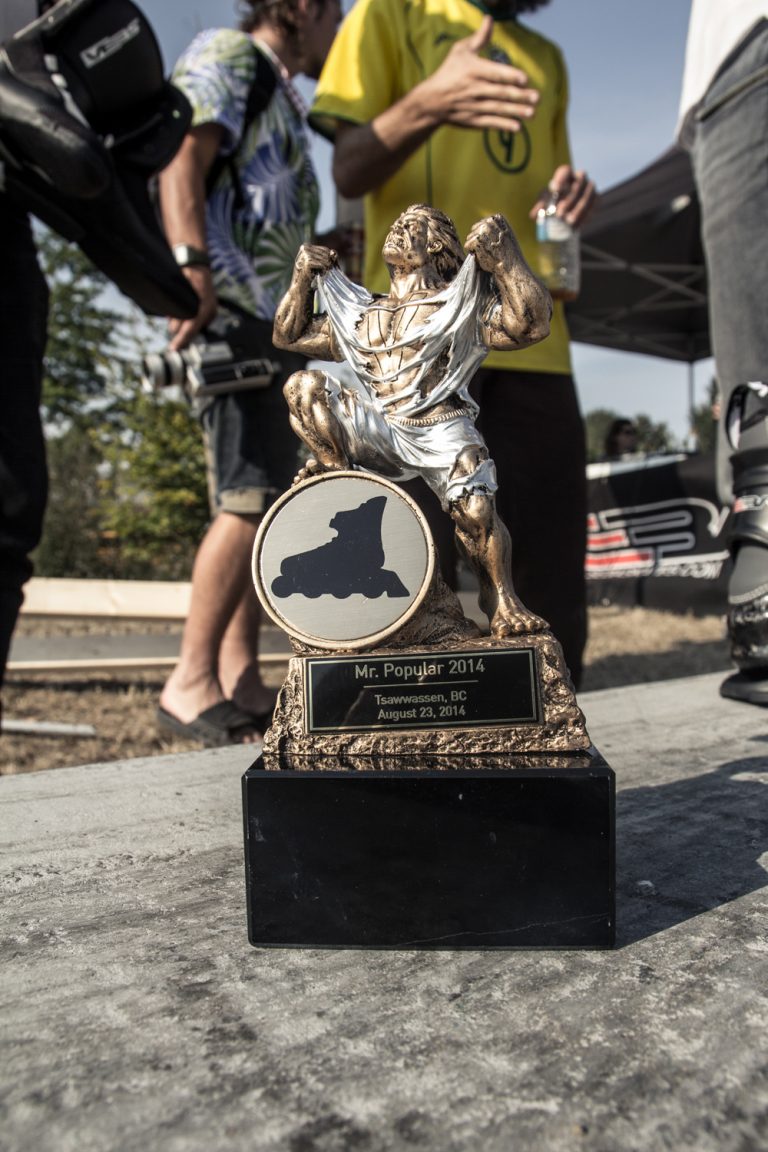 It seems like there is no better place than Canada to ever be called “Mr. Popular” thanks to rollerblading. This year again, the Pop Contest took place in Tsawwassen and it sure looked like another successful event! Here are the full results of the day, along with this sweet little edit brought to you by the Digital Media division of Beer in Hand Productions and some great photos taken by Marian Sorge.